This week’s episode of Wisdom of the Crowd picks up right where last week’s left off – with the new evidence alert. It turns out that the new evidence in question is a picture, in the background of which Mia can be seen arguing with a man in a black sweatshirt. Of course we can’t see his face, and when Tanner speaks to the poster they can’t identify him either, but they are able to tell Tanner that the picture was taken before a protest against an alt-right speaker at Berkeley. This gives Tanner an idea – and he knows the exact man who can help. He goes straight to Cavanaugh and asks if he can get Berkeley PD’s arrests records from the protest. Cavanaugh refuses, telling Tanner that the department won’t be partnering with him on Sophe. While Tanner is harassing Cavanaugh, Detective Ruiz is speaking to the distressed parents of Antoine Reddick, a missing 13 year old prodigy. Never one to let a crime-solving opportunity slide, Tanner secretly snaps a picture of Antoine’s missing poster and sends it to the team at the Hive.

Meanwhile, Tanner’s ex-wife Alex is speaking at the opening of a new affordable housing project; but the gathered press are only interested in asking her about Sophe and the possibility of Carlos Ochoa’s innocence. Back at the police department, Tanner interrupts an interview with Antoine’s parents; the team at The Hive have noticed that Antoine was wearing a fitness tracker. Tariq is just about to track the device, when he realizes that a Sophe user is already doing it. When the team connect with the man he has found Antoine’s jacket in the trash: bloody and with the tracker still attached. Much to Cavanaugh’s annoyance, the boy’s parents ask for Tanner’s help to find their son. 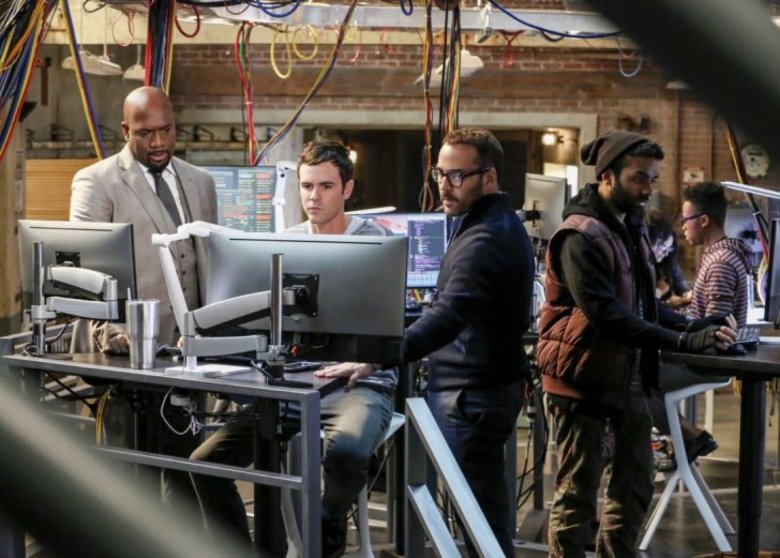 When Antoine’s parents and Cavanaugh arrive at The Hive, Josh explains the idea of user generated theories – and the team quickly pick up on the parents’ claim that Antoine only played 2 hours of video games per week. Tariq is able to gain access to Antoine’s player account, where he discovers that the boy was being trolled online by another user – who turns out to be a convicted sex offender. The police rush to the man’s house, and although they don’t find Antoine there they do discover that he was running a sophisticated business within the game, selling items for inflated prices. When the team at The Hive investigate this further they realize that all of Antoine’s items for sale have coding attached to them – coding that relates to classes. They buy one of the items; it turns out to be test answers that Antoine had hacked from his school’s online system.

Back on Mia’s case, Tanner visits Laurie Myers – the friend who sent the voicemail in the pilot. She was at the alt-right protest, but Mia wasn’t. Tanner asks her about the secret boyfriend; Laurie is adamant that it wasn’t Carlos, Mia was open about Carlos. But then she tells Tanner that his daughter could be secretive; and that she struggled with the idea of coming from a family with money. Meanwhile in prison, Carlos (now with a black eye) is visited by his mother. She tells him about Sophe, tells him that Tanner is trying to help him.

At The Hive, Mike Leigh, Tanner’s long-suffering lawyer, once again tries to tell him that Sophe is hemorrhaging money, but Tanner doesn’t want to hear it. After he witnesses an intimate moment between Tanner and Sara he goes to her office, and questions her over her lack of an employment contract. 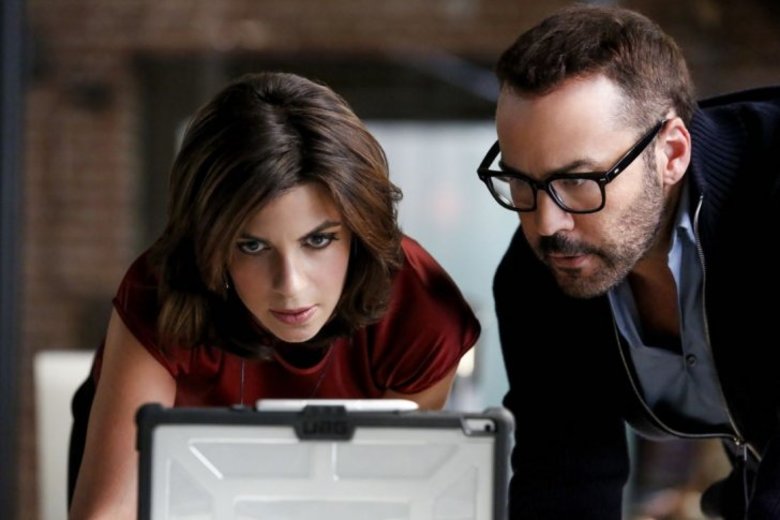 Cavanaugh brings in all the kids who bought answers from Antoine. None of them want to talk, until Tanner shows up and threatens their parents with blacklisting at every major college. One kid then reveals that Antoine was with them the night he disappeared, he had deliberately left his phone and backpack in the library so that his parents couldn’t track him. They had gone to a liquor store, where Antoine cut his hand on a beer can, leading him to dump his jacket in the trash, and had then gone onto another kid’s house where they continued drinking. When they woke up the next morning Antoine was gone.

Tanner confronts Mike about his conversation with Sara. Mike tells Tanner that he saw them together, and he is concerned that mixing business and pleasure isn’t a good idea. Tanner immediately defends his lover. He wants their relationship to remain a secret so that she gets credit for her work, and isn’t just known for sleeping with the boss. Meanwhile, a curious Alex signs up for Sophe (with the somewhat questionable username of ConcernedMom17). 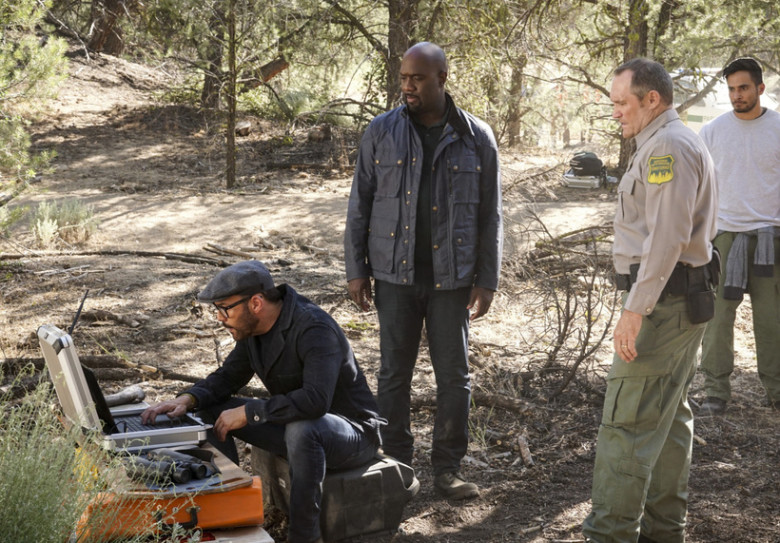 Cavanaugh and Ruiz go to speak with Finn, who Antoine called the night he went missing. Finn tells them that he went and picked Antoine up, he asked why he was hanging out with those kids and Antoine told him about the stolen test answers. Furious, Finn stopped his car in the middle of a wood and told Antoine to get out. Then the fight turned physical and Finn kicked the younger boy over a ledge. A Search and Rescue team is immediately sent to the area – and of course Tanner also shows up. Back at The Hive Josh wants to use user generated theories to narrow down a possible area where Antoine may be. The team target specific Sophe users, but a search of the the area they choose yields nothing. Tanner quickly realizes why: the satellite images are old, the terrain has changed. The selected users use this new information to pinpoint a second location, but the Search and Rescue Chief doesn’t want to follow Tanner’s lead anymore. He takes a team to search a different location, leaving Tanner and Cavanaugh to go alone to the area selected by Sophe – where they find Antoine alive. 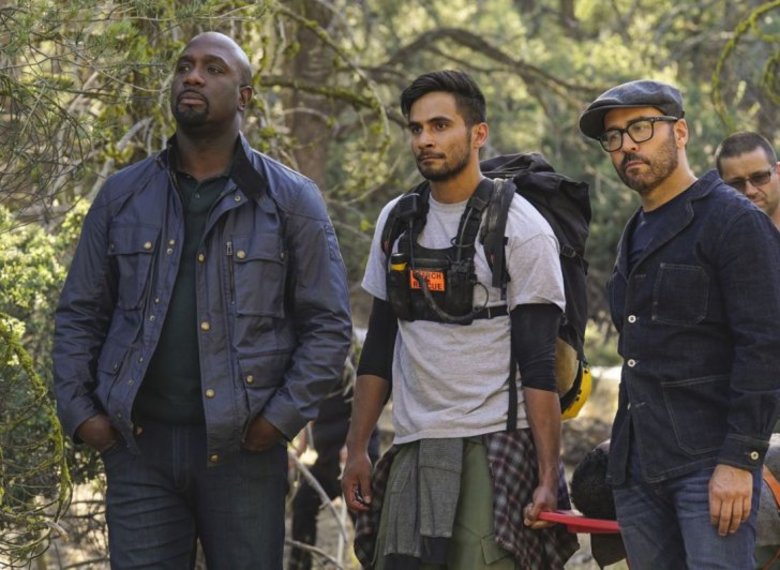 Realizing that the press attention surrounding Tanner and Sophe won’t be going away, Alex decides to do an interview, but she blindsides the interviewer by announcing that she won’t be talking about her ex-husband or his app – instead she wants to talk about Mia’s memory. Despite earlier telling Tanner that he wouldn’t check the Berkeley arrests, Cavanaugh goes against his own word. He calls Tanner to tell him that he didn’t find anyone who matched the description of the guy in the photograph – but he did find someone who was stopped at a sobriety checkpoint close by. He sends Tanner the image of Ryan Booth. Tanner uploads it to Sophe – and watches on as the user views skyrocket.

As far as second episodes go, “In The Wild” is decent. I liked that we got to know a little bit more about some of the team at The Hive, and that we finally got some backstory on Tanner and Sara’s relationship. However, Cavanaugh’s plot this week was almost identical to his plot last week: he starts off not wanting to help Tanner and by the end of the episode is coming round to the billionaire’s way of thinking. This is going to get very old very quickly, so I’m hoping that we’ll see something different from him in episode 3.

There were still a lot of very convenient moments in this week’s episode, like when Tanner just happened to be at the police department when Antoine’s parents were there, but Antoine’s case certainly wasn’t as easy a solve as last week’s case and I did like the red herrings they used to keep the viewer guessing.

After 2 episodes Wisdom of the Crowd has very much established how the show’s structure will look going forward: the case of the week is closed, and a new piece of information about Mia’s case emerges. Last week we had the new evidence alert, this week we have the discovery of Ryan Booth. Who exactly is this mysterious Mr Booth and what was his involvement with Mia? No doubt all will be revealed next week.