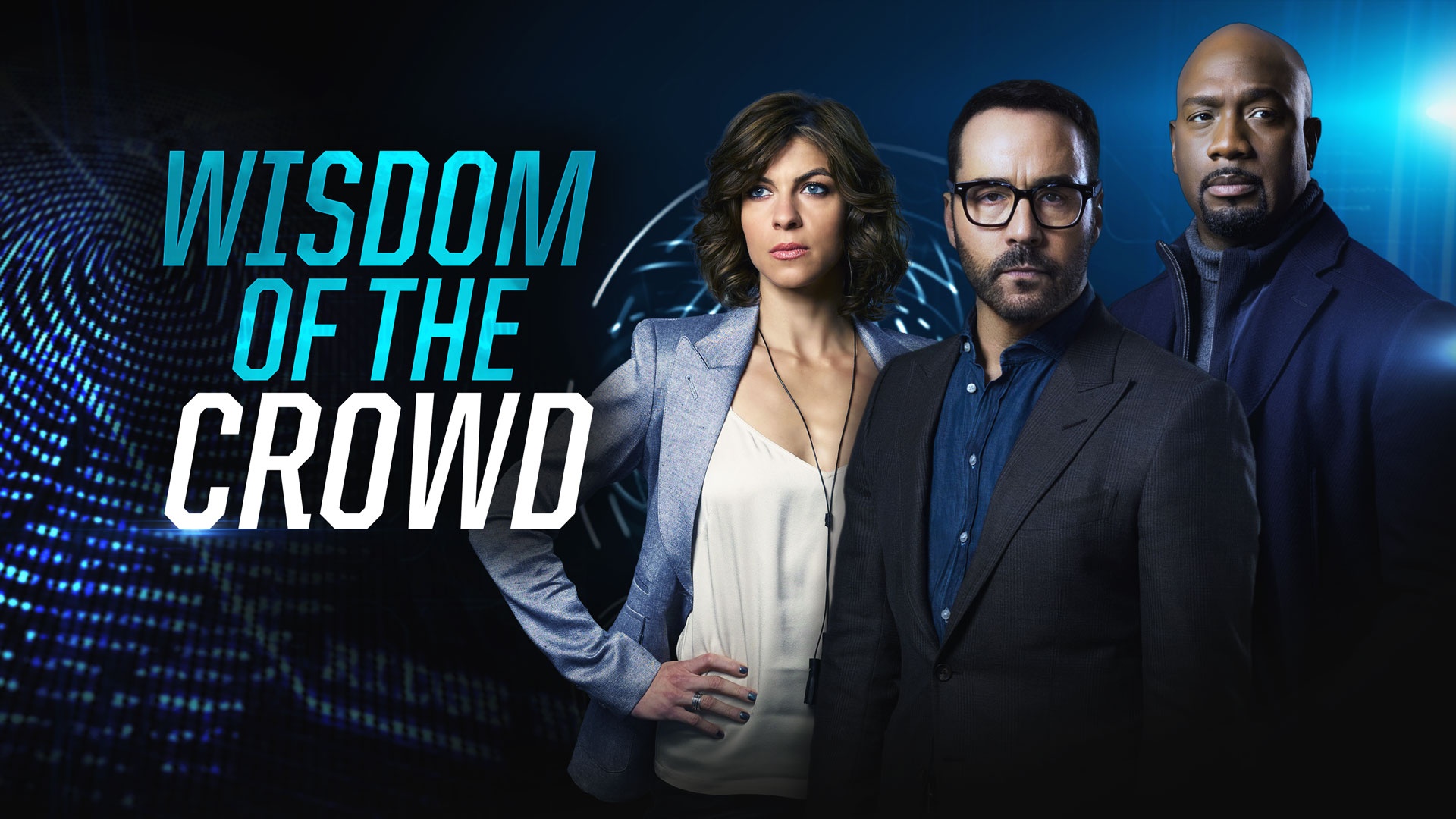 This Sunday’s episode of Wisdom of the Crowd opens in The Hive, where Josh is entering thousands of crime reports from the archives into Sophe in an attempt to try and find links between other crimes in the Bay Area and Mia’s murder. While there are no connections to Mia, Sophe does pull up 3 unsolved murders which the app believes are related.

Meanwhile, Tanner goes to meet with Alex to see if she knows anything about the mysterious Ryan Booth; or the ‘sports shop’ phrase that Laurie overheard Mia saying to him. Alex has nothing, and again begs Tanner to give up on his search for the killer – she remains convinced that the right man is behind bars. At the Police Department, Cavanaugh is caught on the phone by Ruiz, trying to get more information on Booth. She warns him against helping Tanner- but little does she know she’ll soon be at The Hive herself. 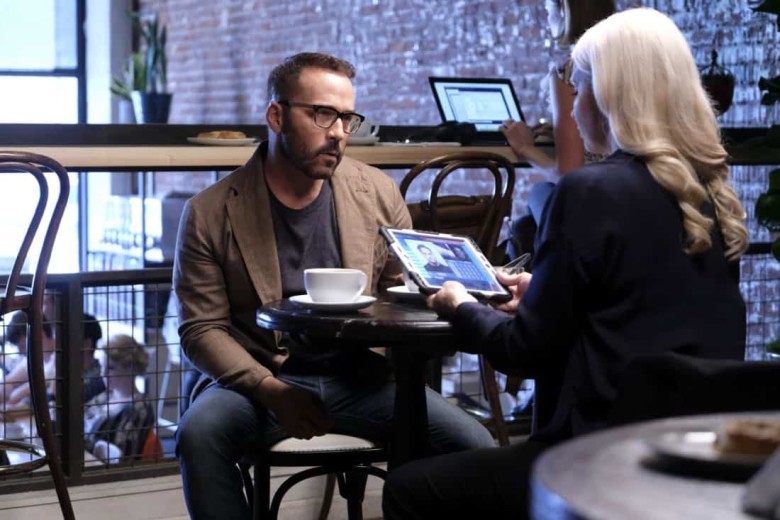 After receiving a message from Sara, Cavanaugh arrives at The Hive with the case notes on Mei Chang, the victim of one of the suspected related murders. Sara notices that that there is a connection between Mei and another of the victims – both their shoes were missing. When this information is entered into Sophe the screen suddenly begins filling with more and more connected cases: 14 in total. This week we’re dealing with a serial killer.

With the news of a possible serial killer taking Sophe by storm, Ruiz tells Cavanaugh that the Deputy Chief has ordered her to investigate the cases with him. As users begin submitting more and more information to Sophe 3 more connected cases are identified – but an obvious link between them continues to elude the detectives. In the midst of the investigation Mike Leigh tells Tanner that the newly appointed CEO of Allsourcer wants to meet with him. While in prison, Carlos is saved from an attempted stabbing by a fellow inmate who tells him that if he wants to stay safe he needs to stick with his own kind. 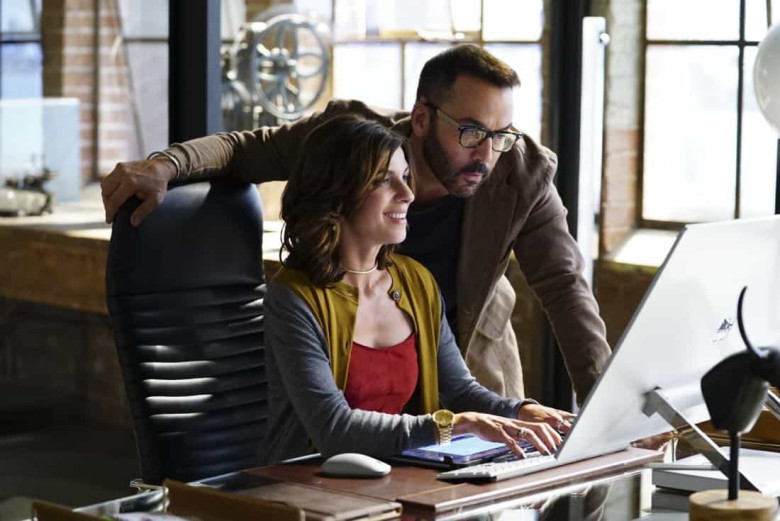 Impressed by Sophe’s ability to connect seemingly un-connectable murders, Tanner asks Sara to use to Sophe to try and connect ‘sports shop’ to Ryan Booth; but it left sorely disappointed when the probability of a connection comes back at 0.015%. Then Booth’s brother shows up, furious that Tanner plastered Ryan’s picture all over the internet. He reveals that Booth’s family have cut ties with him, after years of trying to help him get treatment for his addictions – which included time in Grand Pines rehab. By sharing this piece of information the brother has unintentionally given Tanner the lead he has been searching for – Grand Pines is the facility connected to Mia’s program at Berkeley. However, when Tanner visits he finds a reluctance to reveal any information about Ryan’s time there. As Tanner is about to leave he is followed by another staff member, who just happens to be a huge fan of his. She overheard the conversation and although she wasn’t there when Ryan was, she has something to give to Tanner – a wire sculpture that he made; the same type of sculpture Tanner had seen in a picture of Mia.

Back on the serial killer case another victim is identified – but this one survived the attack. Cavanaugh and Ruiz go to meet with the woman, who describes how she was attacked while out on a run by a man who was wearing latex gloves and smelt like artificial strawberries. In prison, Carlos dreams about Mia – which leads him to make a call the next day, declaring that he knows who the real killer is. But unbeknownst to Carlos, his phone call is overheard by the same man who had earlier stepped in to stop him being stabbed – and he doesn’t look too happy about it. 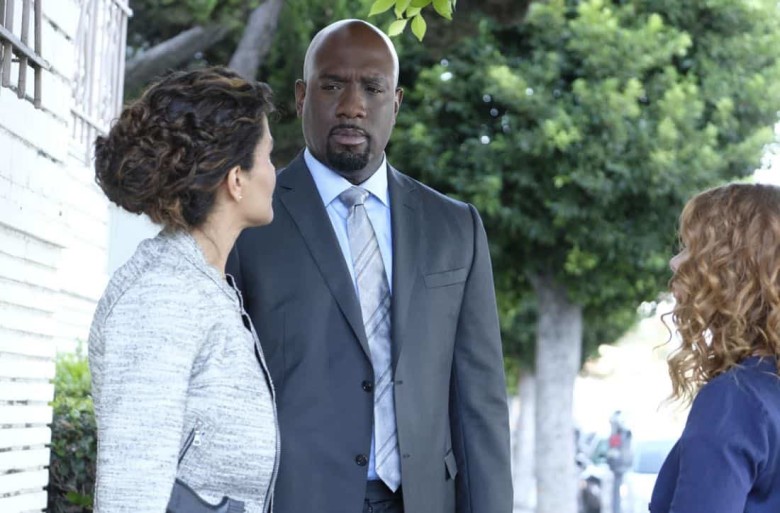 Cavanaugh and Ruiz attempts to find a link between the crimes get nowhere – and then they realize the problem. The murders took place over 12 years, the neighborhood maps they’re studying more than likely looked different when each crime was committed. They hand things over to The Hive, where our team of tech geniuses recreate maps of how each neighborhood looked at the time of each crime – and then they spot the connection: there was a construction site within 3 miles of each crime scene.

Meanwhile, a reluctant Tanner meets with the Allsourcer CEO, but he quickly realizes that the meeting wasn’t so she could pick his brain about the job, it was so she could offer to plug money into Sophe in exchange for Sophe’s IP – the exact thing that Tanner had left Allsourcer to avoid. Much to Leigh’s annoyance, Tanner abruptly leaves the meeting. Back at The Hive, Sophe users have been uploading photos from each of the crime sites based on the recreated maps – and the link is found: each of the construction sites were serviced by Ever Fresh Sanitation Services. Leigh arrives at The Hive, expecting to find Tanner there – but he’s nowhere to be found. Then Josh reveals that the reason Tanner left the meeting was because he had sent him a possible address for Ryan Booth. 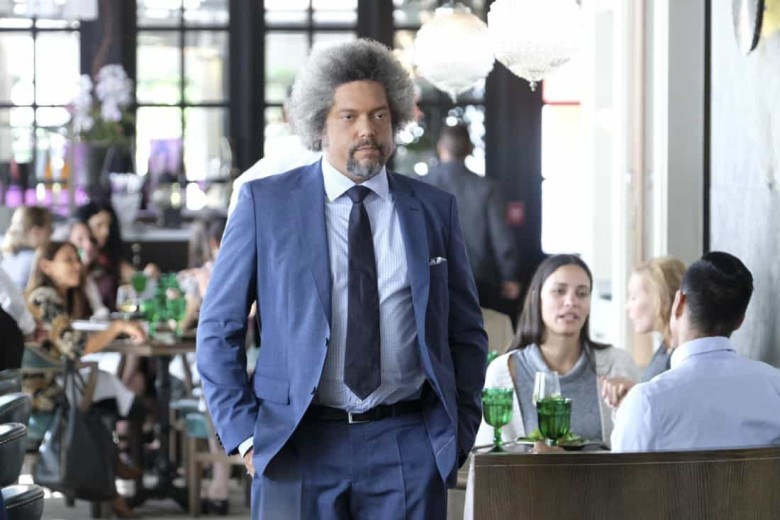 Tanner confronts Booth at his trailer in the middle of a somewhat creepy looking forest, but after a brief stand-off Booth reveals that he had nothing to do with Mia’s murder – he was in the ICU at the time. Tanner asks him about the photo; Booth tells him that he was messed up and grabbed Mia in an attempt to get her to come home with him – which she refused. But then Booth drops the real bombshell – he didn’t meet Mia while she was an intern at Grand Pines, he met her while she was also a patient there.

Cavanaugh and Ruiz arrive at Ever Fresh, where they discover that only one employee has worked there for over 12 years – and he’s making a run for it. But of course they finally catch him, and yet another case is closed on Sophe.

Shaken by Booth’s revelation, Tanner confronts Alex at her office. She tells him that Mia didn’t want him to know she was in treatment – she was depressed and worried she was going to do something she would later regret. Once again, Alex begs him to let the case go – but of course her pleas fall on deaf ears. This week we end in prison with poor Carlos, for who things are going from bad to worse – when his former protector turns attacker, stabbing him multiple times in the stomach for making the phone call about Mia’s murderer.

This was by far the strongest episode of the Wisdom of the Crowd yet. For the first time it didn’t feel like Mia’s case got lost in the hurried attempt to solve the case of week; and not only did we get to know more about Mia, we got to know more about Carlos; and we also got more of an insight into Tanner and Alex’s relationship. We’re still no clearer when it comes to the truth about what happened to Mia Tanner, but by the end of this week’s episode it feels like we’re finally getting on the way to finding out.