It’s been a few weeks since our last visit to The Hive, so before delving into the penultimate episode of Wisdom of the Crowd, it seems like a quick recap might be in order: following the murder of his daughter, Mia, tech billionaire Jeffery Tanner set up Sophe – an online crowd-sourcing site which he planned to use to catch Mia’s killer. But here’s the twist; Mia’s on-again/off-again boyfriend, Carlos Ochoa has already been convicted of her murder – Tanner thinks they have the wrong guy, and he wants Sophe to prove it. So, after several easily-solved cases of the week, a slow drip of revelations about Mia, and the attempted murder of Carlos in prison, we find ourselves here – with Tanner at a barely conscious Carlos’s hospital bedside asking him what it was he has remembered about his daughter.

Turns out Carlos’s memory relates back to Mia’s birthday. He had taken her out, and she had run into an old friend – someone she knew from her backpacking days in Prague. Remember the whole ‘sports shop’ confusion from weeks ago? Well, it wasn’t sports shop at all – it was actually ‘black sheep’ in Dutch: Mia’s nickname for this mystery friend. Of course Carlos didn’t get a good look at the guy’s face, but he does offer Tanner one glimmer of hope when he reveals that he saw Mia take a selfie with him. Armed with this new information, Tanner goes to the police department; where Cavanuagh brings him the evidence boxes from Mia’s case – which brings back painful memories of the night Tanner and Alex had to identify Mia’s body. But Tanner pain quickly turns to frustration, when they find Mia’s phone only to discover that the selfie has been deleted. 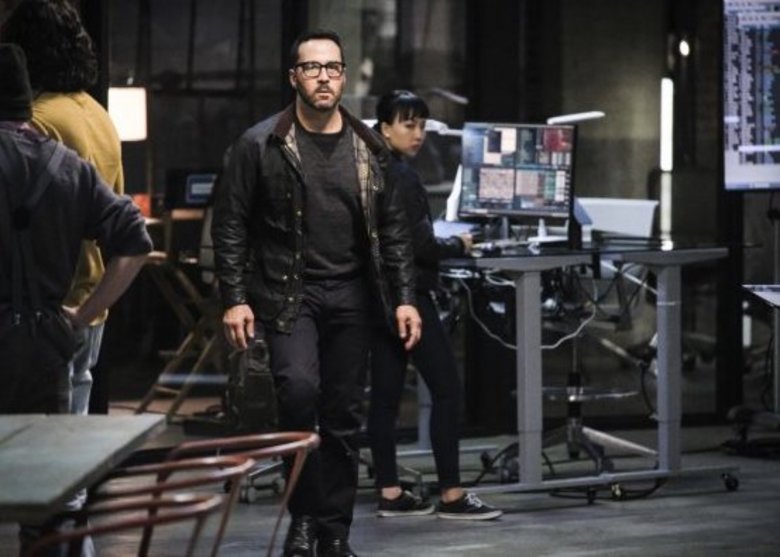 Realizing that he was likely right about Carlos’s innocence all along, Cavanaugh re-watches his interview from the night of Mia’s death – which was cut short when a strung-out Carlos fell asleep in the middle of the interview room. It was only the next morning, when a much more coherent Carlos was brought back in, that it became clear that he had no idea what he was even being charged with. When Cavanaugh and Ruiz showed him the pictures of Mia’s body he completely broke down, begging them to find the person responsible for hurting her – which was the exact moment Cavanaugh knew that they had the wrong guy.

Back at The Hive, Tariq and Josh have bad news for Sara – Mia’s hard drive was completely wiped; the selfie can’t be retrieved. But before that news even has time to settle, there’s something else to deal with – a caller who claims that he was with Carlos the night of the murder. Thinking this guy could be Carlos’s alibi they bring him into The Hive, where he tells the team that he spent that night in the company of a prostitute at the City Center Hotel – and that he found Carlos passed out in the hallway outside his room. Cavanaugh goes to the hotel to track down the prostitute, but she isn’t willing to talk unless there’s something in it for her – after all, wasn’t Tanner offering $100 million to bring his daughter’s real killer to justice? 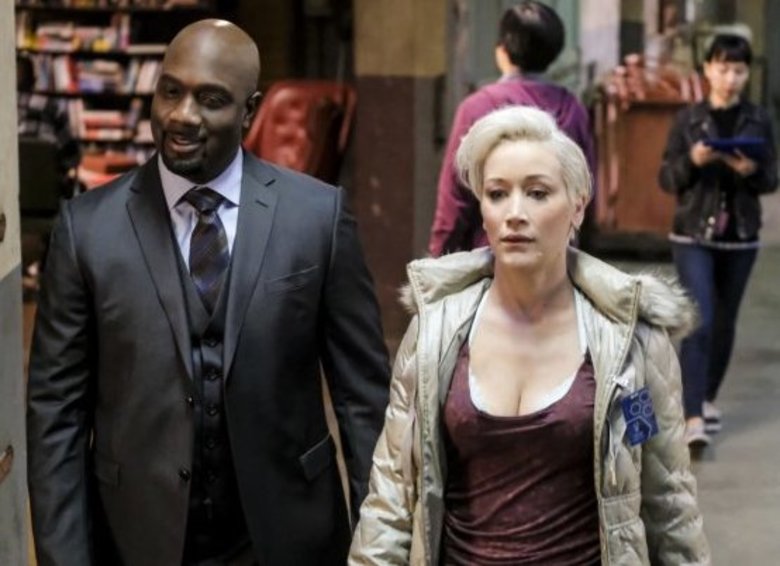 Meanwhile, Alex and Tanner are hunting through Mia’s things to try and find her backpacking scrapbook; and hopefully a picture of the mystery black sheep. They eventually find the scrapbook, but no picture – that is until Tanner throws the book to the ground in frustration, causing a hidden picture of Mia and a group of unidentified friends to fall loose. Tanner takes the picture back to The Hive, where he wants it uploaded onto Sophe, but instead finds Sara and Cavanaugh arguing over whether or not to pay the prostitute to talk. Tanner, who is clearly starting to unravel, says that he wants the woman to be paid – and the picture to be uploaded right away. 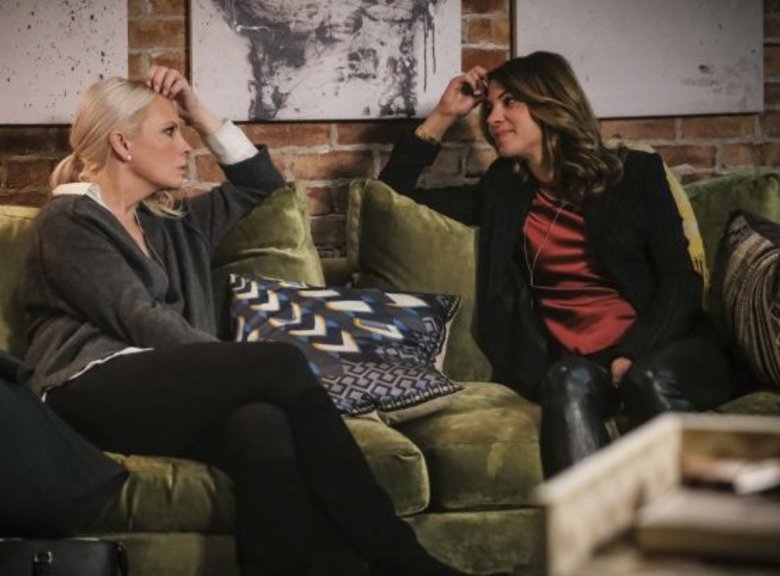 Alex and Sara share a drink – which could have been an amazing scene between Tanner’s two former lovers, but instead fell flat and was only saved when Sara got an evidence alert that the alibi and the prostitute are actually a married couple. Realizing that their whole story was a con to simply try and make money, Tanner lashes out.

At the police department, Cavanaugh is still going through Carlos’s interview tapes – which is when he notices something: Carlos’s pants were changed between the two interviews. After speaking with the booking agent on duty the night of the murder, Cavanaugh and Ruiz discover that Carlos was violently ill, and that a doctor at the precinct suspected that it wasn’t the heroin that was to blame, but food poisoning. 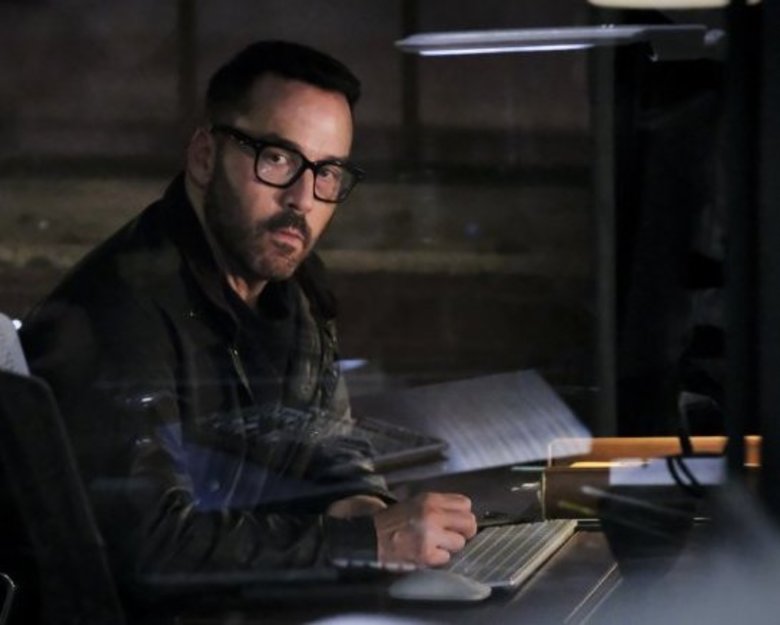 Back at The Hive the case takes yet another turn, when one of the guys from the backpacking photo comes forward and reveals that Mia knew black sheep through Tanner. Meanwhile, Sophe users report multiple cases of food poisoning on the night of Mia’s death: the source of which was one particular cart at a street fair several miles from Mia’s apartment. Josh works his magic to find a crowd photo of the fair and the team decide to hand things over to Sophe users, asking them to work their way through the photo and try and ID Carlos amongst the hundreds of faces. After one false alarm, Carlos – hotdog in hand – is found in the picture. 12 weeks later and we finally have it – proof that Carlos Ochoa didn’t kill Mia Tanner.

“Root Directory” proved what I have long been thinking about Wisdom of the Crowd – that the constant deviating from Mia’s story was detrimental to the series. While some of the cases of the week were certainly interesting, they never felt strong enough to warrant the almost weekly benching of Mia’s case. Mia’s story could have stood on it’s own: the mystery of her killer, her relationship with Carlos, the secrets she was hiding… and that’s before we even mention the unfinished business between her estranged parents, Tanner’s relationship with Sara, and the legal issues Sophe faced. It is a real shame that it took until the penultimate episode for the team behind the show to realize this – but at least it sets up for what could be a very interesting final episode.