So here we are: the last ever episode of Wisdom of the Crowd. After last week’s episode (by far my favorite of the season) I really thought we were setting up for the big reveal in “The Tipping Point”; I really thought that the last ever episode of the show would answer the question of who really killed Mia Tanner. Oh how wrong I was. I totally get that the Wisdom of the Crowd writers were hoping that the show would get a second season – or at least an order for extra episodes – but neither happened, and what we were left with was quite possibly one of the most disappointing final episodes of all time.

The episode opened with Tanner compiling a list of every person he ever introduced Mia to in an attempt to figure out who amongst them could have been responsible for her death; and then quickly jumps to Ruiz and Cavanaugh at the scene of a murder. The victim is Carl Bullock, a middle-aged man who by all accounts was a bit of a loner. But it’s wasn’t the discovery a dead body that caused Ruiz to call in Cavanaugh – it was the contents of the dead man’s basement. It turns out that Bullock was quite the conspiracy theorist – and Sophe’s most prolific user. He had an entire bulletin board dedicated to cases which had appeared on the site. Then Cavanaugh calls in Tanner; because that wasn’t the only Sophe related board in the basement: Bullock also had one entirely dedicated to Mia’s case, and lead by his own theory – that she was murdered in an attempt to control Tanner himself.

Cavanaugh and Tanner go to interview Bullock’s estranged wife, Emma. She tells them that it was Bullock’s obsession with conspiracy theories that caused their break-up, but that he wasn’t always like that. They couple had a son who was killed in a motorcycle accident when he was 17. Bullock refused to believe that his son’s death was simply a tragic accident; instead he believed that the police had doctored their reports – and he spiraled from there. Emma tells Tanner that Bullock’s latest obsession was Mia’s case – but that he shouldn’t read too much into it; it was really the reward money that he was obsessed with. Meanwhile, Tariq and Josh are working through Bullock’s basement, which is where they discover his meticulous journalling system – and that several of them are missing. 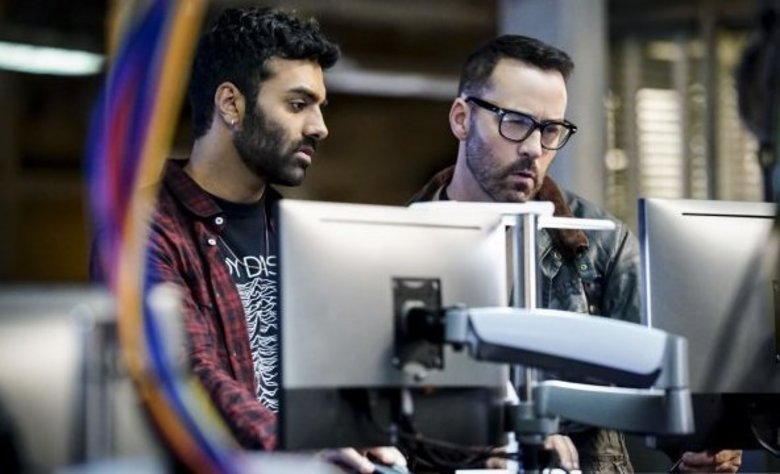 Elsewhere, Alex is at Carlos’ hearing; which doesn’t go according to plan when the judge refuses to release Carlos, despite his defense team presenting the photo from the fair the team discovered last week – after all, this isn’t new evidence, the photo was online during Carlos’ trial, it was the defense who failed to find it. The judge decides to sleep on his decision and adjourns the hearing for 24 hours.

Back at The Hive, the group have discovered that Bullock never actually posted anything about Mia’s case on Sophe. Tanner – who tells Sara that he doesn’t know what to think anymore – realizes that this was likely because he didn’t want to reveal any information which could lead to the prize money being split amongst multiple users, he wanted the full amount for himself. The details of Bullock’s journals are posted on Sophe, which leads to the return of Cavanaugh the skeptic when he tells Tanner that he suspects that Bullock’s death didn’t have anything to do with information he may have discovered about Mia’s case, that it was simply confidential. This skepticism is quickly backed up by a new evidence alert – which indicates that Bullock’s missing journals aren’t to do with Mia’s case, but instead are to do with his wild theory that the City Supervisor is part of a Reptilian Cabal. For some reason Cavanaugh decides to run with this, and pays a visit to the office of City Supervisor, Kevin Simcoe. Simcoe immediately recognizes a picture of Bullock, claiming that he knows him because he was always calling the office and had a bad habit of interrupting city board meetings.

As the team are trying to piece together Bullock’s movements in the 72 hours before his death, Carlos’ lawyer meets with Alex and Tanner. She’s worried about the judge – he was burned by a previous decision release a defendant who went onto re-offend. Tanner suggests that they show the judge that it wouldn’t be deciding to release Carlos that could blow up in his face – it would be deciding not to. 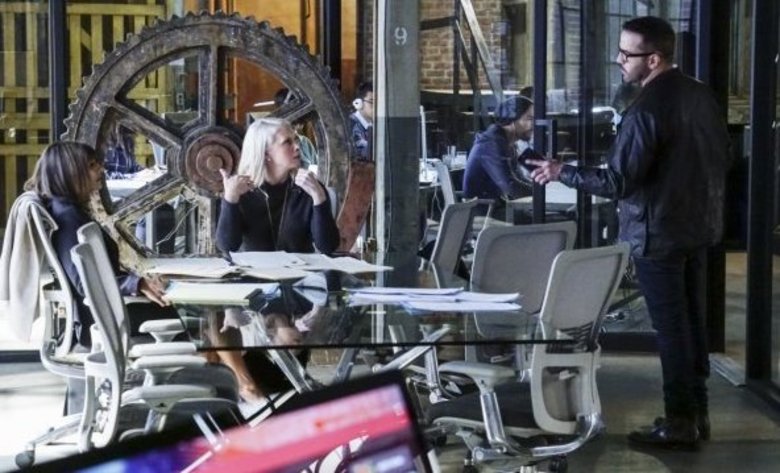 Tipped off by a familiar Sophe user, Tanner and Cavanaugh stake out a motel where Simcoe has been sighted – and where it turns out he has been meeting up with Emma Bullock (who arrives in a Flipper in a nice nod to the pilot). Both Emma and Simcoe are brought into the police department, where Cavanaugh confronts Simcoe about his failure to tell him about the affair during their previous meeting. He asks Simcoe if he has an alibi for the night of Bullock’s murder. Simcoe claims he was working late, and asks his assistant, Joel, to vouch for him.

Then we’re back in court, where Alex has called in the press. Before the judge announces his decision, Carlos’ lawyer calls for him to recuse himself from the case – based on a possible vendetta against Tanner. It turns out that the judge’s investment portfolio included a stake in AllSourcer, which took quite the hit when Tanner quit. With the threat of this bad publicity, and following an impassioned plea by Alex, the judge rules in Carlos’ favor. 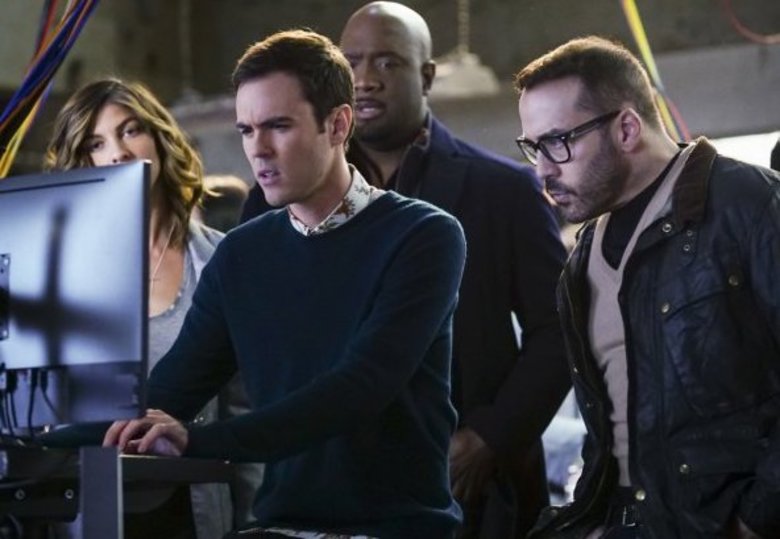 At the Hive, Tariq and Josh are investigating Simcoe’s exceptionally dubious alibi for the night of Bullock’s death – and seem to be onto something when they discover that his toll pass shows he was actually in the East Bay for 40 minutes that night. Realizing that Bullock’s movements show he was also in the East Bay, Ruiz and Cavanaugh pay a visit to Simcoe’s house – where they find his car engine running the garage and Simcoe dead inside. An investigation quickly uncovers that news of an accepted bribe which lead to an awarded construction contract was about to break; and that Simcoe’s wife had found out about his affair with Emma. But when his autopsy report comes back something isn’t right: Simcoe had so many sedatives in his system that he would have already been unconscious by the time the car engine was started – and pictures from the scene show that the toll pass was missing from his car. A quick look at Simcoe’s most recent toll bill shows that the pass was consistently being used to travel to and from Joel’s neighborhood. It wasn’t Simcoe who drove to the East Bay – it was Joel. He was the one who took the bribe – and Bullock saw the whole thing. The discovery of Bullock’s missing journals in the trash at Joel’s apartment is the final proof that he was the one responsible for his death – and that he set-up Simcoe’s suicide to silence him after he discovered the truth.

In the show’s final few moments Carlos is released – and greeted by his thrilled family as Tanner and Alex watch on. Tanner returns to his apartment, where he has recreated Bullock’s bulletin board on Mia’s case. Sara shows up, but she doesn’t berate Tanner when she sees the board, instead she tells him that he needs to let everyone help him. The board is brought to the Hive – where everyone is waiting to get to work. As Josh prepares to post a picture of the board to Sophe, Tanner imagines Mia, giving him a nod of approval. 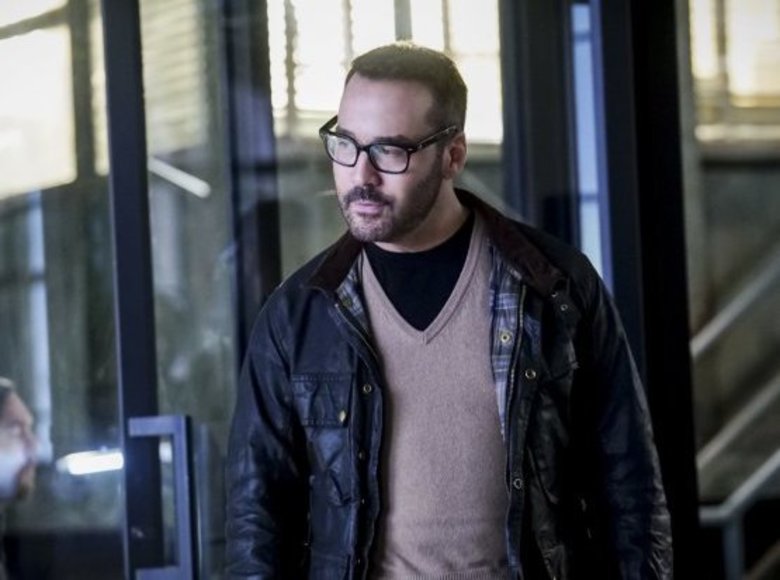 And there we have it. There were certainly moments when this show had potential, but in the end it’s demise started to feel inevitable – even in spite of the off-camera controversy which began swirling around it. Not only was the constant deviation from Mia’s story a season-long distraction, there were also far too many planted threads throughout the show’s 13 episodes: the mysterious sweatshirt, the fake lawyer, Alex’s suspicious assistant, Josh’s girlfriend, the fact that Tanner believed the real killer was watching them via Sophe the entire time… the list goes on. Even if the show had been picked up for a second season, it would have been impossible to remember all of this by the time any new episodes aired.

After 13 episodes I came away from Wisdom of the Crowd wondering exactly what the point of the entire thing was. It felt like just set-up after set-up, with absolutely no pay-off – capped off by a finale that provided zero closure. I wish I could tell you who really killed Mia Tanner, or even who I thought might have been responsible for her death – but we really will never know.