Cavanaugh’s teenage son, Jordan, is in town on this week’s Wisdom of the Crowd – but if Jordan had been hoping for some quality father/son bonding time those dreams are quickly shattered when he ends up riding shotgun with Cavanaugh to the scene of a murder at a liquor store. It looks like a robbery gone wrong – but even though the crime scene is barely hours old, Sophe users have already got hold CCTV footage of the guy they think is responsible for the clerk’s death. When Cavanaugh gets on the phone with the team at The Hive they tell him that this was all user lead; they’ve been sourcing their own crimes to solve on Sophe’s forums – but they’ve managed to stumble across quite the suspect this time. The man in the picture is Jack Foley, a member of Sovereign Entity – a group of domestic terrorists who blew up a government building in Kansas back in the late 1990s. 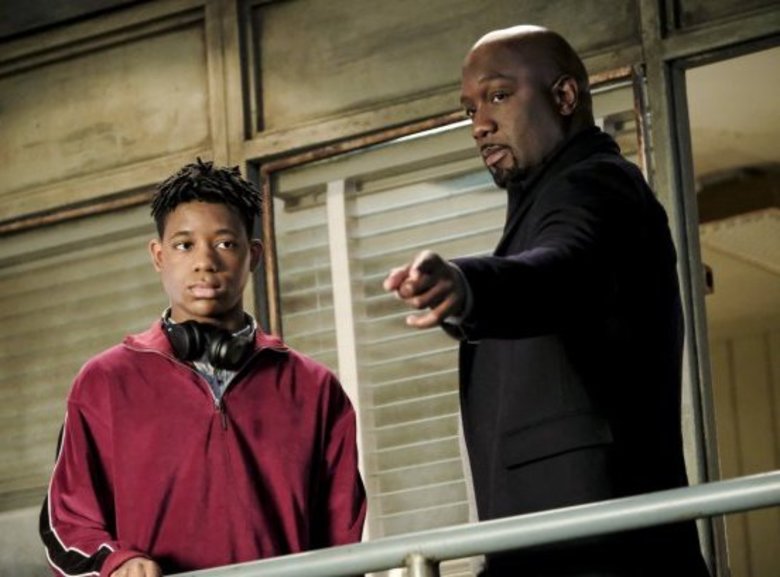 In the middle of all this Mike arrives at The Hive with, you guessed it, more bad news. Allsourcer have filed an injunction to stop Sara working at Sophe; and the injunction comes with a TRO attached, meaning that Sara has no choice but to stop work – and all contact with Sophe employees – immediately. Meanwhile, the team are trying to find out what Foley has been doing for the past 20 years. They discover that he has lived under aliases in multiple states; and that he has managed to steal over $2 million thanks to a series of low-level thefts. Then the search uncovers a birth certificate, which names one of Foley’s aliases as the father of a baby boy – who is now a student at San Francisco State. Thinking this may be the reason that Foley has resurfaced in the city, Cavanaugh brings the son, Sam, in for questioning. But Sam knows nothing about who his father really is, and was under the impression that he was probably dead.

Sara arrives home – where she clearly hasn’t been for quite some time. Back at The Hive, the Foley case takes quite the unexpected turn when U.S Deputy Marshall Hutton shows up. It turns out that Foley has been in witness protection for the last 2 decades – he had nothing to do with the bomb in Kansas; and he was the real target at the liquor store. Hutton is furious that forum users on Sophe are working the case. He wants the forums shut down, but Tariq and Josh try to explain that the users would just move their discussions elsewhere online – somewhere where they won’t be able to track what is being said. Hutton goes in on Tanner, telling him that he will have Sophe completely pulled should anything happen to Foley. Realizing that the revelations about his father might put Sam in danger, Cavanaugh puts out a call for him to be brought into protective custody. 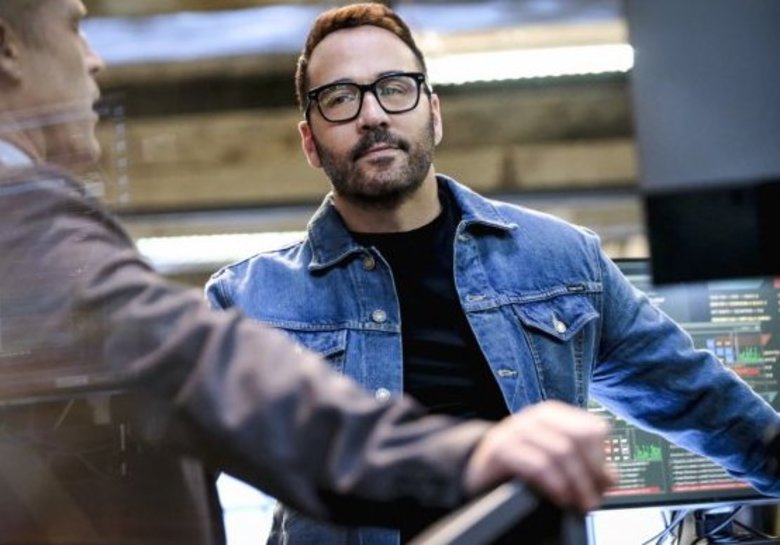 Mike visits Sara. He tells that that Allsourcer are using her as a pawn to get Tanner to come to the table – but that doesn’t help her visa situation. The longer she doesn’t work the more likely she is to loose her legal status. Meanwhile, Cavanaugh gets a call from Sam – the guys who are after his father have found him. He is fired at as he makes a run for it, but then is suddenly bundled into a van – by Foley. Forum users immediately begin tracking the scene where the shots were fired. As forum traffic explodes Tanner tells Josh to delay the uploading of reports – they need to try and disrupt the flow of information. The plan works – but Tanner knows he is simply plugging the hole. He tells Mike that he needs Sara back, she knows the system, she is the only one who will know how to break down the mob mentality that has emerged on the forums; he’ll deal with the consequences later. 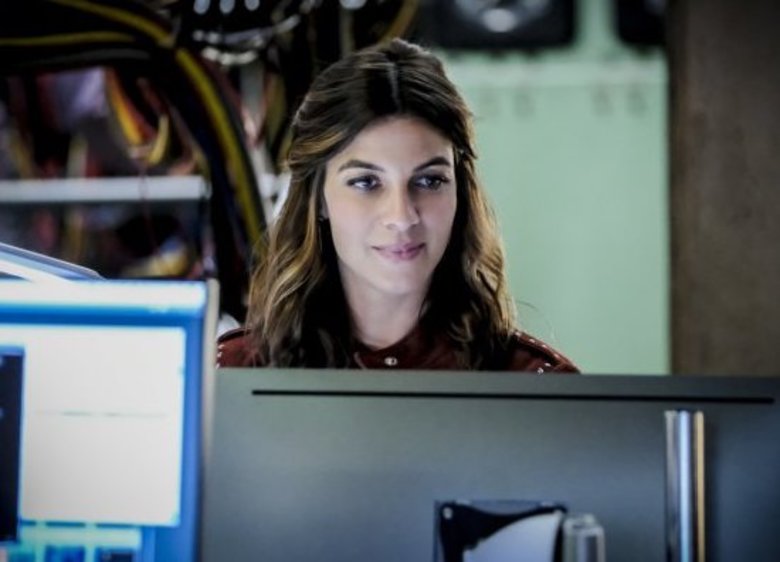 Low and behold, Tanner is right. Sara is back and she quickly hatches a plan to attack the forums and stop the overpowering of minority ideas. The forums begin to calm down – and then Josh announces that Sophe has located Foley’s burner phone. Cavanaugh leaves Jordan at The Hive and heads off with Hutton to pick up Foley and Sam. As Jordan bonds with Tariq, Josh notices something strange about Foley’s call logs: he had been in contact with Hutton – and Hutton had been in contact with the guys who took park in the hit on the liquor store. Cavanaugh is walking into a trap.

Tanner manages to get Cavanaugh on the phone just as he and Hutton arrive at the parking garage where they tracked Foley to. Tanner tells Cavanaugh the truth – and tells him to pretend to hang up. Realizing he’s been rumbled, Hutton turns his gun on Cavanaugh. Back at The Hive, Josh discovers that Hutton has multiple bank accounts under various different names – and that the $2 million Foley stole over the years had been going straight into them. Just as Foley and Sam appear in the parking garage a truck drives by and Hutton jumps in. Cavanaugh immediately runs to his car and follows. With the police still minutes away, Sara tracks down a Sophe user who works in the building, and with the help of a security guard they block the parking garage exits until law enforcement arrive. 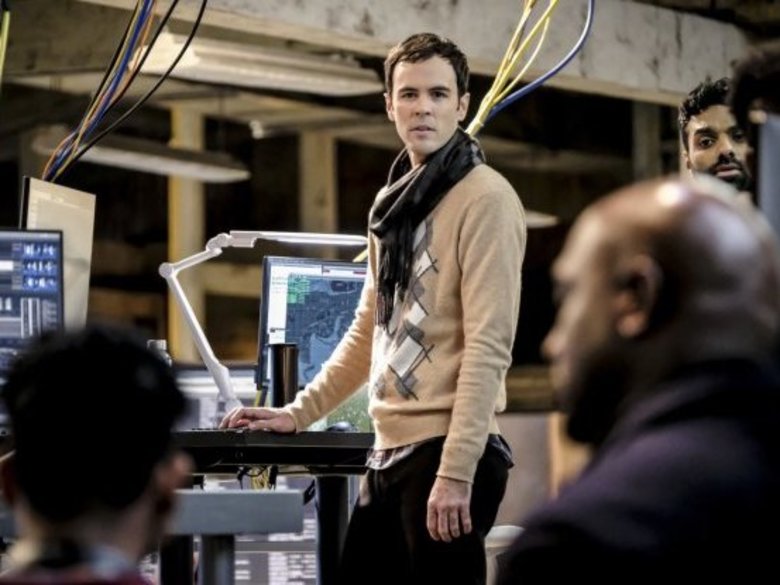 With yet another case closed, Cavanaugh finally has the chance to spend some time with Jordan; who cooks his father dinner and reveals that he’s been pretending to like basketball for years. Having already broken her TRO, Sara is back at Tanner’s apartment. He tells her that the judge wants them in court in the morning, but that they’re going to argue that it was in the public interest to have her back at work. She asks him if they’re going to be OK; he says they’re going to be fine – but they both look entirely unconvinced.

This was probably my favorite case of the week so far. The twists were great and I really liked the parallels between Cavanaugh’s relationship with Jordan and Foley’s estranged relationship with Sam. However, between that and the legal drama surrounding Sara, there was almost no mention of Mia’s case or any of the subplots surrounding it – and it is starting to feel like there is too much going on. Tonally the show manages to hit the mark every week, but the sporadic storytelling of the season arc is making it increasingly difficult to feel fully invested in.