Soft Kitty returns! (Or makes its debut? Timelines are weird.) All this and more in this week’s episode of Young Sheldon, “A Sneeze, Detention, and Sissy Spacek.” I hope you heard that last bit with an announcer’s voice in your head.

The episode reverts back to what’s become the go-to format for this show, focusing solely on Sheldon’s storyline and how it ripples out to affect his family, particularly his mother. It’s not a particularly exciting episode by any means, but it’s still fairly decent, offering up some cute, if not completely hilarious moments. 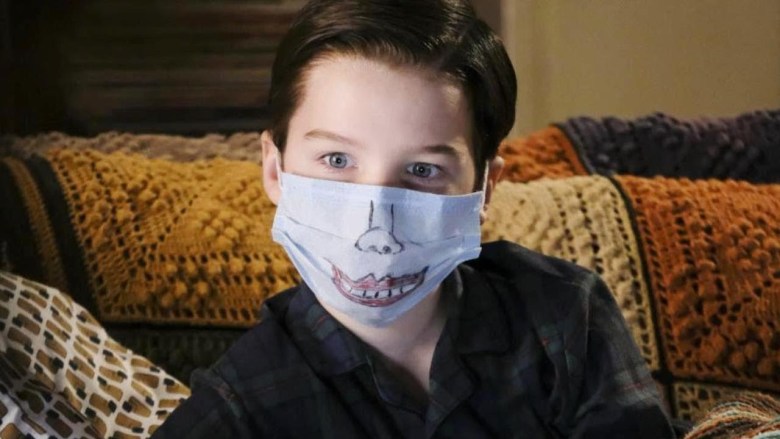 I’m going to be totally honest here and say that, even though Sheldon is a child in this show, and for a less serious hang up I could totally see the Texan reasoning working, in this case, it feels a bit too much like an easy way out. A phobia as severe as Sheldon’s is depicted in this episode, to the point where it’s disrupting his daily routine and making it difficult for him to interact socially and behave normally (well, as normally as Sheldon would) is an actual mental illness. It’s not some whimsical “phase” that simple reasoning like, “You’re a Texan, and Texans aren’t scared of anything” would fix. It’s a serious mental condition that actually would realistically probably require therapy, and possibly even medication. But of course, that’s too taboo for this show.

Maybe that’s the real flaw here with this show – and possibly, with The Big Bang Theory. Of course, we all know that Sheldon is on the spectrum, but I’m not sure that it’s really evident whether or not any of the writers for either show have had any experience with autism and anyone on the spectrum. They tackle issues that might certainly realistically come up with people on the less severe side of the spectrum, like Sheldon, but they don’t do much in the way of depicting an educated solution to the issues that come up. 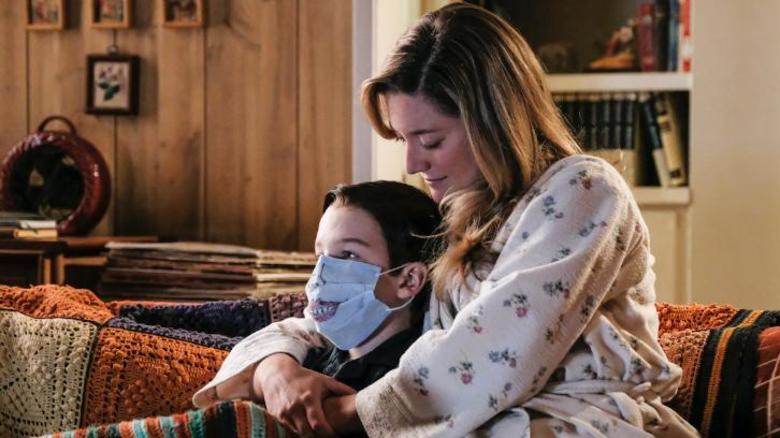 These shows are grounded in a sort of fantasy land where people are stronger than their genetic makeup; where legitimate medical issues are written off as silly things, and the solution to those silly things is simple, silly reasoning. Sometimes this show feels like the equivalent of those stupid Facebook memes you see that suggest that running outside in nature will get rid of depression, and medication will not. It feels almost reckless in its depiction.

Don’t get me wrong, I love that Sheldon is representing a faction of society that is severely underrepresented on TV. And in my humble opinion, it is better to have a flawed depiction that we can criticize and discuss and improve upon, than no depiction at all. But I can’t help but wonder what sort of message storylines like the one in this week’s episode are actually sending to people who have to tackle these issues in real life, everyday? Is it reassuring and comforting to know that it’s a common enough problem to be depicted on TV? Or is it a further insecurity to watch a character who deals with the same problem get over it so quickly, and so simply? I don’t suffer from the same issues that Sheldon does, so I’m afraid I can’t say for sure one way or another. But I can say that I’m concerned that the show doesn’t always think through its social responsibilities as thoroughly as it should. 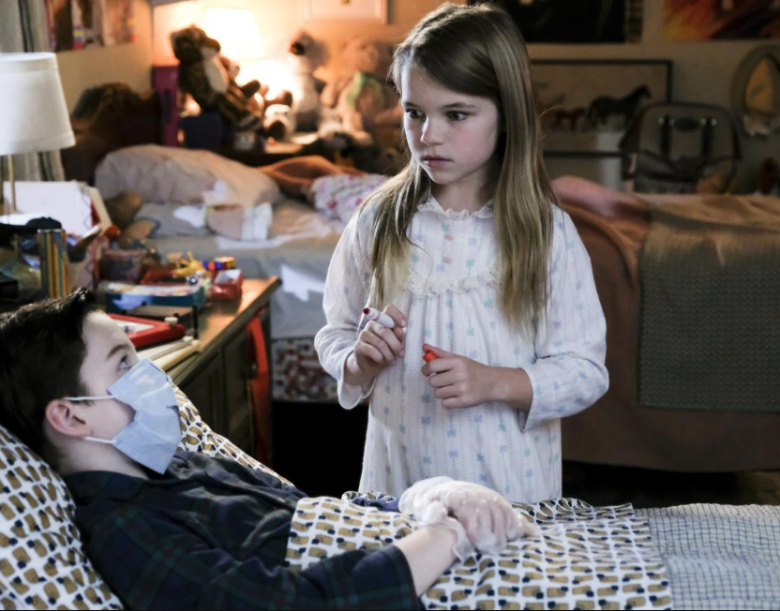 Either way, this episode was, as I said before, cute. It wasn’t particularly riveting in any manner, but if you’ve enjoyed watching the show so far, it’s an episode that I’m sure you’ll like all the same. If you catch episodes here or there but aren’t invested in it too much, it might be one you could skip. Unless you really want to see the origin story behind Soft Kitty. Well, I guess it doesn’t really tell us the origin of where Soft Kitty comes from, it just shows Mary singing it to Sheldon for the first time. So the origin of Sheldon being exposed to Soft Kitty.