Young Sheldon plays it fast and loose in this week’s episode, “Spock, Kirk, and Testicular Hernia.” The episode offers a glimpse of a sweeter side of Meemaw, while exploring Sheldon’s first experiment in rule breaking. It’s charming, if not outrightly hilarious.

The show continues to strengthen in voice and story as it continues to expand and grow each of our characters. At this point, Young Sheldon truly feels like its own show outside of The Big Bang Theory, which is absolutely an accomplishment, with one little snag: it’s difficult to see how young Sheldon can grow into being the adult Sheldon we know in The Big Bang Theory. However, there is of course decades of life (and possibly seasons more) to experience between little nine year-old Sheldon now and thirty-something Sheldon then. In other words, there’s quite a lot of distance for Sheldon’s character to develop, grow, and change from this show into The Big Bang Theory, so I won’t hold that aspect against the show or give it much weight in a critical review. (Not that I’m a terribly critical reviewer to begin with.) 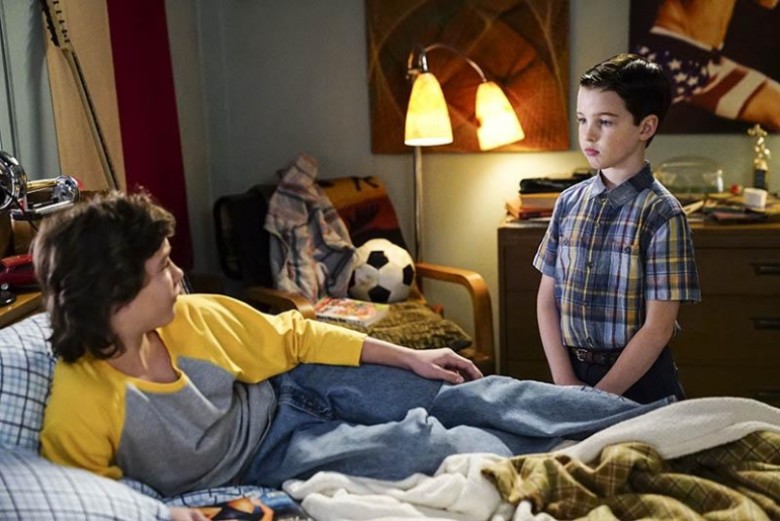 The episode pairs Sheldon up with Meemaw and Georgie in various respects, and, while Meemaw’s intentions are good – and I’d say she’s not necessarily doing a terrible job at parenting Sheldon – Sheldon interprets her words in such a way that leads to his bad decision making (or at least, what can be deemed bad decision making when it comes to Sheldon).

As a Trekkie, I have to give a shout out to the incorporation of the original series of Star Trek in this episode. Can’t ever have too much Star Trek in anything, if you ask me.

The episode starts right there, with Sheldon and Meemaw watching an episode of Star Trek. Sheldon identifies with Spock, because Spock is ashamed of his human side, and Sheldon apparently is, too. His TV watching is interrupted, though, when his father asks him to help Georgie study for the math test they both have the next day. With Meemaw’s guidance, Sheldon bargains his way into getting a trip to the train store and a new train out of the deal if he helps Georgie pass so that Georgie doesn’t get kicked off the football team. 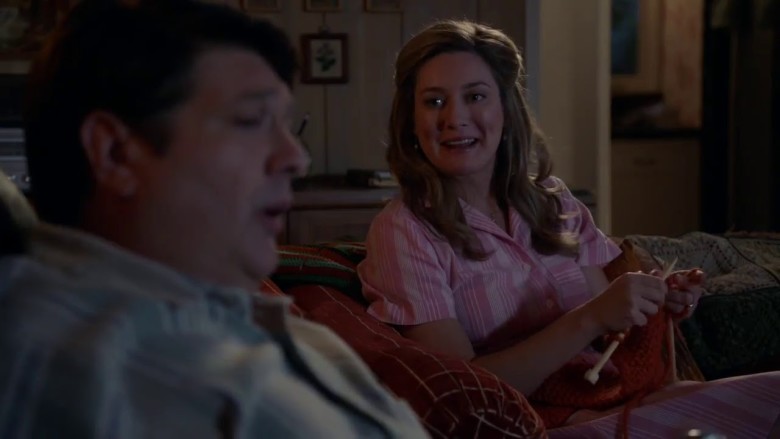 Here’s probably the biggest flaw in this week’s episode: balancing of scenes. The episode is very top heavy, spending a lot of time on Sheldon’s efforts to help Georgie study for his test, and not succeeding in the least. There’s a lot of buildup for really small punchlines, and the pacing is far slower than the second half.

In fact, we’re already halfway through the episode before Sheldon discovers that Georgie has cheated on his math test in order to pass, which is the catalyst discovery that sends Sheldon on his self-reflective journey exploring the world of lying to get what you want.

Sheldon relates it back to the difference between Kirk and Spock: Spock is logical and methodical, but plays solely by the rules (for the most part in each episode), whereas Kirk is unconventional and is even famous for having cheated on an infamous Starfleet test in order to pass what is supposed to be an unpassable test. 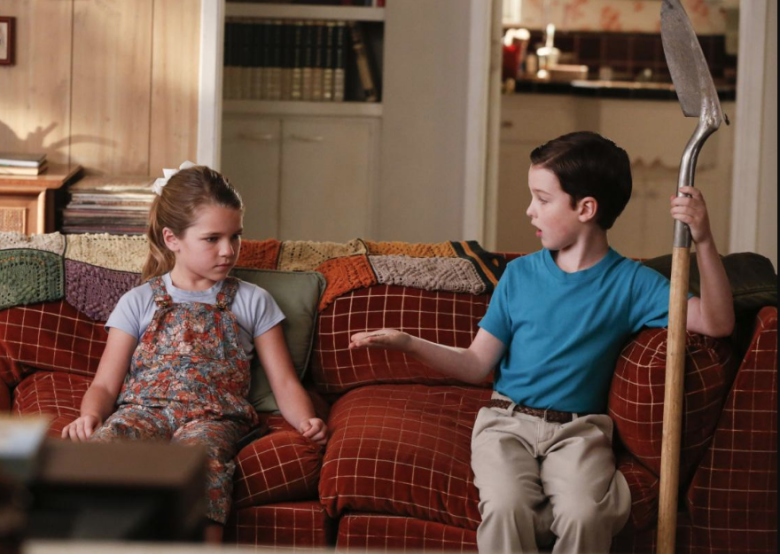 Thinking cheating might not be such a bad thing if you don’t get caught, Sheldon starts experimenting, first by faking a doctor’s note from his mother in order to get out of P.E., then by taking books out of the library without checking them out first, and finally, by tricking his sister into giving up control of the TV. Man, he sure is a wild thing.

Here again, the episode doesn’t dwell too much on any of these things, or on their repercussions – it’s not till the very end of the show that Sheldon’s father discovers – through the P.E. teacher – that Sheldon has been fibbing at school. Then the show quickly flashes through the consequences of each of those choices before wrapping up the show with one final punchline: Meemaw falling through one of the holes Sheldon’s sister has dug in her backyard, due to the lie Sheldon told her.

Overall a cute episode, if not wholly evenly placed. Still, with every episode, the show seems to grow stronger not only in voice, but also in humor.