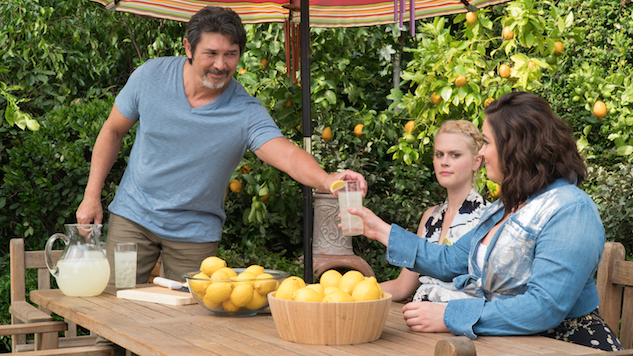 I feel like after a certain point, these characters will either self-destruct or be forced to get better. I’m not sure at what point that will come out, or if our characters will ever see any resolution with themselves this season, but there was something about his episode and Lou Diamond Phillip’s need for lemons that stuck out to me as maybe a hint that our characters will have to figure out how to make lemonade in their terrible terrible lives at some point. 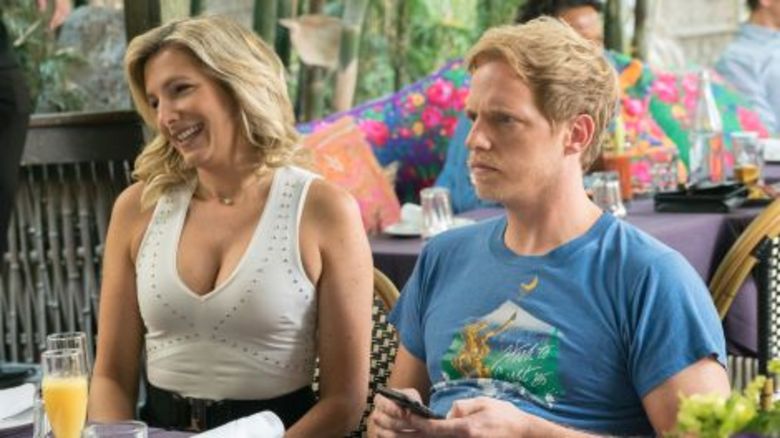 They meet Lou at his home, where they find an absurd, paranoid man living on a lemon grove, obsessed with his lemons. It’s not just that Phillip loves his lemons, he needs them, even greeting the two women with a bat after fearing they’d come to steal lemons off his grove. Getting past the initial shock, Becca and Lindsay are able to get to the bottom of why Phillips up and left them years ago: their mother forbade him to see the two of them after the break up. He tells the two women that it’s one of his biggest regrets…. And apparently turning down Die Hard. After reconnecting, Phillips leaves the two women with some advice: for Lindsay,  to help people, and for Becca, to be a good mother. Come to think of it, it’s pretty clear that Becca has picked up her neglectful mother habits from her own mother. It’s for this reason that I truly believe (or hope) that this will be the start of Lindsay’s climb out of her current path of misery. But with this show? You can’t be sure.

The other two storylines weren’t as gripping to me this week. Jimmy’s storyline centered around him and Katherine post-hookup.  A text from Gretchen saying “we need to talk” sends him into a fit, explaining to Edgar that he hates the phrase and all that it implies. Gretchen (who we’ll get to soon), cancels their plans to meet, sending Jimmy down a spiral of anger, and once again instead of being honest and talking to Gretchen, he decides to spend the day with Katherine and impulsively joins her and her friends for a brunch. Their not-so-lazy Sunday involves a brunch (obvs),an Escape Room, and something called an “Scream singer.” While Jimmy finds himself unexpectedly enamored with Katherine and her friends, they don’t find the same feelings for him. He’s obnoxious, per usual, and in his feelings about Gretchen moving their meeting, and Katherine calls him out on it, telling him that she “reminds him of her past.” Jimmy is that guy from high school who’s never grown up, and who’s jerk-y behavior only continues to isolate him in adulthood and I’m so happy Katherine had the nerve to say something about it. FINALLY. 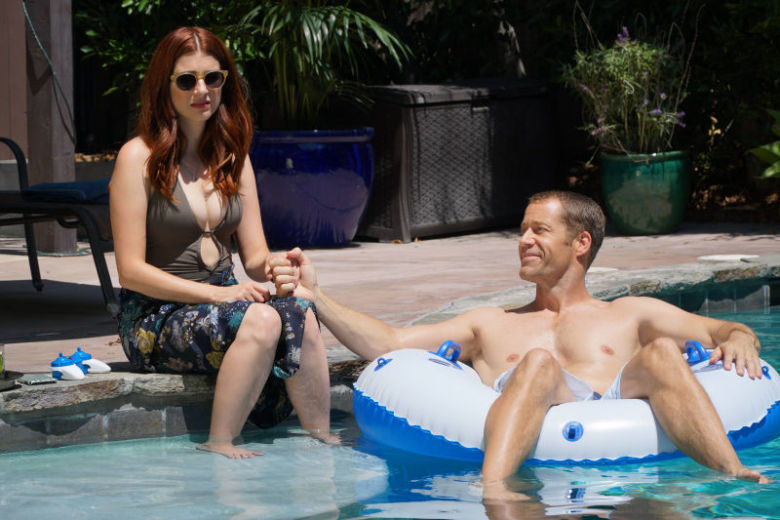 Speaking of finally, we end with Gretchen who…. Sigh. Can I just be real? I’m over both her and Jimmy and their inability to just speak their minds. I guess maybe it hits too close to home, and most people don’t really express how they’re feeling, but this back and forth all season is tiring! Tired of being stuffed into cupboards and hiding from Boone’s wife, Whitney, Gretchen agrees to meet with her, hoping to woo her. After pushing back her conversation with Jimmy, Gretchen and Whitney meet over lunch and…. the conversation actually goes well! Bonding over alcohol, annoying men, and a tinge of them both hating their lives, the two go overboard on their drinks. Whitney, the “adult” of everyone’s lives, is emboldened by “who gives a sh—“ Gretchen, who encourages her to get wasted. The story takes a turn when the two of them black out, and Gretchen wakes up to find herself fingering Whitney. Um….

Last but not least, Edgar’s runner this episode centered around him continuing to try and keep up with his friend, Max, who’s convinced him to buy a car he can’t afford. Jimmy, sick of seeing Edgar make terrible mistakes tells him to send the car back, telling him that he has a “poor brain.” Yes that was harsh, but good advice. The delivery of said advice, however, keeps Edgar from listening to Jimmy, and sends him storming off. 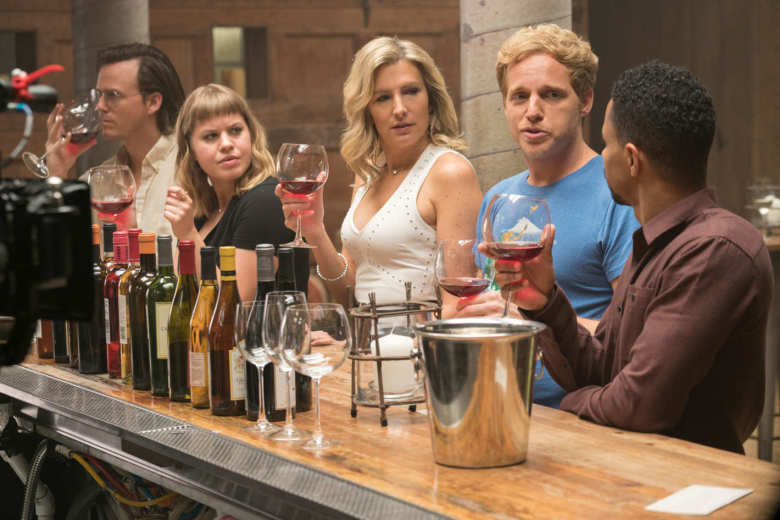 Listen, I love this show, and I love how it doesn’t rush to make sure anyone “gets better”, because in life that’s truly not how it works. However, I thought that this season has been a little slow and because of that the episodes almost feel a little repetitive. I think I definitely would’ve felt that way about this week, if not for Phillips and his lemons. Why? Because two characters actually learned something (maybe). There’s really nothing for Becca and Lindsay’s characters to do but to grow. Nothing. If they go back to the way they were, that would kind of feel like a slap in the face to me, considering the last two episodes would be rendered moot. As for Jimmy and Gretchen, I wonder what’s to gain from the two of them backsliding off the deep-end. I think there’s something to say about the world of depression these characters all seem to live in, and how living in a state of unhappiness really drives you to self-destruct again and again. This show isn’t about being an after school special, or even learning from your mistakes, but if it’s serving to show how really sad people deal with day-to-day annoyances, then at some point there has to be a rock bottom or progression or something. Right?

Either way, I feel like this episode felt like the bottom before recovery (or maybe permanent terribleness), and the underlying tension makes me feel hopeful that we’ll see some strong character development out of our two main characters before the season is over.