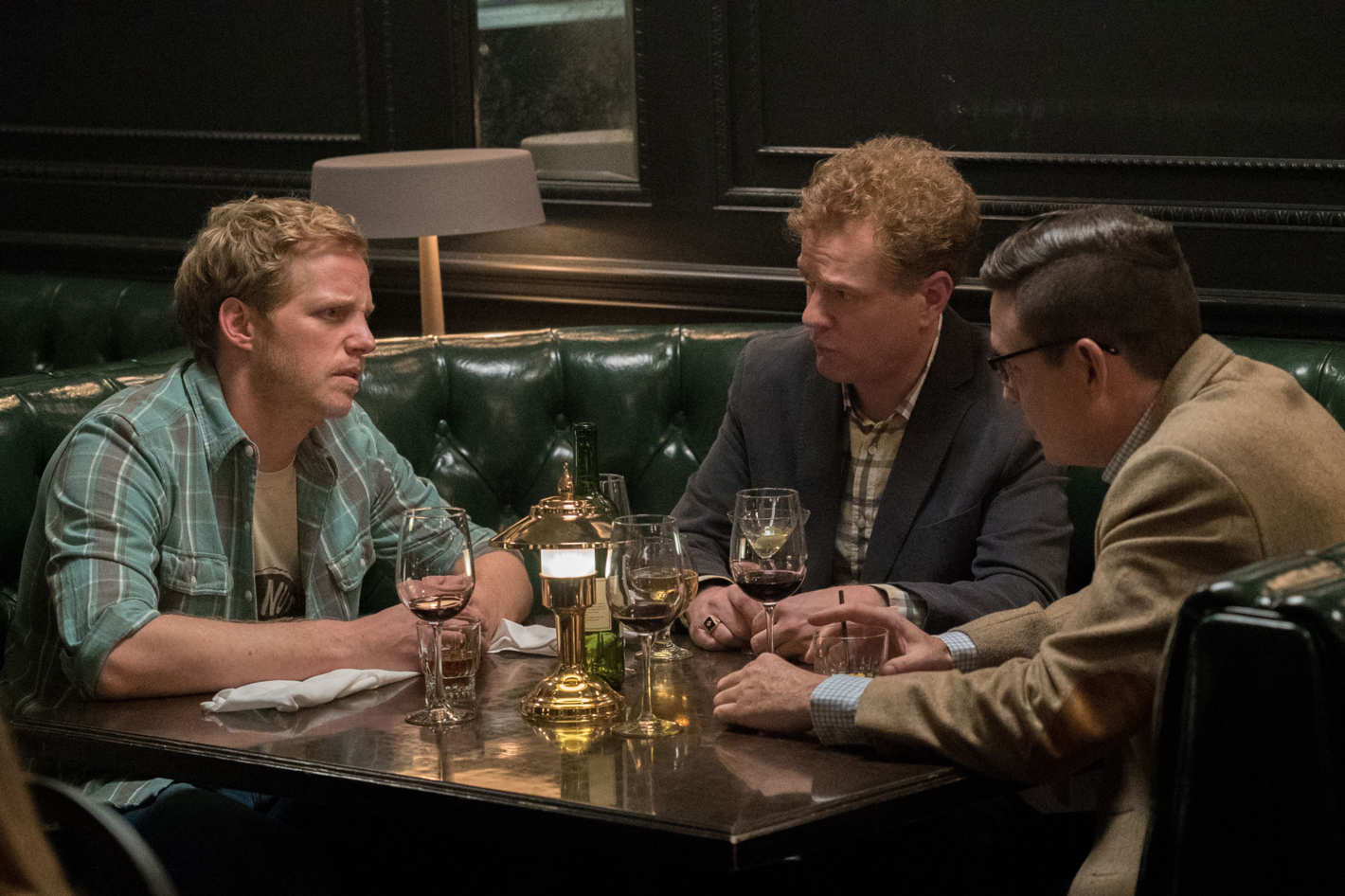 As you may or may not know, Gretchen is fully engaged in a “thing” with Boone, who comes with his own set of baggage. We catch up with her and Boone getting it on, only to have the visit be cut short with Gretchen sees a suspicious text on Boone’s phone from an “Olivia” who tells him she’s coming home early because her meeting got cancelled. Of course, like any rational person, Gretchen flees – Boone’s wife is coming home early! After Gretchen heads out, it’s revealed that Boone is actually only co-parenting, and Olivia is his daughter.

Meanwhile, Gretchen admits to Lindsay that it was pretty hot to almost get caught by who she thought was Boone’s wife. I imagine she’ll be sorely disappointed when she finds out that Boone is a boring divorcee. 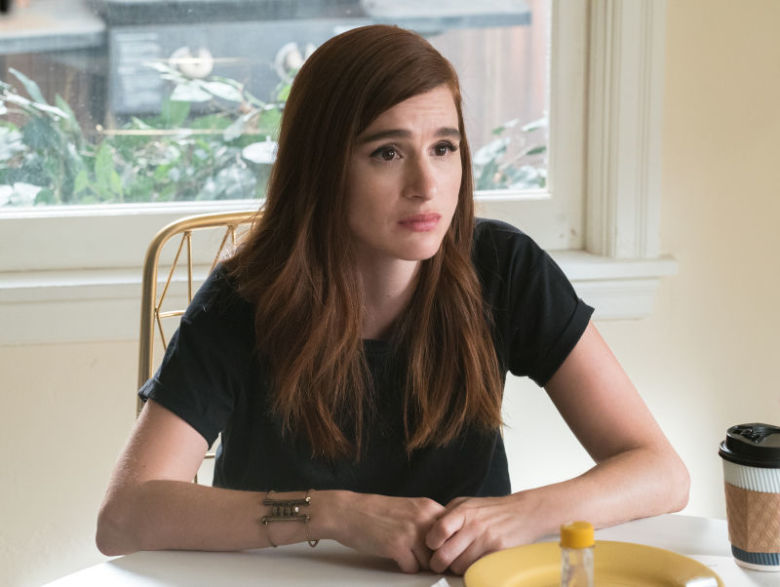 So, Jimmy is spiraling. Edgar finds him pacing in his kitchen, spinning his wheels as to why Gretchen brought a man home. Jimmy tells Edgar that at 4AM he came to the revelation that Gretchen brought him home because she still loves him. See, 4AM revelations are never reliable. To get him out of his slump, Edgar takes Jimmy out for drinks where they run into Vernon and a Men’s Rights Activist. Although Jimmy insults Edgar (saying that he will never bond with him), he later admits to the other two men that it’s been painful to see Gretchen with someone else.

At work, Lindsay tries to impress her work mates by being extra “extra”. It doesn’t work. Even after her coworkers play nice, she finds them all out at a karaoke bar without her. 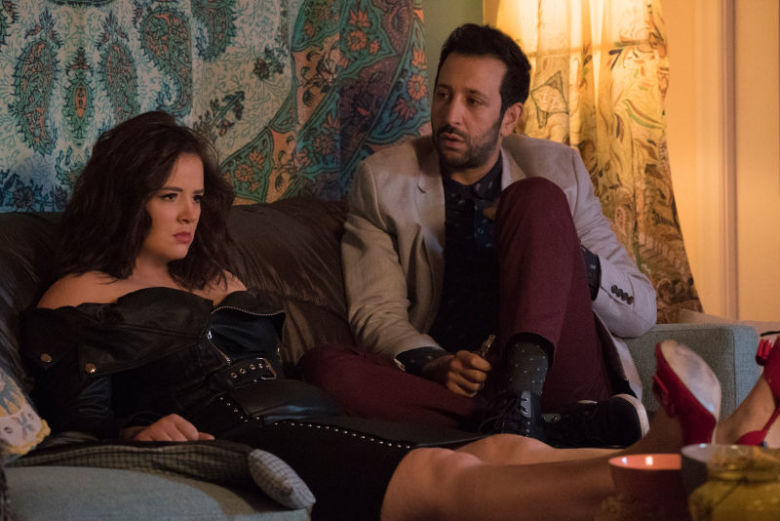 Gretchen and her boo Boone end up in an argument after Gretchen confronts Boone for cheating on his wife. Of course, playing the pronoun game and never using the word wife or daughter, Boone thinks Gretchen is arguing about his daughter and if he should be guilty about sleeping with Gretchen. After Boone storms out, Gretchen finds Olivia’s bedroom, which sends her to Lindsay for advice. Lindsay tells Gretchen that she should definitely break it off, and that too many things are at stake.

Gretchen once again confronts Boone about his kid, and Boone admits that he only snuck around because he though it was sexy. It leaves you kind of feeling bad for Gretchen, who admits that she just wants someone to fight for her. Boone proves her point, that people don’t, when he ends the fight without much…fight.

After their conversation, Lindsay texts Jimmy to let him know that Gretchen is breaking up with Boone, and he waits at home with candles, excited to see her again. Meanwhile, Gretchen has parked herself on the stoop smoking in front of Boone’s house, hoping that Boone  will come out and invite her in. Once Boone finally does come out, he asks her not to go – which is enough for Gretchen to feel fought for. He makes a fire, pours a nice glass of wine and the two start their new relationship. Meanwhile, Jimmy, realizing that Gretchen may have moved on for good decides to dedicate his focus on his career. 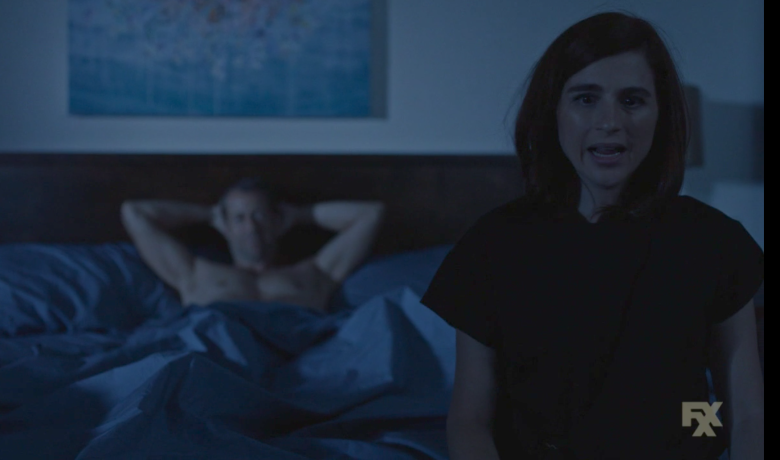 So this was actually one of my favorite episodes of this season so far. I’m an emotional sucker myself, and I thought that this episode had a really strong emotional arc for every one of our main characters without being too sappy. The reality is, Gretchen and Jimmy seem to be beginning the process of moving on – something I think they both need coming off of their very destructive episode last week. What I think made this episode even stronger was the lead in that Jimmy finally admitted he’s hurting after losing Gretchen. In fact, the very thing that Gretchen found in Boone (someone that fought for her), Jimmy seems to now finally be able to do – obviously a bit too late.

I also thought the resolution between Gretchen and Boone was strong. I admit, I wasn’t really thrilled about watching Gretchen spend another few episodes in another jacked up relationship with who I thought was a married man. Even more so, I wasn’t thrilled about watching Gretchen spiral downwards with a man who clearly wasn’t interested in her. But he was, and I actually enjoyed how he “fought for her.” Sometimes, a simple, “please stay”, is enough to show someone you appreciate them.