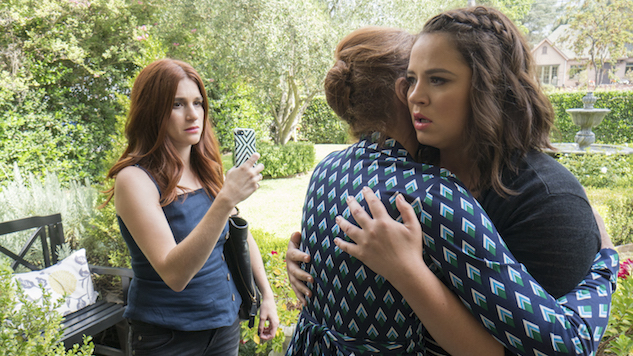 We’re going to ignore the fact that Gretchen’s still shouting, “WORLDSTAR!” in 2017 and just move on to this week’s review of You’re the Worst.

So after her failed Divorce Party, Lindsay is determined to go after Becca, who she feels is the cause of her life being as crappy as it is.  Lindsay storms up to Becca’s home with every intention of beating her up, only to find her mother!

Meanwhile, Jimmy’s all-aflutter after learning that his book, The
Width of a Peach, is a best seller. He finds Edgar and Max brainstorming for a new sketch, and excitedly tells them that he thinks he and Gretchen might get back together. With a lot of pain, Edgar tells Jimmy that Gretchen brought Boone and his daughter to the Divorce Party.

While Lindsay tries to catch her mother up on her life, Becca constantly interjects herself between them, and the two sisters squabble over their mother’s attention.  But it quickly becomes clear why the two women have become competitive messes – their mother is, in fact, the worst.  She’s a narracistic and neglectful mother, hellbent on being a movie star. She even tells them they shouldn’t fight over her, because she’s not going to tell them who she loves more. 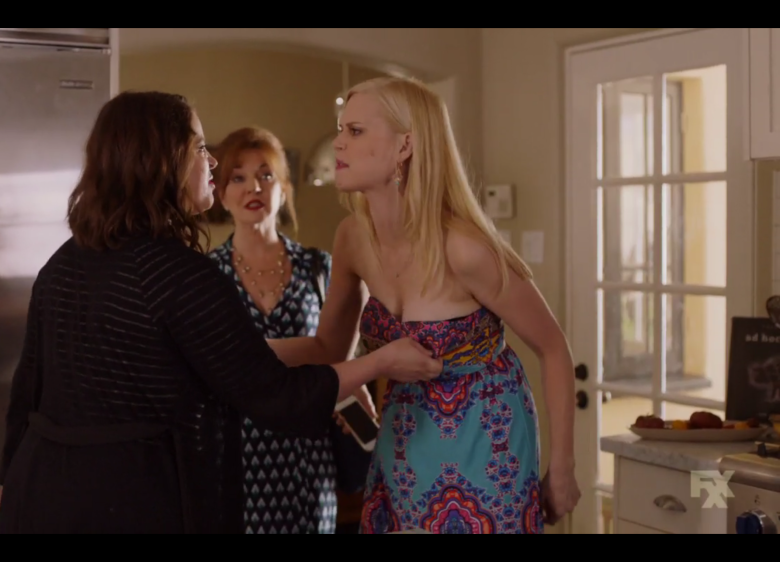 Amidst the mess, Gretchen gets a call from Boone, who invites her to go camping. It was at this point where I realized that Gretchen and Jimmy’s love is a problem, and that Gretchen hurting Boone will be inevitably heartbreaking.

Also, I feel terrible for Vernon. Between watching Talulah and working full time, he’s exhausted, and no one cares!

While Jimmy stomps around, irate about Gretchen and Boone, Max tells Jimmy that he should find another girl to get over it with.  Someone he can whine and dine, just so he can get sex out of them. Jimmy remembers a woman who he feels like he can wow and also sleep with, a woman named Catherine he knows from Manchester.

Kicked out of Jimmy’s house, Edgar and Max take their party to Lindsay’s house where Edgar’s met with a little surprise. After ordering delivery, Edgar finds that his delivery guy is one of his old combat brothers, Ricky, who he pretends not to know in front of Max.

Obviously instead of just talking to Gretchen about his feelings, Jimmy invites Catherine over, and his attempt at wow-ing her is pretty dismal. He’s shocked to find out that Catherine is way fancier now, working as an entertainment lawyer. In fact, Catherine believes that Jimmy has brought her here to ask her for some money. Jimmy gets read for filth as Catherine begins bringing up old times and how everyone used to make fun of Jimmy, even singing a song called “S***y Jimmy.”

Instead of Gretchen telling Boone she’s not ready for a relationship, she tells Boone she’s just not ready to go camping with him. He invites her to Psalm Springs instead. She agrees. Sigh. 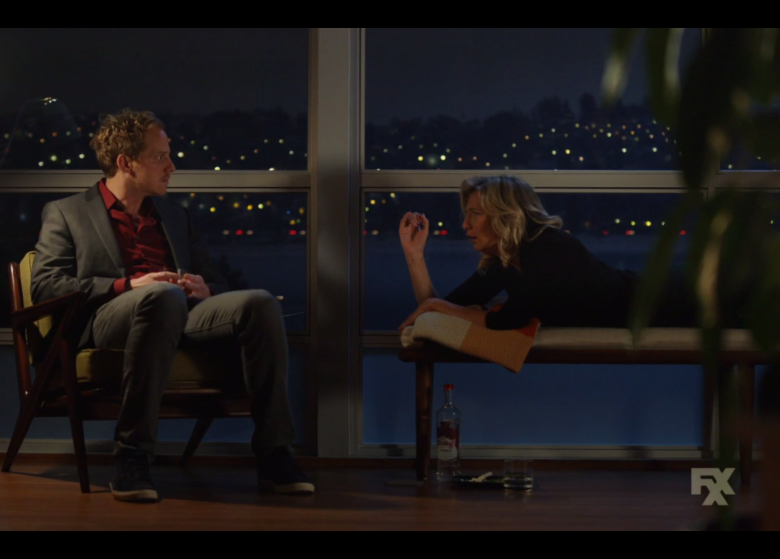 Back at Lindsay’s house, Edgar is mortified when Ricky returns to bring the chutney sauce he forgot to include with their order. Pissed at Edgar, Ricky reveals that he and Edgar served in Iraq together. In a twisted form of revenge, Edgar tells Ricky that if he doesn’t demean himself and spread chutney sauce on his steak, he’ll give Ricky a one star rating, which will hurt him. Ricky does it, and it’s horrible.

As Becca, Lindsay, and Gretchen watch old home movies, they realize that their mother is the cause of their messed up lives.

After getting her fill of making fun of Jimmy, Catherine finally decides to sleep with him… and it seems terrible. If that’s not bad enough, Gretchen catches the two in the act, and just like that, the two are back at square one. Lovely. 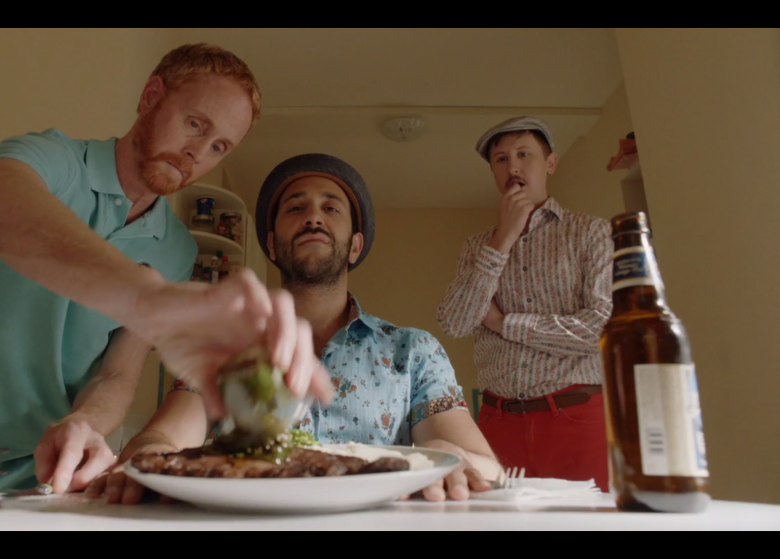 As far as episodes go, I thought this was a solid one that moved quite a few things forwards (and few things back). I’ll start with Edgar, who’s presented himself as a real good guy thus far. Edgar’s been the exaggerated voice of reason and compassion and even as Jimmy has continuously dumped on him, Edgar’s always maintained a certain politeness.But I guess we all have our breaking points, and for each of us, there’s always something that will make us snap – Edgar clearly doesn’t want to talk about his army days and in “Worldstar!” I saw a side of him that I’ve never really wanted to see. However, I thought that it was a unique way to show a character’s darker side, and it makes me wonder, what happened to Edgar that would make him snap like this? Granted, combat is very traumatic for a lot of people, so this could be the show’s way of touching on Edgar’s suppression as a way to cope with the stress he faced in Iraq.

Then we have Lindsay and Becca. While I can’t say I’ll ever care much for Becca – in fact I don’t care anything about Becca – I am glad that Lindsay got to the root of her personal issues. But honestly, what I really enjoyed was the Vernon runner. Throughout the entire episode, I felt bad for the guy; he’s someone clearly crying out for help and in desperate need for a break. Sure, it may have just been a gag used for this episode, but I’d like to believe this might be a set up for a later story revolving him. If that’s true, I thought it was a phenomenal preview of what’s to come.

Finally, while I love the cat chase of Gretchen and Jimmy, and I love that the writers are incessant on torturing us this season, I do wish that someone would just talk to someone. I guess my impatience is exactly the point of the season, but man, I would like a little bit more to stand on. WILL THEY BE TOGETHER OR NOT?