THE FLASH’s Barry and Iris are getting married – if they aren’t interrupted by villains from an alternate dimension, that is.

The CW’s annual DC comic book superhero crossover this year will be set at a wedding and will be titled “Crisis on Earth-X,” according to newly released key art.

The key art was commissioned to celebrate the kick off production on the annual event, this time involving all four CW DC shows, Arrow, The Flash, Legends of Tomorrow and Supergirl.

It was drawn by comic book artist Phil Jimenez.

“We conceived this year’s crossover to be evocative of the annual Justice League/Justice Society crossovers we grew up with and looked forward to as kids,” said executive producers Marc Guggenheim and Andrew Kreisberg in a statement. “Phil was the perfect choice to bring the comic book cover iteration of this idea to life.  You can count on one hand the number of artists who could compellingly represent so many characters in a single image.  Phil is one of them.  And his design invokes the cover of Justice League #207, which was the 20th Annual JLA/JSA crossover.  Our ten year-old selves are in heaven.”

For the crossover, the Arrowverse has also added Quantico star Russell Tovey, who will play the DC superhero known as The Ray.

This year’s crossover will air across two nights Monday, November 27th and Tuesday, November 28th on The CW. For this crossover event, Arrow will air on a special night Monday at 9 p.m. ET following Supergirl, while the other DC shows will remain in their regularly scheduled time periods.

See the full poster below. 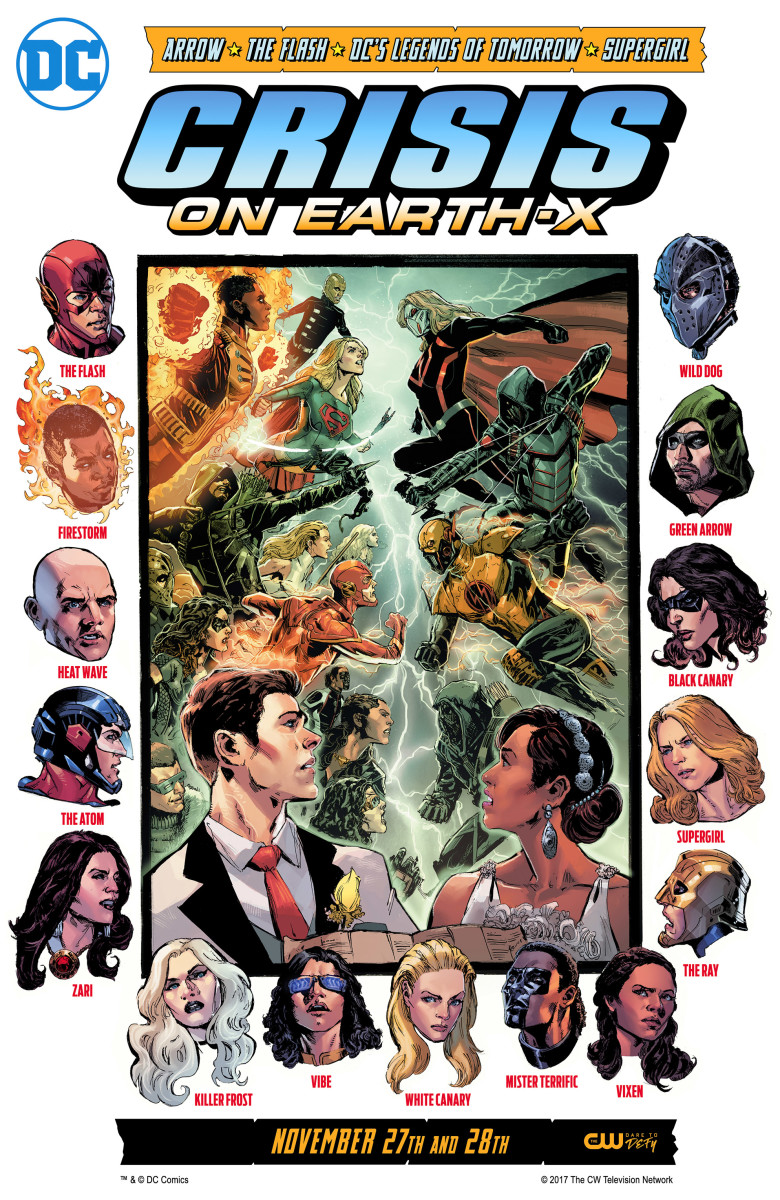