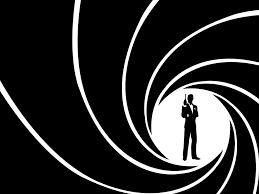 Earlier this year, filmmaker Adi Shankar set his sights on the James Bond franchise with the unofficial animated short James Bond: In Service Of Nothing. The film was taken down for a period of time, but has recently resurfaced. It was speculated that it was forced to be removed because it would potentially detract from the upcoming official franchise release, but I would argue that if a franchise could hold its own ground, a fan made film shouldn’t be looked at as a threat to the filmmakers.

In Service Of Nothing could be seen as a critique of the shift in action films. Starting out in the over the top tone of the 60’s installments, the animated short moves into darker territory with an aging Bond that is no longer at his height. Take a look.

The James Bond series has had a history battling imitations and spoofs at the box office, and has always come out victorious. In 1967, the spoof Casino Royale was released. Although it was technically also released under MGM, it could have derailed the Bond series for being panned by both critics and audiences. With the next true Bond installment, Sean Connery returned in Diamonds Are Forever to mass success. The reputation of the franchise remained intact with another smart crowd pleaser.

In 1983, Warner Bros. had acquired the rights to an Ian Flemming story that the studio would make into Never Say Never Again, starring an aging Sean Connery. It would go head to head at the box office with the official cannon entry Octopussy, starring Roger Moore. The MGM franchise still came out on top, despite the return of Connery in the Warner film. There are countless spy spoofs including the Naked Gun series and the Austin Powers films that could have derailed audiences towards spy films over the years. Despite these, the Bond franchise has stayed strong.

The series has positively inspired numerous crowd pleasing projects. 60’s television series Get Smart, Mission Impossible and The Avengers were each influenced by the Bond films, but operated on their own levels with touches that made them unique.  Recently, Matthew Vaughn’s Kingsman: The Secret Service played out as a respectful love letter to the franchise, which paid homage while treading new territory.

I believe that audiences are getting what they want when they go to see a Bond film. The box office numbers for Skyfall prove that. I don’t believe that an unofficial non for profit film would ever detract from the franchise. It could be seen as a fan tribute that studios shouldn’t have to take down. Perhaps the lyrics to the theme song to The Spy Who Loved Me hold true with the line “nobody does it better.”