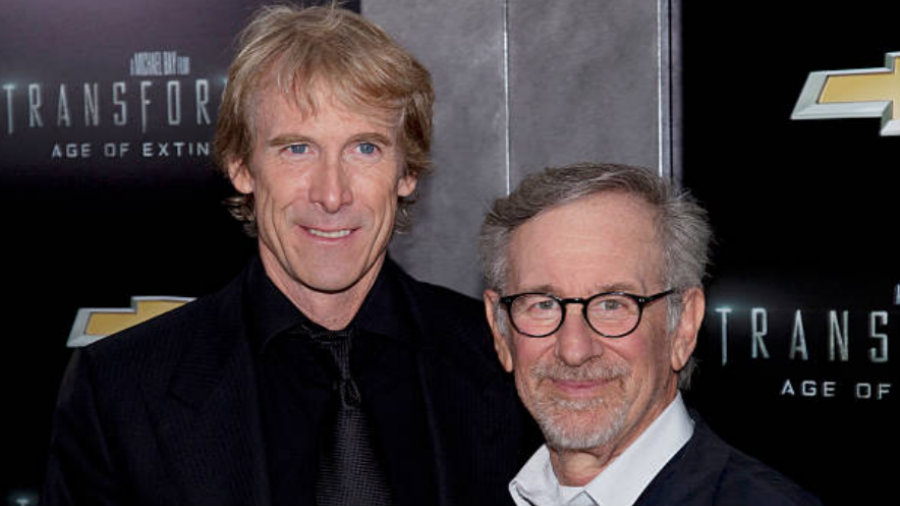 After being hand-picked by Steven Spielberg to direct the Transformers franchise, Michael Bay has once again been chosen by The Bearded One to take the reins of ROBOPOCALYPSE, the Tracking Board has confirmed. But first, Bay will direct and produce Skydance’s action movie 6 UNDERGROUND, which sounds a bit more promising.

Written on spec by Deadpool scribes Paul Wernick and Rhett Reese, 6 Underground is keeping its official logline under wraps, though Variety reporter Justin Kroll took to Twitter to describe the film as a cross between Bay’s own The Rock and Suicide Squad. Sounds cool to me!

David Ellison, Dana Goldberg and Don Granger will produce for Skydance, while Wernick and Reese will serve as executive producers. Production is slated to start this summer, so the movie should be ready for release next summer.

Once 6 Underground is locked and loaded for theaters, Bay will turn his attention to Robopocalypse, since apparently, he didn’t get his fill of robot action from the Transformers movies.

Robopocalypse is based on the sci-fi novel by Daniel H. Wilson and takes place after a robot uprising. Spielberg planned to direct the film at one point, with Chris Hemsworth slated to star, but he could never find a handle on the story, nor could he carve out the time to direct the movie himself. It makes sense that he would turn to a reliable pro like Bay, I’m just surprised that Bay would go for the idea at this point in his career, though I suppose no one says “no” to Spielberg.

We’ll see how Pacific Rim: Uprising performs in theaters, and whether Bay will be as eager to direct Robopocalypse afterwards. The director is represented by WME, which also reps the writers. Variety broke the news.