Elliot may not be the only person who’s constructed an elaborate fantasy life on MR. ROBOT, and Dom figures out how to track down Cisco and Darlene, but can she get to them before The Dark Army?

Joanna Wellick is a twisted woman, based on the way we’ve seen her conducted her relationships over the course of the last season. The dynamic between her and Tyrell was odd, not so much a marriage as a partnership similar to the one in House of Cards between the Underwoods. There doesn’t seem to be a lot of love between the two of them, just a power hungry partnership, and a dominant/submissive give and take in both the bedroom and in the balance of power in their relationship. Both are cold, calculating, and dangerous, and unlucky for Elliot, she’s tracked him down. She makes him an offer he can’t refuse, even though he refuses it. He must try to find out where the calls she believes are from Tyrell actually originate from.

While Elliot is shopping for computer equipment a phone call comes in on the phone Joanna gave Elliot. When he answers it, Mr. Robot immediately disappears. Elliot hears breathing on the other line, is it really Tyrell? Has Mr. Robot lied to Elliot about Tyrell’s death? Does he disappear because he’s scared, or because he’s annoyed that Elliot has not listened to his opinions again? He’s been pushing Elliot to go back to his apartment, but why? What’s there? Has Mr. Robot hidden something that he needs there? It’s hard to figure out after the disappearing act he’s just pulled. Joanna’s strongman gives Elliot everything he needs to get back on his feet after the feds have taken away all of his computer equipment. He tells Elliot no one else has been able to find out where the calls are coming from, and he expects the same out of Elliot. But Elliot isn’t like anyone else, he’s able to work the system, and manipulate the police department into giving him the GPS coordinates where the calls are coming from. The Strongman doesn’t believe the address Elliot comes up with and says there’s no way Tyrell is calling from that address. It appears the address is Joanna Wellick’s own house, and if this is the case, is she like Elliot? Has she created an alternate persona calling herself as Tyrell? If this is the case, why has she done this? How will this tie into the greater story narrative of Mr. Robot in a meaningful way?

Price asks his old friend Terry Colby for a favor. He’s got pull with people in high places, and Price wants a vote in the UN manipulated so the country of Chad can annex the Congo. This would basically give China access to everything there. He doesn’t want the US ambassador to vote one way or the other, he wants him to abstain from voting, the rest will take care of itself. Price gives a speech to Colby when he’s asked why. Price has always wanted to be the most powerful man in the room, and he is in the entire world, except for maybe one or two rooms. His focus in life is to become as powerful as God, and by manipulating world politics and economics; he’s becoming as close as possible to becoming a God. 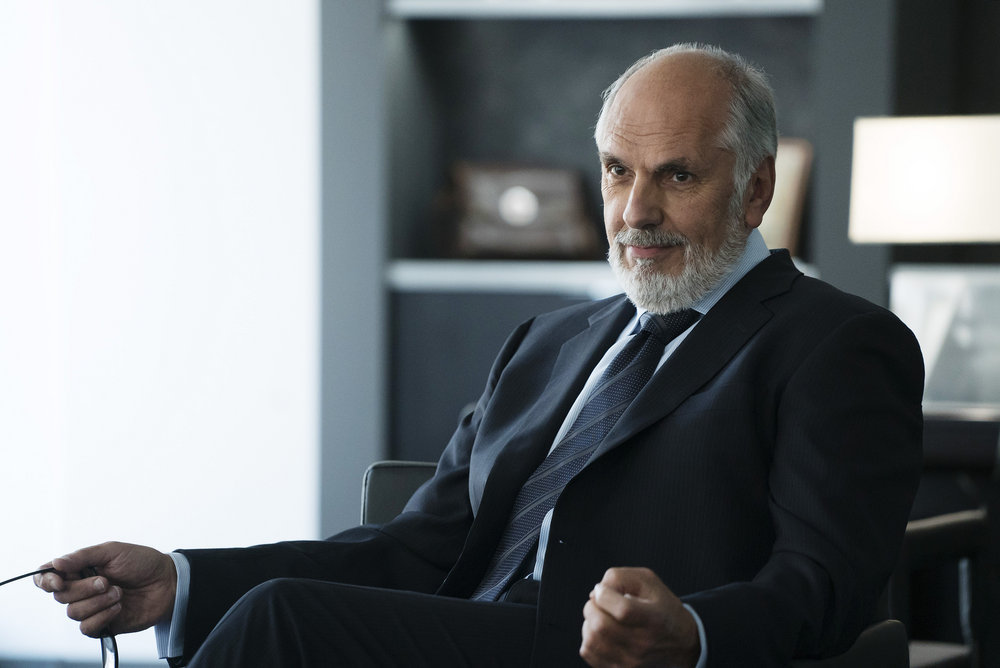 Cisco found a guy named Vincent at Susan Jacob’s house when he went to retrieve the VHS tape Darlene left there. He’s been badly beaten, and is going to die unless they take him to a hospital. Darlene argues for them to let him die, but Cisco dresses her down, and they end up bringing him to the hospital. The problem is Vincent was part of a group of fsociety people arrested in Washington DC. They were all supposed to meet up at Susan Jacobs house, and soon the place is crawling with FBI agents. Dom shows up and finds a neighbor has given a sketch of the man they’ve just seen leaving the place, and it matches Cisco. Dom wants to try and find him before they send the sketch out wide for fear The Dark Army will kill him the minute they find out he’s been made. Her boss ignores her request and uses the media to release the sketch of Cisco on the news.

Angela needs to see Elliot, and they meet on a subway car. She’s scared and has realized what they are up against is overwhelming, and the deck is completely stacked against them. The people they are trying to take down control everything, and so she’s going to admit to what she did. She’s going to take Dom’s offer since she sees no way out. Elliot is heartbroken that he’s brought all of the people he loves into harms way. They hug, and then Elliot kisses Angela. It’s something he’s wanted to do from the beginning, and now it’s uncertain if the kiss is goodbye or not. When he leaves the subway car, two people confront Angela. Are they E-Corp henchmen or Dark Army henchmen?

The nurse from the hospital calls the FBI after she recognizes the sketch of Cisco, and soon Dom realizes Darlene and Cisco don’t know about the alert and will be coming back in an hour to check in on their friend. She has to find them before The Dark Army does, but the minute she locates them and calls for backup, two members of The Dark Army show up on a motorcycle and shoot up the restaurant they’re at. Dom wounds the shooter, but not before it appears Darlene and Cisco went down in a hail of bullets. Are they really dead, or did they escape?

There are a lot of loose ends to wrap up in next week’s two-hour season finale, which means the weight of the season rests on the shoulder of those 120 minutes. If it fails to deliver, the season fails with it. If it works, than the season wraps on a high note warts and all. I’m nervous whether it will be able to deliver on all of it’s narrative threads and tie things up, but we won’t know until next week.