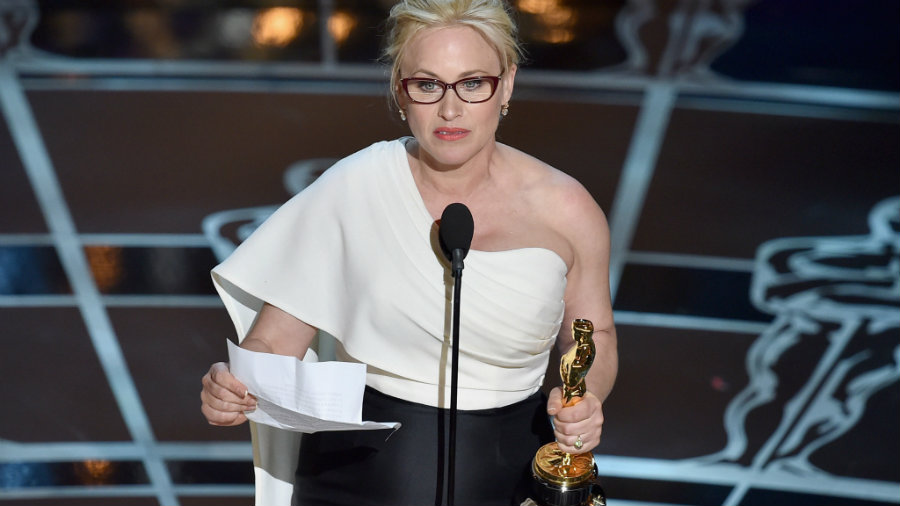 What do you do when you’ve won an Oscar for acting in a movie that took 12 years to make? In the case of Patricia Arquette, who won that Oscar for her role in Richard Linklater’s 2014 movie Boyhood, you go ahead and direct a movie yourself.

Arquette will make her directorial debut on Love Canal, a drama for TriStar Pictures that is based on the Will Battersby doc The Canal, currently in post-production for a 2018 release.

Written by Brad Desch (Fathers and Daughters), both films are about the group of amazing working class housewives of Love Canal, New York, who battled against the government and chemical industry in the ’70s after learning toxic chemicals had been dumped onto the lot where their homes were built.

The film is a co-production by Safe House and 3 Arts with Tory Tunnell from Safe House producing the drama along with Battersby, Arquette and 3 Arts’ Richard Abate. Exec. producers are Joby Harold and Molly Madden with Hannah Minghella and Shary Shirazi overseeing for TriStar.

With Battersby’s doc being sold for distribution by 3Arts with a 2018 release planned, the first-time director is highly involved with covering the Love Canal controversy, as he’s also currently writing a book with Pulitzer Prize-winning journalist Tamara Jones for Ballantine.

A devout feminist repped by 3 Arts Entertainment and the Gersh Agency, Arquette famously accepted her Oscar with an amazing female empowerment speech which makes this project perfect for her directorial debut with its important tale of inexperienced women fighting for change in the battle over Love Canal.

Arquette will next be seen in the Showtime mini-series Escape at Dannemora alongside Benicio Del Toro and Paul Dano, as well as providing her voice for Pixar’s Toy Story 4, currently in production for a 2019 release. She’s also attached to the long-in-development film based on Sylvia Plath’s The Bell Jar, which will be Kirsten Dunst’s directorial debut.

Arquette’s amazing career began thirty years ago, appearing in the very bad horror flick A Nightmare on Elm Street 3: Dream Warriors. Fortunately, she went on to much better projects like Tony Scott’s True Romance, written by Quentin Tarantino, Tim Burton’s Ed Wood, Stephen Frears’ The Hi-Lo Country and other films before taking the lead role on the NBC show Medium. Arquette won an Emmy and was nominated for three Golden Globes for her part in the hit show, as well as directing an episode. She was already working with Richard Linklater on Boyhood when he cast her in his adaptation of the bestselling non-fic book Fast Food Nation.