PaleyFest 2015 was in full swing with the Flash/Arrow Panels, and we learned a few interesting things about both series. If you haven’t yet, be sure to check out our live coverage from the event and our recap of the panel. Check out all of our PaleyFest coverage here. At the end of the panel, Greg Berlanti revealed that any plans to bring in Flash Comics speedsters Wally West and Bart Allen could appear in season two. Will we actually see multiple Flash characters existing in the same series?

2. A Shocking Revelation About Reverse Flash Is Coming

We will finally learn how the Reverse Flash seemingly fought himself in episode nine. If Harrison Wells truly is the Reverse Flash, then how was he able to battle himself? Time Travel? Or is it possible that it was a different person entirely? We’ll be finding out soon. We’re also due to learn what Harrison’s endgame really is, and just exactly why he’s so invested in Barry’s future.

Prior to the panel, the audience was offered a sizzle reel teasing the upcoming episodes. In it, it featured Detective Joe West with Gorilla Grodd! Actor Jesse L. Martin then revealed that he had an upcoming scene with the hyper-intelligent gorilla. How will Joe face off against Grodd? Is he taken hostage? The creators also teased that they would be borrowing from a major comics storyline in the future. Is it Flashpoint? One can only guess due to the series’ inclusion of Reverse Flash and the integral mystery of Nora Allen’s death.

“There’s a fairly big Flash storyline from the comics that we’re going to tackle in the future.”

5. The Flash Team Will Learn The Repercussions Of Housing Prisoners 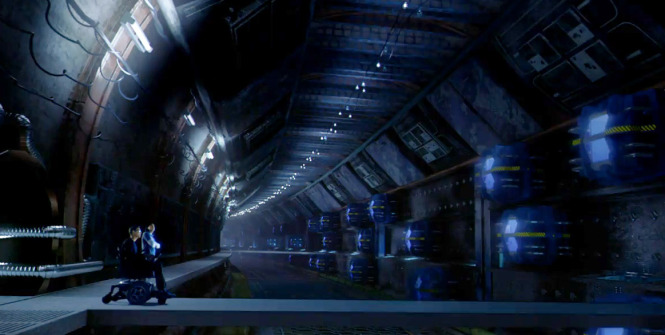 The question of who is feeding and otherwise tending to the prisoners in the Pipeline will be answered. The S.T.A.R. Labs team will be forced to confront the morally questionable actions that they’ve taken as  judge and jury and will have to deal with the serious repercussions.

1. Everything Will Change In Season Four

The creators teased that the show’s dynamic will change drastically in season four and that nothing will be the same. They revealed that season three’s finale will have dire consequences that will ripple through the series.

“The show will never be the same again.”

2. Oliver’s Decisions Could Have Drastic Consequences

When we last saw Arrow, Ra’s Al Ghul had offered Oliver command of the League Of Shadows. Will Oliver accept? Star Stephen Amell discussed that Oliver may lean towards accepting the offer due to his crushing feeling of defeat. However, there may be consequences to his denial of the offer.

“If you know Ra’s and his tactics… you realize that it’s an ‘offer’ in name only. It’s a demand. And if Oliver says no, there will be incredibly dire consequences.”

3. Things May Change For Malcolm

“In that scenario, would it wipe everything out for Malcolm? Does he become somebody who is free of everything? Could he start again? Where does that put him?”

The sizzle reel that played before the panel highlighted a sequence that featured Detective Lance bursting into the foundry with a group of policeman, claiming that he’s finally caught the Arrow. When we last saw the detective, he seemed to be on good terms with the emerald archer, having worked together on several occasions. Could it be that Sarah’s death has triggered something within him? Or could Oliver or Laurel do something that puts him over the edge?

5. Oliver And The Atom Won’t See Eye To Eye

In the sizzle reel, we also say that Ray Palmer discovered who the Arrow was, and was determined to stop him. Will the Arrow and the Atom face off? How will Ray react when he learns that Felicity works with Oliver? How will Oliver take the news that Ray and Felicity are together? Will the Ray be foolish enough to try and take down Oliver?