1. The Stories Are Kept Secret to the Cast

The panel showed us that the cast is just as in the dark about the future of the characters as the audience members are. It was revealed that the scripts are sometimes read only ten to fourteen days before they are revealed to the public. This has kept the cast on their toes, and often feeling just as surprised as the viewers.

2. Huck May See His Family Again

During the panel, the question of whether or not Huck would see his family again was asked by an audience member. The question was answered with the fact that this story is not closed and could definitely be revisited. It seems like a strong possibility with this reaction. 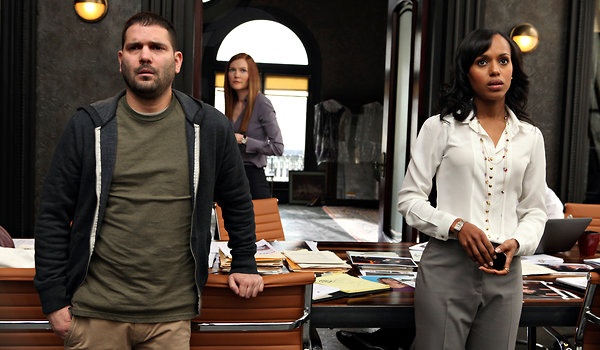 3. The Cast Is Willing to Embrace Racy Subjects in the Future

With a recent episode tackling the events in Ferguson, the cast and crew were taken back by the fan reaction to the material. Kerry Washington was very pleased that the episode transcended what the series could be. This leaves a door open for the series to tackle real subject material in the future.

4. The Cast Didn’t Know that Henry Cusick Would Return

With Cusick’s return being a surprise to fans, it also shocked the cast. They decided not to re-unite with him until they were on screen to make the scenes more drastic. The cast revealed that it was a very emotional time, and ended up paying off.

The panel revealed that there are often changes made on set that are based on the lives of the actors, and she is open to input. Rhimes often asks the actors what they think about their characters. Guillermo Diaz created how Huck speaks. It was kept for the series.