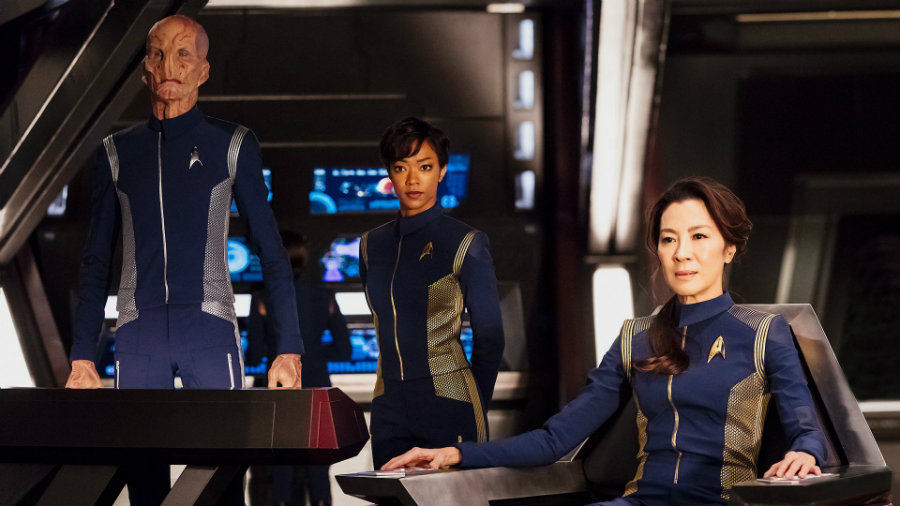 Star Trek: Discovery, the latest series in the long-running, popular sci-fi series, seems to be doing well at its home on CBS All Access, as the subscription service has decided to renew the show for a second season. Bad news for the fans is that the second season probably won’t air until 2019, so enjoy the current season while it lasts.

The show, which premiered on CBS on Sept 24 before moving to CBS All Access, has had a challenging two years getting made, with the original Jan. 2017 premiere date being pushed back to May.  Showrunner Bryan Fuller left the series to work on his Starz show American Gods with Gretchen J. Berg and Aaron Harberts taking over as showrunners from Fuller’s outline. Executive producer Alex Kurtzman then made the request to CBS CEO Leslie Moonves to delay the premiere four more months to Sept.

Marc DeBevoise, president and chief operating officer at CBS Interactive, said this about the decision to renew: “In just six episodes, Star Trek: Discovery has driven subscriber growth, critical acclaim and huge global fan interest for the first premium version of this great franchise. This series has a remarkable creative team and cast who have demonstrated their ability to carry on the Star Trek legacy. We are extremely proud of what they’ve accomplished and are thrilled to be bringing fans a second season of this tremendous series.”

Reportedly, the Star Trek: Discovery premiere set a number of new records for subscriber sign-ups at CBS All Access.