The next panel of the day was meant to be “Legends,” but apparently everyone at Comic Con is a big fan of Sean Bean…or maybe they just like seeing him with his head still intact. Anyway, luckily, “The Last Ship” was in the same room, so we managed to get into that one right away. It’s a good thing, too, because this was one of the panels with the biggest names of the whole day. There were Hank Steinberg, Steven Kane, and Jack Bender, two writers and a director, respectively. 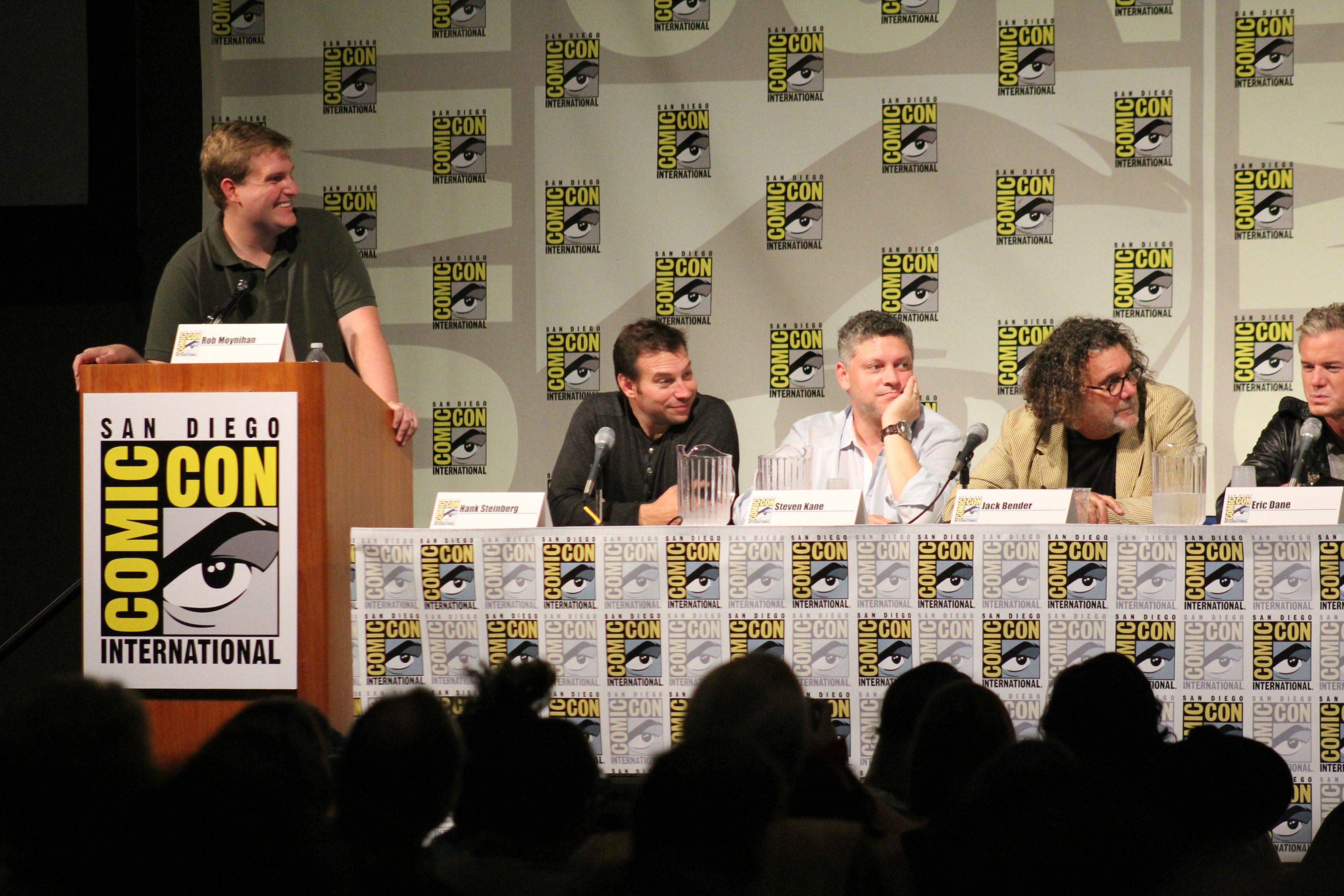 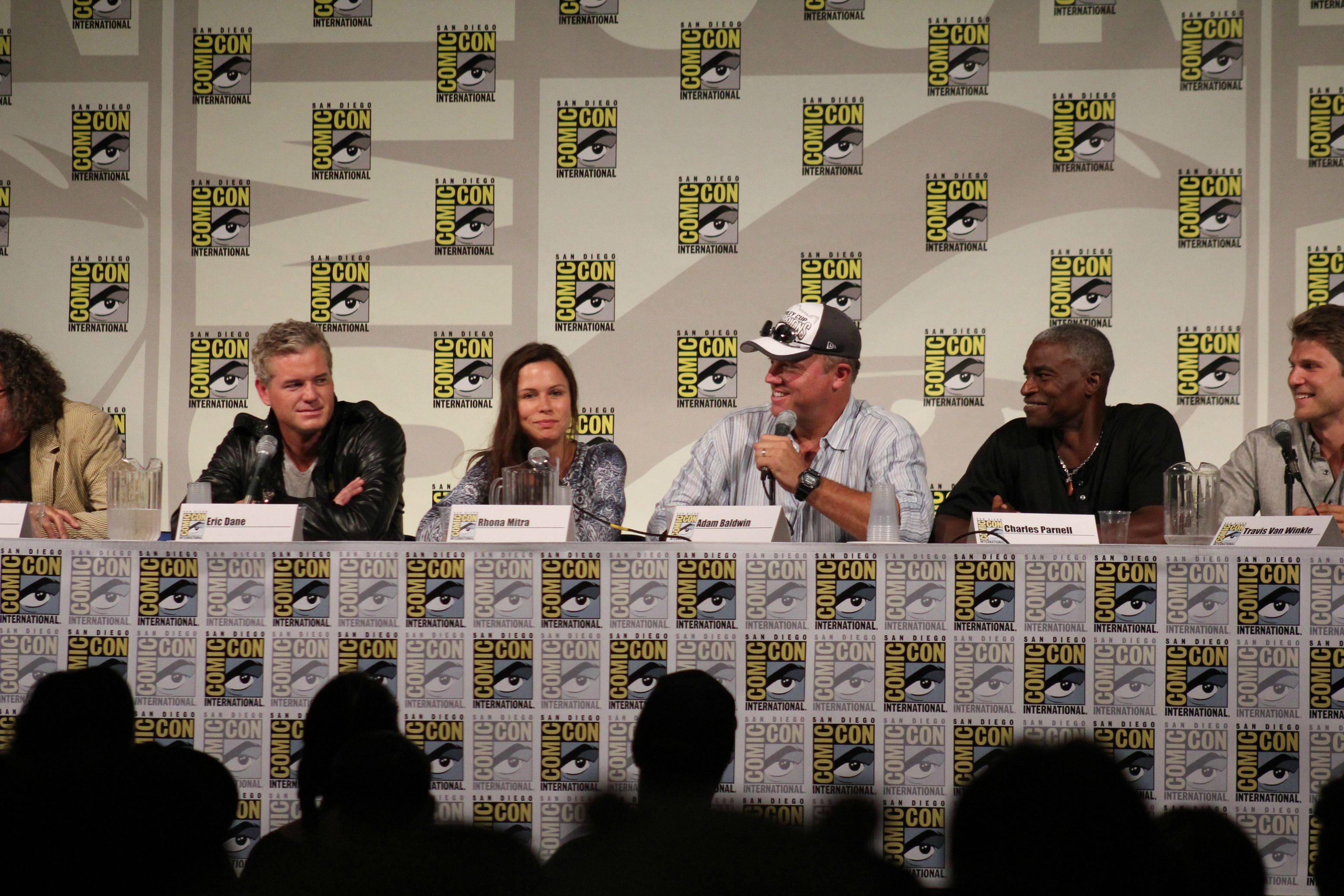 At first, they seemed a bit nervous but once the questions started flying at them – as well as a good dose of applause – they loosened up and seemed to be enjoying the panel as much as we were. They dished about cast injuries, their views on their characters, and some sneak previews for what’s coming up. Apparently, Tex (played by John Pyper-Ferguson on the show) was injured…at the golf course! He was playing a few rounds and hit the ball into a rock, which ricocheted and hit him squarely in the face. Fortunately, it could easily be covered up by CGI. Dane, too, was injured, but on set. His hand slipped and a stunt knife stabbed him right between the eyes. Luckily, it hit there and not an inch to either side or he’d be Captain Hook instead of Captain Chandler.

As for the characters, Steinberg and Kane commented that what makes the show work are the humor and heart of every character on board the ship, who sacrifice every day for the good of human kind. According to Baldwin, his character is “the same frickin’ guy” he always plays, harkening back to his time as John Casey on “Chuck.”

For the rest of the first season of the recently renewed show, there are a few things that are to be expected, as well as a few things that seem pretty spoiler-heavy. So, here’s your advanced warning: possible SPOILERS ahead.

Now that we have that cleared up, if you’ve been keeping current with the show, you’ll know that the crew of the Nathan James have hit a few rough patches lately, but there is a light at the end of the tunnel – Dr. Scott has a vaccine that’s ready to be tested on monkeys and last episode, they got the monkeys, but not without a lot of trouble. On the second half of the season, there will be a virus scare on the ship and Van Winkle’s character, Lt. Danny Green (or Loverboy as Rikki McKernan refers to him in her reviews), may be the ship’s first viral casualty. 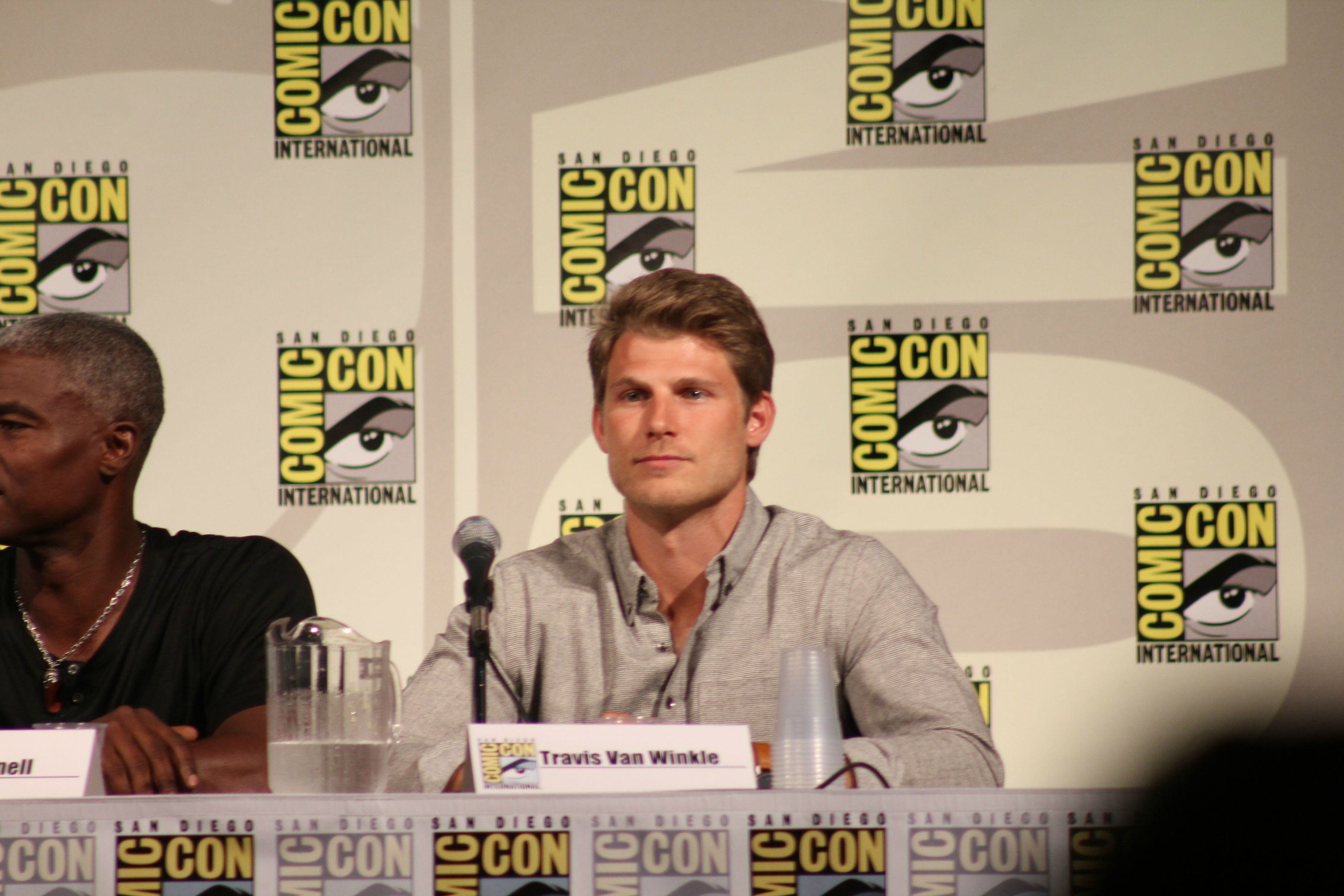 Dr. Scott realizes it might not be as quick and easy to produce a viable vaccine after more and more of her test monkeys start to die. And, good news for fans of Ravil Isyanov, the Russians will be back at the end of the season for a major cliffhanger!

They ended the panel answering a rather personal question about their own connections to the military. Dane revealed that his father and uncle had both served in the Vietnam War, while Van Winkle touchingly recounted that his parents both met while serving in the air force. Cue the collective “Awwww…”

Be on the lookout for some of our best photos from the day and stay tuned tomorrow for posts on “Hannibal” and “Penny Dreadful.” Bring on the gore!