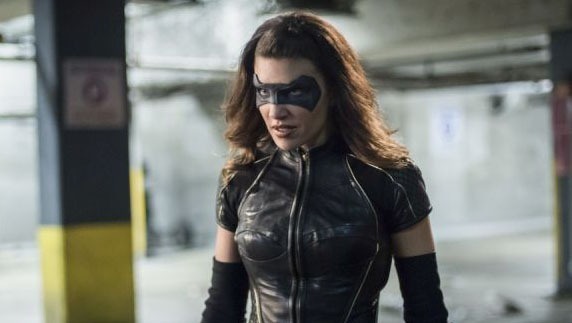 I’m here today to deliver good news. Assuming no funny business, Cayden James, played by Michael Emerson, is gone from Arrow for good. That’s right, he was killed off, with a new primary villain emerging and hopefully injecting some much needed life into Arrow’s shaky sixth season. But all this happens in the show’s final moments. How do we get there?

Well, it all starts with Felicity and Alena figuring out definitively that Oliver did not kill Cayden James’ son, the now familiar motivation for a supervillian having it out for Green Arrow and his beloved Star City. But if Green Arrow didn’t kill Cayden’s son, who did? Both Cayden and Ollie become convinced that someone inside of Caydens’ team did it.

Old Team Arrow and New Team Arrow form another uneasy alliance to round up the likes of Anatoly, Diaz, and Black Siren. The latter doesn’t go down quietly, in part because two of Ollie’s allies — Dinah and Quentin Lance — can’t let go of the past. Dinah wanting revenge on Black Siren and Quentin, still seeing his own daughter, wanting to redeem Black Siren, is probably the most intriguing dynamic of Arrow season six. 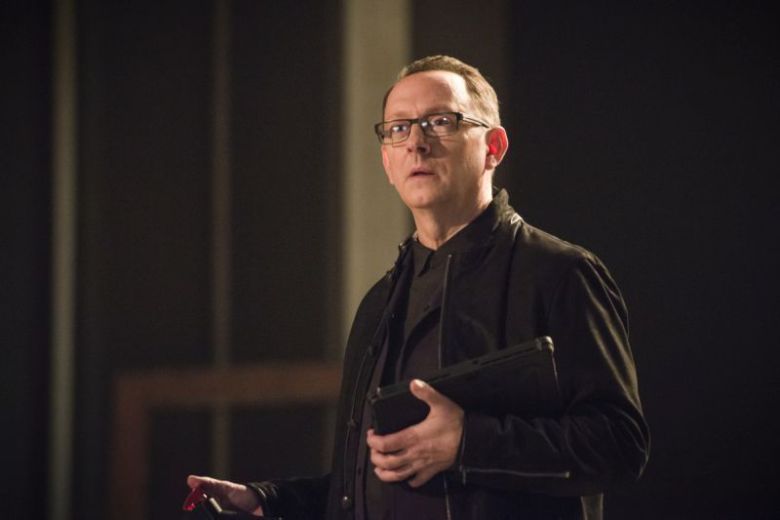 Lance walks the line between being deeply sympathetic and annoyingly delusional in his dealings with Black Siren. I could use less of him calling her “Laurel.” It’s not just that he’s denying reality, but in a way, it makes him seem clueless and callous. Even if you were to ignore all of Black Siren’s past transgressions, she just brutally killed Vigilante, the love of Dinah’s life. On the other hand, Black Siren has given us some signs of humanity — hesitating a few times when Cayden James gave her orders which she ultimately executed. As well, she spared Lance’s own life and these glimpses inspire Lance to never give up.

Dinah, meanwhile, is ready to end Black Siren as soon as she finds her. She killed Vince/Vigilante. Case closed. But the show cleverly provides the conceit that Black Siren is valuable to Cayden James. Maybe (but probably not) she killed Cayden’s son. If so, she needs to be delivered to him so they can all figure this out so the city doesn’t go boom. 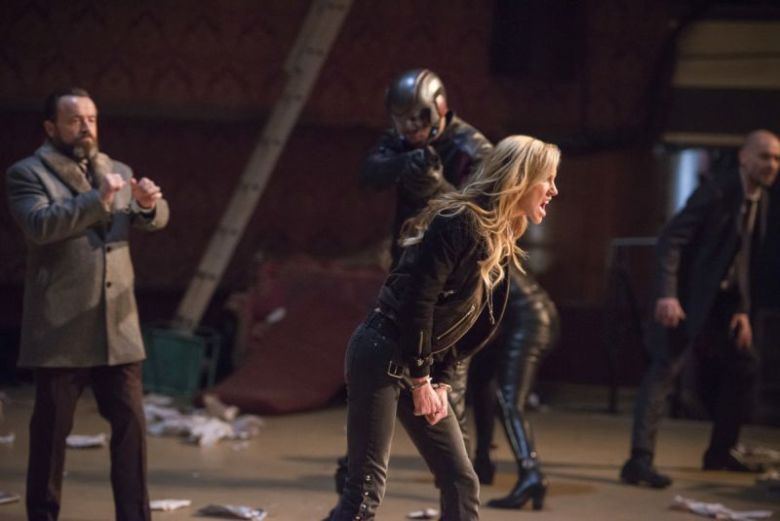 William, who all of a sudden is back into the mix, somehow follows his father and the rest of the team to Cayden’s rendezvous. Through flashbacks, we meet Cayden’s son, a star athlete who doesn’t feel much of a connection with his father. A younger tech guru Cayden is arrested by authorities at his son’s big game and then later finds out in lockup that somehow his son was killed. Arrow’s sixth season has focused a lot on personal relationships. The parallels between Cayden and Ollie are there but some of this feels like familiar territory too. Arrow did the whole fatherhood thing last year with Prometheus, who was ten times the villain Cayden is.

Eventually, Black Siren lies and takes responsibility for killing Cayden’s son. Cayden gets too close to her siren-disabling collar, which breaks off. She unleashes all of her sonic fury and escapes, as do several others, but Green Arrow gets his hands on Cayden, finally bringing him in for good.

Later, though, at the precinct, Diaz pays Cayden a visit. Rather than destroying a city, Diaz would prefer to take it over. He tells Cayden that he was the one who killed Cayden’s son years ago. He then puts a daggar into Cayden. So finally after 13 episodes, we have a new main villain. Here’s to hoping Diaz is more interesting than Cayden was. He seems like a generic crime boss right now. Part of me feels like we need someone with some superhuman strength or something right now to shake things up. But I’m hoping Arrow can get back on track as we march toward the end of the season.