Don’t be fooled by Spencer’s strut or cool 80s looking suit. The NFL linebacker turned financial manager is backed into a corner this week on BALLERS in a way that we haven’t yet seen. This week’s “Everybody Knows” finally makes good on set ups that have been festering for weeks, and is full of the kind of conflict that I’ve been hoping for from this show since it began. In a hot sauna room, Joe tries to get Spencer to open up about his past. Joe has Andre’s unflattering words about Spencer swirling in his head, but like any good business partner and friend, Joe believes in Spencer; he just wants him to come clean if there’s anything. Spencer is his usual tight-lipped self, but for the first time Joe actually stands up for himself and tells Spencer off. My first thought: About time!

To add insult to injury, as soon as Joe leaves, a sexy sauna patron enters and disrobes next to Spencer. Joe reappears and is livid. A minor but witty moment that typifies how Joe sees Spencer. Spencer’s the guy who appears to have it all, but refuses to share enough of it with his friend.

Joe takes matters into his own hands and meets with trusty informant Maximo. This leads to Joe finding doctor who gave Spencer his new prescription. Is this the big secret that Spencer has been hiding? Hardly. 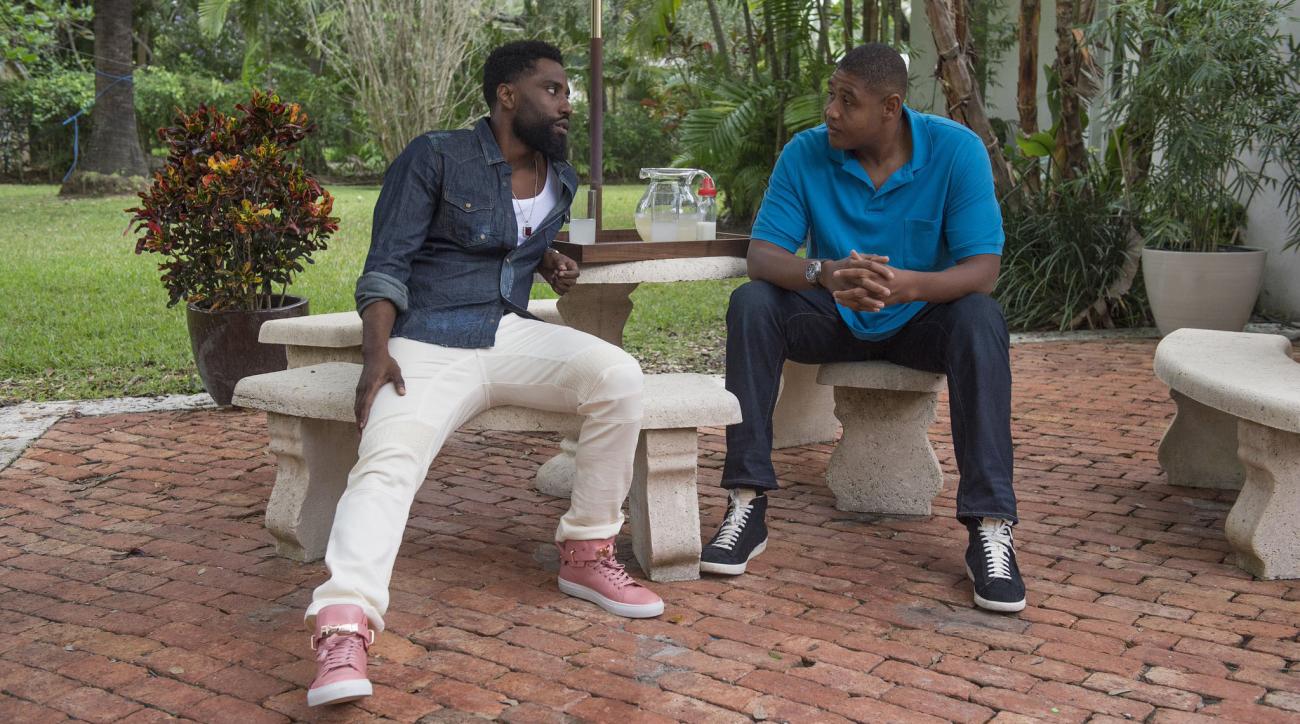 Meanwhile, Ricky visits Charles for advice regarding the blow up he had with his father. All of a sudden, Charles is becoming a solid mentor figure, and his new confidence and poise is a welcome evolution. Last week, after initial anxiety, he found a way to cheer up a Dolphins player who got the axe. This week, not only does he tell Ricky to patch things up with his father, but also — after talking it over with Seifert — orchestrates a way for Ricky to stay in Miami by getting another player to restructure his deal.

It seems like Ricky’s decision has finally been made, until he gets a call from Jason saying that St. Louis offered him a big deal. Like I said, nothing comes easy in this episode.

There’s also an interesting subplot with Travis Mack, who goes on Jay Glazer’s show to talk Xs and Os. Glazer gives Mack a quiz of sorts, drawing up a play on a whiteboard. He tosses a marker to Mack and has him go at it, but Mack totally freezes. Does Mack actually know anything about football? He storms outside and Spencer tries to calm him down. Mack admits he has dyslexia, which helps explain why he skipped the combine, too. Mack reenters the room, talks out what he couldn’t write, and knocks it out of the park.

The meat of this episode, though, involves Joe and Spencer, as well as Anderson and Andre. Oh, did I mention that Andre makes an offer to buy Anderson Sports Management? Andre’s going for it all now and an unnerved Anderson calls Spencer and Joe in for a meeting.

Joe catches up with Spencer just before their meeting and tells Spencer that he knows about the pills. Spencer finally confesses that the big secret is that he lost $6 million in a bad real estate deal. The men meet with Anderson, who says that Spencer failed his NFL players association registration, and as such isn’t of value to the company. The draw Spencer should have been bringing as a former NFL is no more. Spencer’s neither an advocate for these players, nor a trustworthy steward of their money. Anderson slides over the news to Spencer, who doesn’t have a comeback this time.

This is the best episode of Ballers because the show finally truly makes good on its premise. Spencer definitely wants to make a name for himself in this world, but he’s not part of it. He’s just a former athlete learning on the go, and “Everybody Knows” finally calls him out for it.