Life is funny.  One day you feel invincible, and the next, you’re being taken care of by the one you pushed out of the womb.  Such is life for Phil in “Better Things”.

Thursday’s episode reminded me that I, too, will be caring for my mother.  And how do I feel about that? I have no choice.  That’s the deal you make with God when you’ve negotiated your way into a body.  But I am one of the lucky ones.  My mom is no Phil. 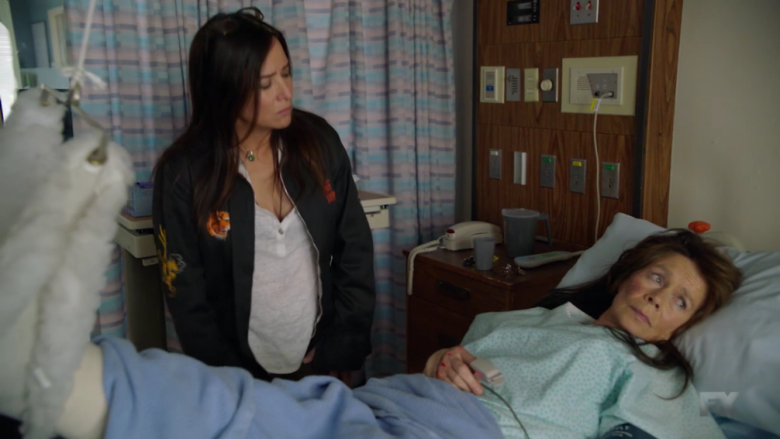 Phil is a pill.  A horse pill, to be exact.  She is difficult for difficult’s sake, and I don’t know how Sam deals with it.  The 5-minute visit bursts help because any longer than that alone with her, will turn you into a Phil.  But why is she so difficult?  She is a lonely old woman.  With no husband and no real friends, she has no one to annoy daily.  So, she falls into holes and steals museum artifacts for attention.  As she  nears the end of her life, her “phuck it” attitude keeps reaching for the stars.  If she did have a husband, would she be a bit cooler?  If she did have real friends, would she calm down on the shenanigans?

What I do know for sure is that with or without those things, she would still be a racist.  She mentions that Sam’s father is a Jewish man and how much of a pity it is that she got his Jewish features.  I know this is supposed to be funny, but this actress never gets me to laugh when she goes there.  And I love Archie Bunker!  The sweet racist everyone loves because the actor, writing and scenarios made you fall in love with him.  But Phil?  She’s just so darn crude.  And no, it’s not the English accent.  Then again, am I the demo that’s supposed to laugh at that sort of thing?

Phil enlists her distant brother, Marion, to agree that if Phil ever needs to be put in an old folks’ home, then she would do it.  He agrees because he’s not involved in any way, shape or form, and Sam just needed to feel OK about doing that sort of thing.  Sam is at her wit’s end with her mother.  She loves her, but it’s a lot.  And she doesn’t want to feel bad about allowing someone else to take the reins in taking care of her mother.  And why should she? 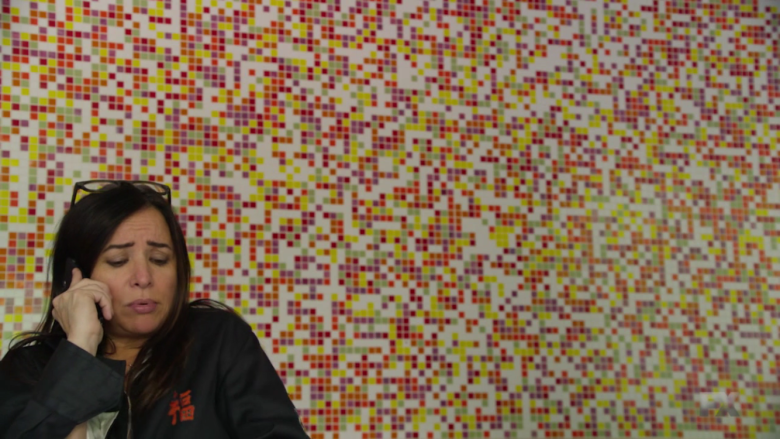 Sam also seems to have a life now.  A man, that is.  She introduces Robin to the girls, and it is kind of a disaster but funny.  They throw a trillion questions his way, and Duke awkwardly lays her head on his shoulder.  Sam performs several facepalms, but by the end of it, it was a good meeting.

By the end of the episode, Sam lands at the doorstep of another bae.  I’m not sure if we have met him yet, but I guess he is going to play the role of the side chick.  Sam’s fear of getting hurt has reared its head, and she’s trying to do what she can to avoid it.  Maybe all she can think about is, “When will this end with Robin?”  Because he is kind of perfect for her.  And perfect never lasts.  So, she is speeding up the process to a conclusion.

In conclusion, what is up with the non-gender conforming names?  They’re getting out of hand now.  I’d like to know why Phil began that trend?  And why Sam continued it.  It’s cool, I guess, but “Marion”?  Too much.  Toooooo mucheeee.