Brooklyn Nine-Nine continues its season with another episode that’s absolutely on fire with humor, “The Venue.” While the episode reaches a little bit more for each punchline and the secondary story arcs feel constructed, the show still manages to elicit a number of laugh-out-loud moments that make the episode well worth the watch.

I haven’t had the chance to look up who is credited as the  writer for this episode, but I if I had to guess I’d say this was a freelance script written by someone who isn’t always in the Brooklyn Nine-Nine room. I could obviously be very wrong about this, but the way in which the characters speak feels just slightly foreign to a typical episode. Not enough to make it distracting or unbelievable, but just enough for me to notice it. 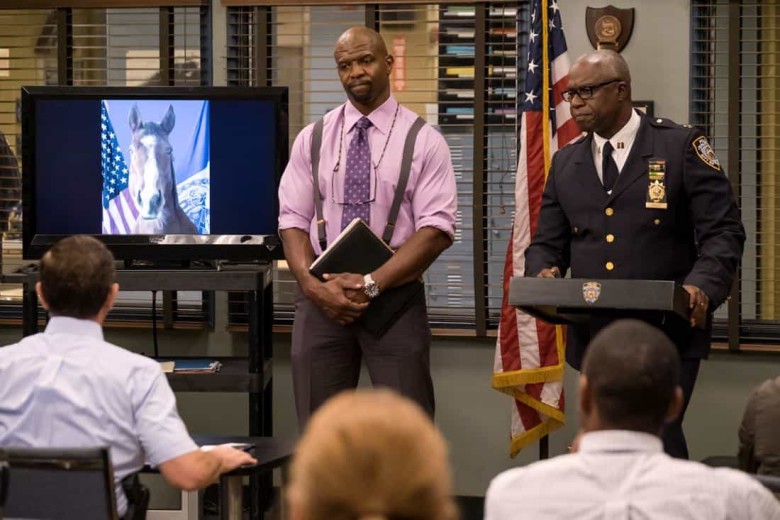 This doesn’t detract from the number of jokes, or the strength of the gags, however. In fact, there were more laugh-out-loud moments in this episode than in the last two, combined. Once again, Hitchcock and Scully are being utilized in gags like they’ve never been used before, and I am so here for it. Especially Scully. He’s my favorite.

I know I’ve mentioned this before, but it makes me wonder how the dynamic will change when Gina returns. Will there be enough storyline time for everyone to get ample jokes in? This episode was already clearly pressed for time, neatly shoving in a story arc about Terry wanting to be liked and Boyle being outshined by a horse while Jake and Amy fight the Vulture for their dream wedding venue. Imagine adding one more giant personality to that ensemble and trying to find room for her to crack a few jokes.

I mean, obviously Brooklyn Nine-Nine has been doing it for the last four seasons just fine, but now that Hitchcock and Scully have been getting more screentime, I don’t want to see that go away. I guess we’ll all just have to be patient and see what sort of magic the writers can drum up to fit Gina, Hitchcock, and Scully into every episode while keeping the show tight and funny. 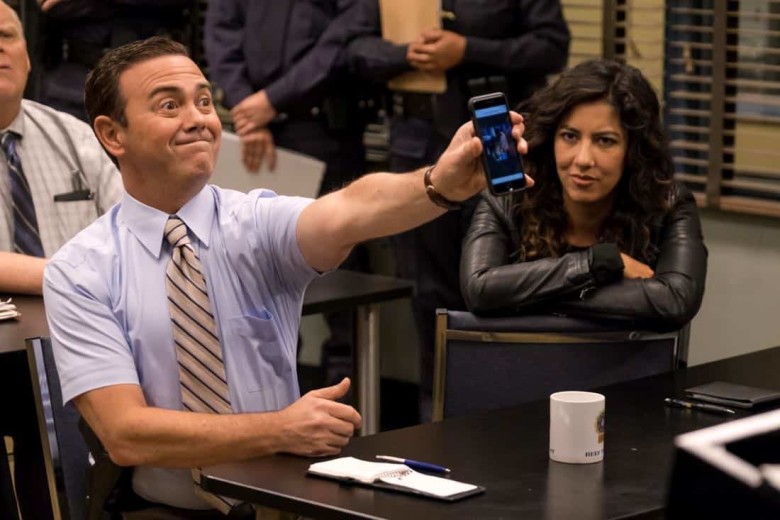 In this episode, The Vulture returns – or should I say, “The Eagle,” as he’s told his fiancee. Yes, you read that right, The Vulture is apparently getting married, and he’s snatched up the venue that Jake and Amy were going to reserve. Determined to get The Vulture to give up the venue to them, Jake and Amy hunt down his fiancee, convinced that she’ll be just as no-good as him (I mean, why else would anyone agree to marry him?) But it turns out that’s not the case; instead, The Vulture’s fiancee is the founder of a charity that brings rice to starving children. She’s a total sweetheart, and Amy and Jake are hardpressed to figure out why in the world she’d want to marry The Vulture.

Pivoting, they realize The Vulture has been cheating on this kind woman, and they decide to catfish him and then blackmail him into breaking up with his fiancee so that they can have their venue back. It backfires, however, when he tells them that he truly does love his fiancee and that he’ll give them the venue if they just keep quiet about his infidelity. Jake and Amy reluctantly agree, but they can’t keep their mouths shut for long when they discover that everything this poor woman knows about the man she’s agreed to marry is actually a lie. From “The Eagle” to him being friends with Jake and Amy to him simply being a good guy, it’s all just stories The Vulture has apparently told his fiancee to keep her around. 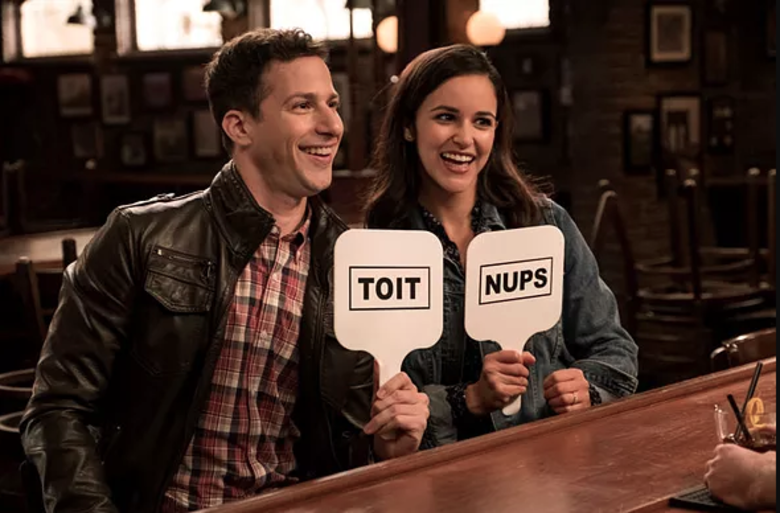 Jake and Amy decide to do the right thing and tell her about The Vulture’s lies and infidelity, subsequently forfeiting any chance they have of getting their wedding venue back from The Vulture. That’s okay, though, because they helped a super nice woman avoid a crazy big mistake, and they found a basketball court where they can get married instead, so they don’t lose their deposit on any of their vendors.

All in all, a pretty good episode, if not the strongest one this season. That’s okay, though, because the season has been incredibly good, and the expectations and standards are increasingly high. And now I’m very excited to see the season finale on May 15th, and watch this basketball court wedding. Pending nothing happens to Holt in the meantime (remember he still owes that mob boss).