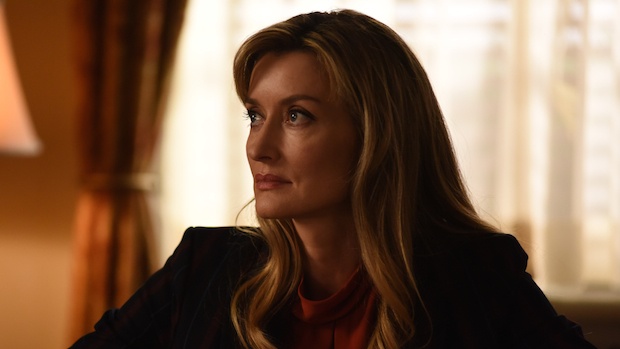 The mid-season finale of Designated Survivor aired and it came with a “shocking” twist ending. I put shocking in quotation marks because 1) ABC pretty much gave it away in the previews and 2) if you pay any attention to Hollywood, you would have known a certain someone who plays a certain characters was leaving the show, and you would have known it since last May. The rest of the hour before the “shocking” ending ultimately seemed like more filler. Especially because, as the writers tried to tie things off for the break, they ended up basically invalidating several main plot threads from the first half of the season.

I had said in previous reviews that the show felt like it was spinning its wheels, holding back the huge plot points for the upcoming mid-season finale. Well, I can tell you that was not the case. This week’s episode centered around several plotlines that have no bearing on anything outside of this episode. The most prominent being that of a group of religious people (Christians of some denomination–though they appear almost cult-like here) who refuse to leave a cabin while on a religious retreat, even though said cabin is in the direct path of a raging wildfire. 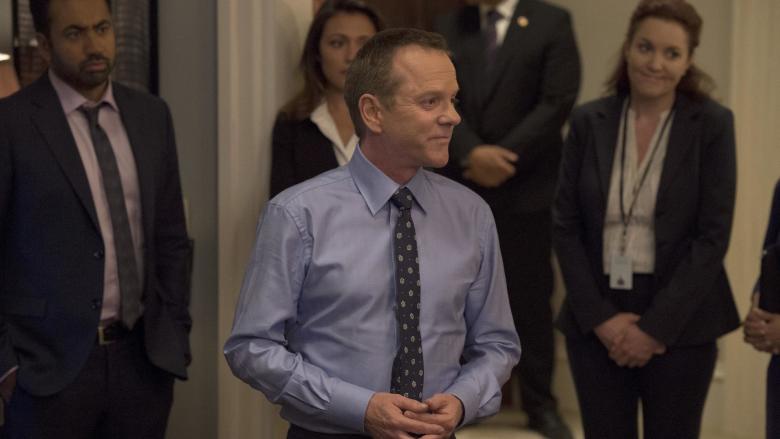 Kirkman and his team are called in to deal with this and it turns out the cult–er, religious group–has demands. They will only move out of the way of the fire if one of their group members Cassie takes her ailing infant daughter Grace out of the hospital and allows God’s will to either save or take her daughter’s life. Kirkman doesn’t want to infringe on anybody’s religious beliefs and cause an uproar in the media, but he also doesn’t want to let that baby die. He tasks Emily with talking to Cassie and trying to convince her to keep her daughter in the hospital to get the life-saving open heart surgery she needs. She does and the baby gets the surgery, and her life is saved. The religious group packs up and gets out of harm’s way. I was waiting for a character to scream at one of them to stop waiting for God to save your kid because it ain’t happening. That would have been a more triumphant win for me.

At any rate, none of that had any bearing on any other plot from this episode or this season. Although Tom and his wife Alex cross paths between their two story lines and make a promise to spend some quality time together once they are both done with their respective plot lines. They were at odds last week when Alex basically accused him of being a bad husband for not getting her and her mother out hot water with the prosecutor Forestal. Speaking of that guy, Alex is finally due to go to a hearing after being subpoenaed. She shows up and though it was supposed to be a private meeting there is a horde of reporters outside. She presses forward, wanting to end this thing. She gets a big win when she basically lists all the moves Forestal has made during the investigation at the expense of the FBI and pointing out that he is looking to gain notoriety for a planned political campaign. He demands they shut off the tape. Huzzah! A win for Alex.

Not so much of a win for Hannah this week. Last week she started to suspect that new boy toy Damian had betrayed her. This week that is pretty much confirmed by multiple people. Aaron calls her in to warn her that is MI-6 gone rogue and that he himself set up the explosives for the warehouse fire earlier this season. Hannah, in a really dumb decision for an intelligence agent, decides to question Damian about this alone, though it’s probably mostly due to her having actually developed feelings for him (how is beyond me, I certainly have no feeling towards him whatsoever as a viewer, much less their relationship). When she confronts him he says he has something in his pocket that will explain everything. He reaches in and she shoots him in the chest, sending him into the river below. She leaves and goes to a bar, and he washes ashore very much still alive, wearing a bullet proof vest. 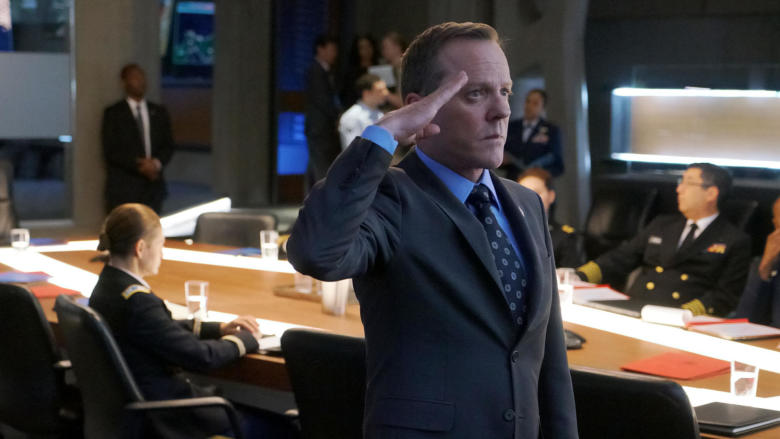 On her way out of the hearing, Alex calls Tom to share with him the good news. He misses it though. The next thing we know a truck sideswipes her car. It’s bad. We then see Tom getting a call and though we don’t hear anything, we know that Alex is dead as he drops to his knees crying out. Was this an honest accident? It seems kind of cheap if so. At the very least, it may be interesting to see the typically charmed Kirkman take a dark turn as a grieving executive in chief. I for one am not going to miss Alex as she was severely underutilized this first half of the season, and the stuff she was given was basically just all proven to be for nothing. And that’s the problem with the first half of this season. What have we learned, what plot has been paid off, what characters have been developed? It all seems flimsy. Here’s hoping that a bereaved Tom Kirkman is a little more interesting in 2018.