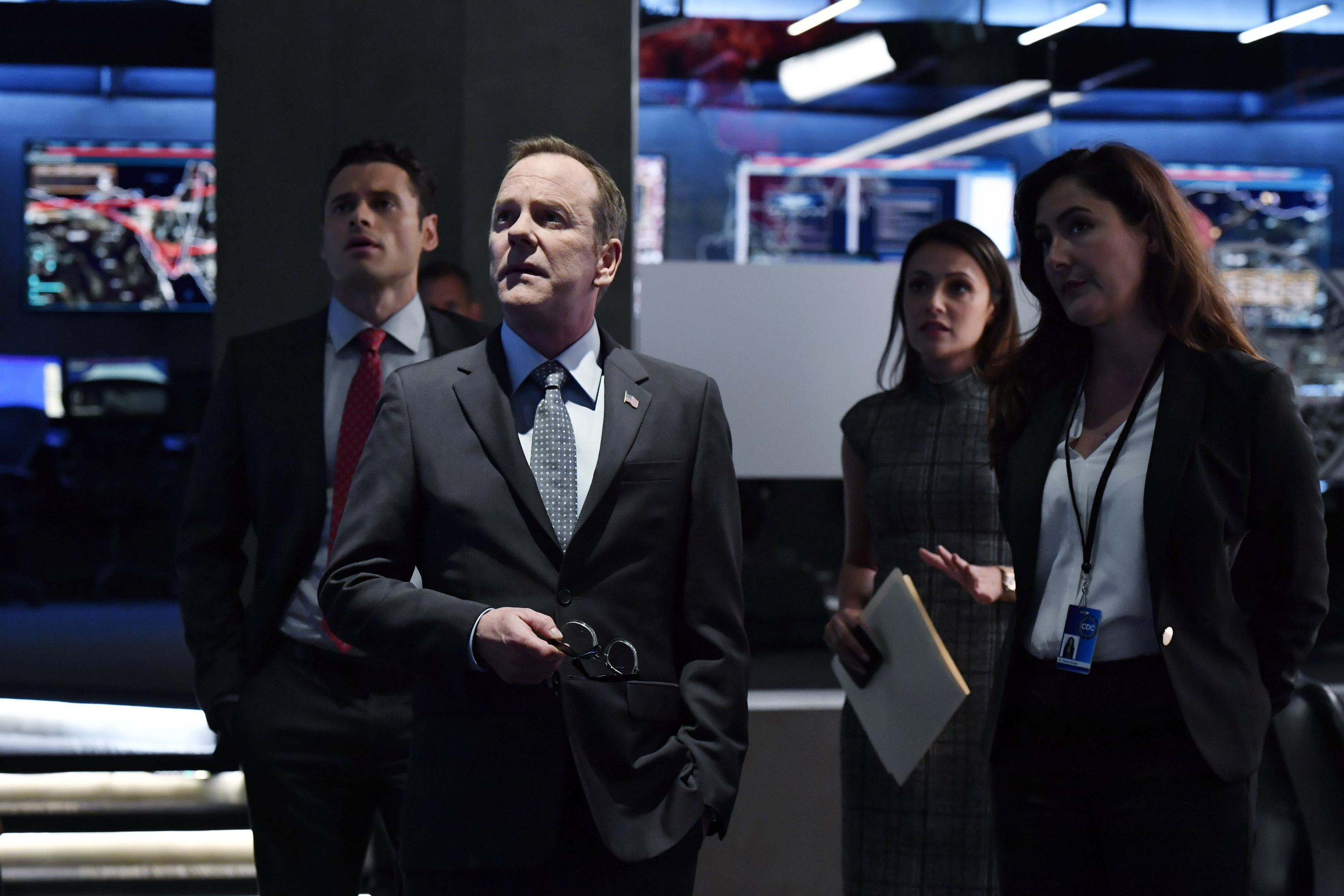 Designated Suvivor took on two storylines infused with the topic of race and racial discrimination in modern America this week in its third episode of its second season, entitled “Outbreak.” The major story follows President Kirkman and his staff’s reaction to an Influenza A outbreak sweeping across America quickly, but killing the most people in a predominantly African-American parish. The other story surrounds a statue of a former slave holder on federal grounds, and the debate around whether to remove it or not. The third story, and perhaps the most amusing, revolves around a newly discovered frog from the Amazon being named after our hero President Kirkman.

For me, the most interesting stuff is still with Agent Hannah Wells, and not with all the West Wing-esque goings-on. This week the show had to dive head first into intense and topical story lines, perhaps to distract from the way it, in my opinion, completely mishandled the killing off of its major villain Patrick Lloyd last week. Lloyd had returned to America supposedly to wreak havoc and continue to gun for Kirkman (he trashed his mother-in-law’s house while she was still in it). He ended up being cornered in a bunker which Kirkman ended up bombing with drones. It seemed unceremonious and anticlimactic, so I was hoping we would see that Lloyd still effects the story from beyond the grave.

And he does. Hannah and her MI-6 pal Damian are still trying to follow Lloyd’s trail and line of thinking. What was he trying to do? What was his end game? They find themselves back at the scene of the crime–Kirkman’s mother-in-law’s place. Knowing Lloyd was a man who thought everything through, there had to have been more of a reason to do this than just getting under the president’s skin. Sure enough they find a desk, the only thing untouched in the entire trashed house. In it is the medical paperwork and insurance paperwork for a heart transplant done on Andrew Booker, the First Lady’s father, in 1987. 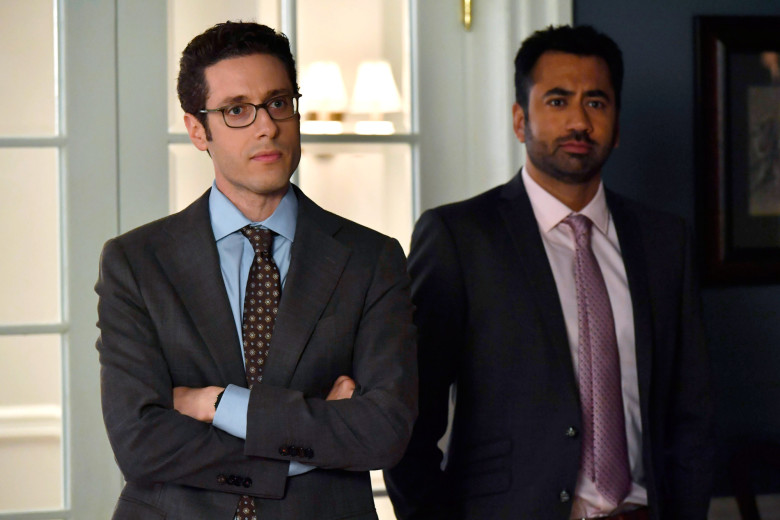 When Hannah questions Alex about this, she remarks how it was the first procedure of its kind done in the area. That her father was way down on the list but things just “came together” in the end. Suspicious, wouldn’t you say? After being injured by an exploding door in the field, Damian is leaving for now, but good ol’ Chuck is back with Hannah investigating things, and they find a correlation between Andrew Booker’s sudden bump up on the heart transplant list with one, Mr. Eric Little. When they go to check him out, they find his door to his apartment is unlocked, and he is dead. Dun-dun-dun! Who killed Eric Little and why?!

On to other plot lines, keeping that Influenza A outbreak under control proves very difficult when a businessman named Carlton Mackey, who is the sole owner of a drug called Extasis that can potentially cure the flu, refuses to help. He of course wants to sell the 10,000 doses he has to the rich people who can afford it, but the problem is its mostly poor African-Americans who are getting sick. Well, this just won’t stand for new member of the team, White House Counsel Kendra Daynes! She takes Shkreli–a-hem, sorry–she takes Mackey to court and has a judge court-order him to give up his medicine to the government so they can defend their people. Later, when the outbreak is still going strong, it is revealed that Mackey actually had 30,000 doses. But he refuses to give them up once again, and says the White House will hear from his lawyers.

And regarding that Confederate statue: Ron Canada (just terrific here) plays Reverend Dale, a lone black voice who wants the statue to stay. Why? Because he is afraid that by removing it, people will forget the past. That we would effectively be whitewashing the grim history of our country. He won’t even stand for having it removed and placed somewhere else with less traffic. Eventually the outbreak story and this one collide, and Reverend Dale basically calls out Mackey for being racist and letting minorities die because Capitalism! This effectively coerces Mackey into giving up the meds. All is right. 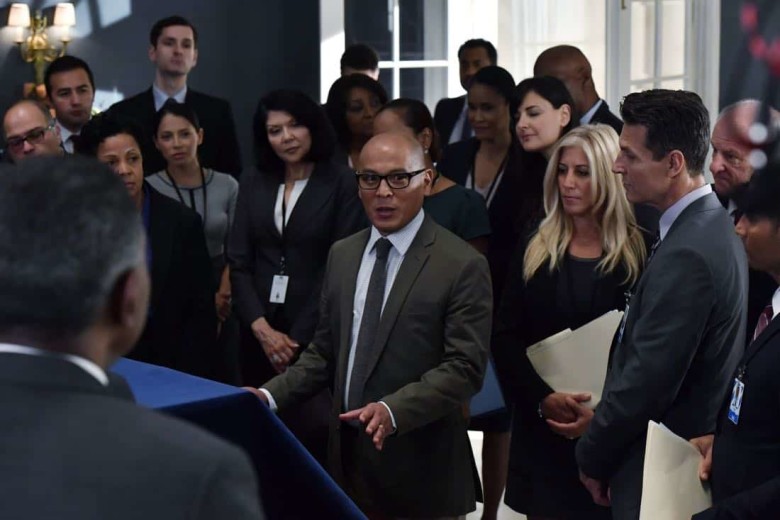 Oh yeah, and Kirkman totally loves his new frog pal, which Seth and Lyor were concerned would equate to some negative PR. I mean, a hermaphroditic frog named after the President? Think of the field day the late night hosts would have with that one! But in the end, it all works out.

Overall, the episode felt like it was trying to make a point about the state of racial tensions in this country right now, but ultimately fell a little short of making clear what it in fact was trying to say. We don’t need reminders of the awful stuff happening in the real world. We have plenty of other shows doing the same thing, and in a more entertaining way. More Agent Wells kicking ass, please.