Tweetable Takeaway: Hell Bent walks the line between brilliant story telling and being so complicated an insane man may have written it. Tweet

We have finally made it to the series 9 finale of DOCTOR WHO. There have been a lot of bumps and bruises along the way, but here we are. Hell Bent was a complicated episode to say the least, and a mere few hours after watching it, I still don’t know if I have digested it all, nor if I missed critical points hidden expertly throughout the dialogue. Moffat has managed to seem like a genius or a mad man depending on your perspective. I tend to lean toward brilliance, but I leave it up to you to make your own determination.

Many story lines have been interweaved over the last handful of seasons, Gallifrey’s disappearance, Clara being the impossible girl, the Sisterhood of Karn, the hybrid creature, and The Doctor’s legacy. Moffat seemed to attempt in a single story to bring all these threads together. I honestly cannot say if he was successful or not. While I remember each and every one of these sometimes small story lines, I don’t remember enough about them. And there in lies the problem. Moffat may have tried to do too much. Then again, as any Whovian I may go back and watch the last 4 seasons and find out that this was a stroke of sheer genius, one that has been building for 4 or 5 years. One that we may have not seen since the likes of Lost. Time will be the judge, as it always is.

In terms of the self-contained story within Hell Bent, it had some sweet moments, some action and intrigue, but it also had one fatal flaw. Why oh why does Clara Oswald just have to keep coming back? Clara needed to be left on the hidden street, but no, Moffat had to bring her back and then actually keep her alive! Numerous times the ideas of fixed points in time and space have been brought up, even saying death is one of them, but now Clara can somehow subvert that. What’s worse is she is now flying around the universe in her own TARDIS, meaning that the writers have a chance of bringing her back whenever they like. Rose gets trapped in an alternate universe, Rory and Amy sent back in time, and Clara gets a TARDIS? Something is seriously wrong here. Basically what happens, is The Doctor has a grudge against the President of Gallifrey, and without uttering a word gets all his troops and followers to turn against him. The Doctor is then appointed President of Gallifrey and his plan moves into action. The Doctor gets an extraction device to basically whisk Clara away in between her last heartbeats, presumably making her immortal for the time being. After shooting the number 2 Time Lord, The Doctor and Clara enter the crypts of Gallifrey, which are a super computer protected by ghosts and made up of ghosts (The Doctor’s words not mine). We do get a little glimpse of Cybermen, Daleks, and Weeping Angels just for fun.

A lot of heartfelt dialogue between The Doctor and Clara begins to happen. We really see how much The Doctor cares for Clara, and how much hell he put himself through for 4.5 billion years!! The Doctor manages to escape the crypts and steal another TARDIS and whisks Clara away as she distracts the other Time Lords. This throw back TARDIS to the first Doctor was a nice touch. In order to save Clara, The Doctor takes them to the absolute end of the Universe, where the only person left is the one and only Ashildr/Me. 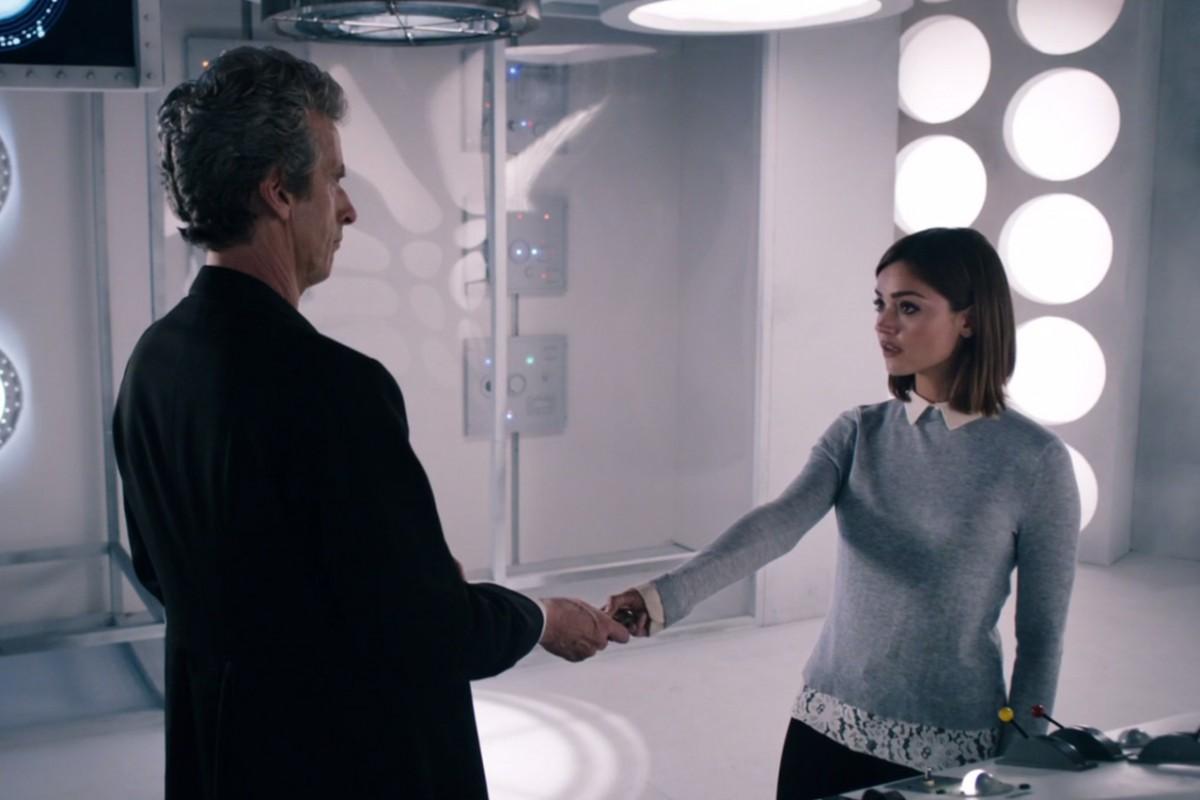 Ashildr and The Doctor talk about how everything must come to an end, and even the end can be beautiful, but The Doctor does not want to accept it. He reveals his plan to wipe Clara’s memory and he believes this is the only way to save her, and maybe save himself. The two discuss the possibilities of the hybrid, which never really gets clarified (unfortunately). Finally, upon entering the TARIDS with Ashildr, The Doctor reveals his plan to Clara, even though she had known it since she watched to whole exchange. Clara tells The Doctor that she switched the polarity on the memory wipe device, maybe to erase his memories of her. The two agree to push the button together and whatever happens was alright. We find out that Clara had indeed switched the polarity on the device and The Doctor was losing his memories of Clara. 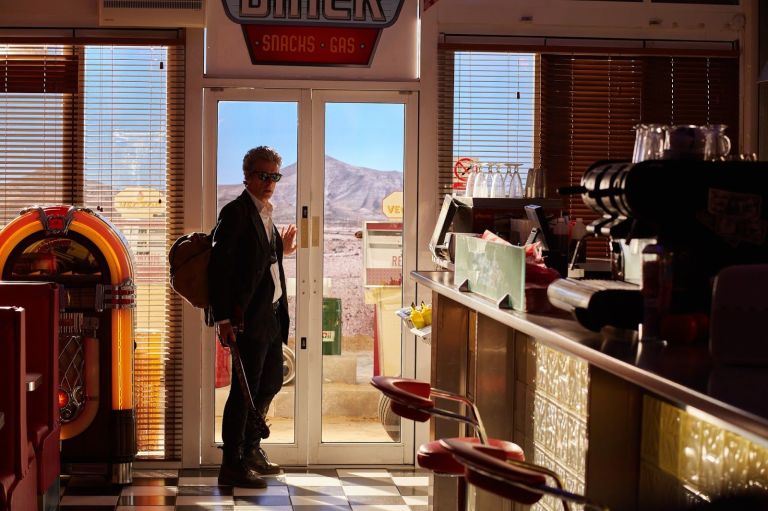 Cut to the desert where The Doctor wakes up. Lost, confused, not knowing how he got there or who Clara was. This is where we catch up the present. The Doctor had been in an old diner telling this story to waitress Clara the whole time, having no clue who she was. She sheds one tear and she steps into the door of the second TARDIS with Ashildr. The classic TARDIS sound begins and the diner disappears around The Doctor, only to reveal his TARDIS waiting for him. In a very clever moment, we see The Doctor walk to the chalkboard in the TARDIS and read Clara’s classic line followed by “and be a Doctor”. He then don’s his Doctor coat, and then the TARDIS finally produces a brand new custom made sonic screwdriver. This truly felt like the birth of the 12th Doctor after 2 seasons. I am excited for the possibilities, if not a little scared that Ashildr and Clara are flying around in a second TARDIS.