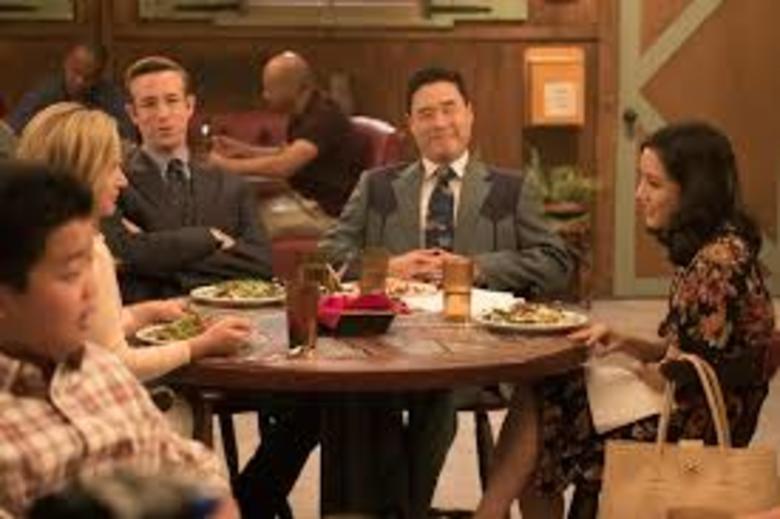 Evan Huang (Ian Chen) finally has a meltdown. “We Need to Talk About Evan” shows the effects of a pushy, overbearing mother with its psychological effects. If we’re being real, this was bound to happen sooner or later. My hats off to Fresh Off the Boat for tackling this.

As Matthew Chestnut (Matt Oberg) and Louis (Randall Park) grow closer, Jessica and Matthew’s wife Amy (Angela Kinsey!) become frenemies. On top of this, Evan and Jessica spot a Student of the Month bumper sticker. After finding out from the principal that this is given to more well-rounded students, Evan makes it his mission to be the next Student of the Month by joining every club in the school to no avail as finds the clubs are filled with kids being kids. Frustrated, Evan throws confetti in the eyes of two girls.

Evan is made to see the school guidance counselor Mr. Tim (Ray Ford). Evan finds this therapeutic and helpful, however, while grocery shopping with Jessica and running into Amy, Jessica finds out the hard way that Evan is seeing the school counselor after using Evan to prop herself up in front of Amy.

Jessica barges into Mr. Tim’s office to scold him. This backfires and she leaves going home to start her own therapy with Evan. Jessica them manipulates Evan into restarting his campaign into becoming Student of the Month. However, that night at dinner Evan has a panic attack due to all the stress he’s under in trying to become Student of the Month. Louis points out that Evan talking to a stranger may help and points out that her sister Connie sees a therapist every week. 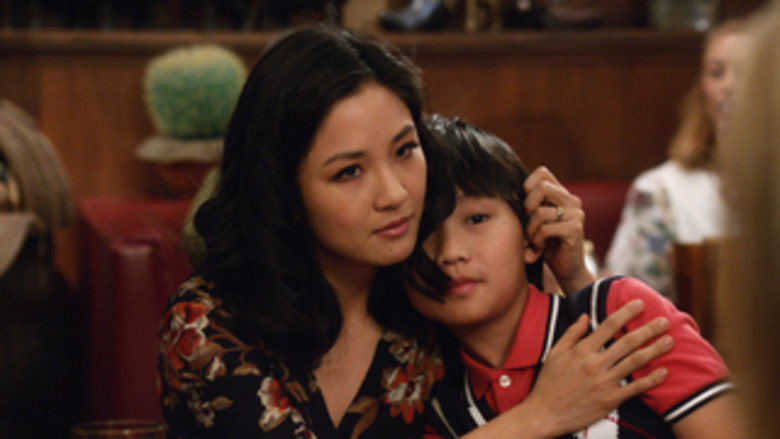 Jessica again confronts Mr. Tim who coaxes Jessica into speaking her mind. After she does, Mr. Tim explains to Jessica that while she may need to push her other two kids, with Evan she needs to slow down and take a few beats. He points out that Evan skipped some grades and has missed out on crucial social skills in doing so. Mr. Tim has to point out that even though Evan may be socially adept with adults, he’s having a hard time relating to kids his age. Mr. Tim promises to have Evan succeed by taking a beat. And Jessica is even more supportive when learning that Mr. Tim’s services are free. Jessica also manages to throw this in Amy’s face as she lists off all the celebrities who are in therapy.

Louis is starting to feel a little left out at Cattleman’s Ranch thanks to Kenny Rogers’ name on the restaurant. Matthew agrees to let Louis add his five-alarm chili to the menu with his name on it as Michael Bolton still has his name on a dessert on the menu. Louis is pushing customers to try it with no avail even going so far to offer free bowls. In a ploy to see more, Matthew Chestnut appears as a customer and tries some. Matthew is allergic to the fourth alarm which is Szechuan peppercorns. Later, when the two have another family dinner at the restaurant, Louis apologizes to Matthew. Unexpectedly, someone orders a bowl leaving both men elated.

This was a solid episode. Jessica is borderline sociopathic, and Evan has been really unlikable lately due to his purist of perfection and playing the victim in the name of his mother. Ian Chen sold every moment of this episode. And while I think the music didn’t fit in some of the darker scenes, thankfully the C-plot of Eddie (Hudson Yang) and Emery (Forrest Wheeler) learning how to take off a woman’s bra was funny. Same goes for Louis’ attempts to now reassert himself in Cattleman’s now that he reasserted himself at home. Hearing “I’m Too Sexy” brings back memories of everyone in school mockingly singing it (we were young and it was funny to us). The episode title is a nice shout-out to the Lynn Ramsey film We Need to Talk About Kevin.