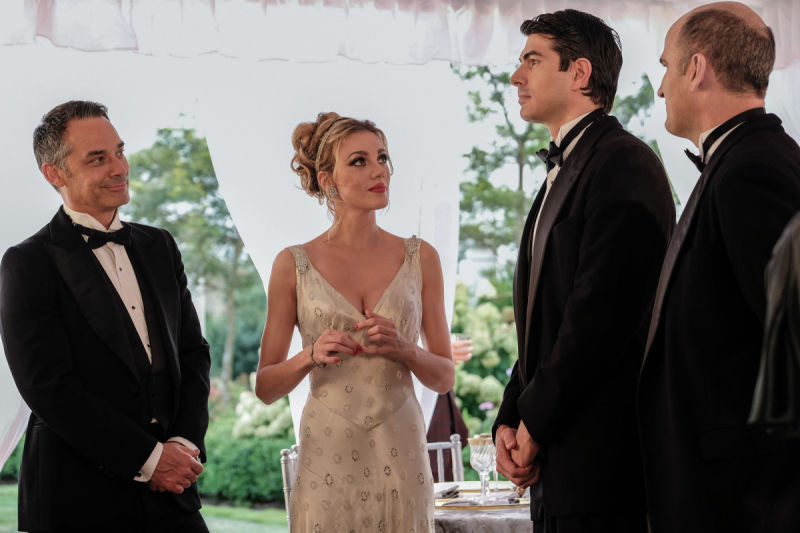 Just to refresh your memory Damien Darkh is back and it’s all Rip’s fault. The end.

Remember the days when Hollywood was racist and problematic men ruled everything? Well, considering the climate today, of course you do! Interestingly enough, in light of the plethora of sexual assault allegations coming out of Hollywood at this very moment, this episode of Legends of Tomorrow, “Helen Hunt,” came at a very interesting time. We begin this week’s episode of Legends in 1937, where the real Helen of Troy has accidentally strayed onto a grand movie studio set.

I know, it sounds like a filler episode, but the end of this one packs an interesting punch.

While Nathan has been working his little unshowered fingers to the bone to tracking down Darkh, Ray and Jax have seemed to discover a way to officially separate Firestorm. Unfortunately, faulty experimentation causes Jax and Stein to switch bodies. The team doesn’t have time for usual Legends antics though. Nathan has discovered an anachronism. History now shows an anachronism where a beautiful woman has caused fatalities in Hollywood. 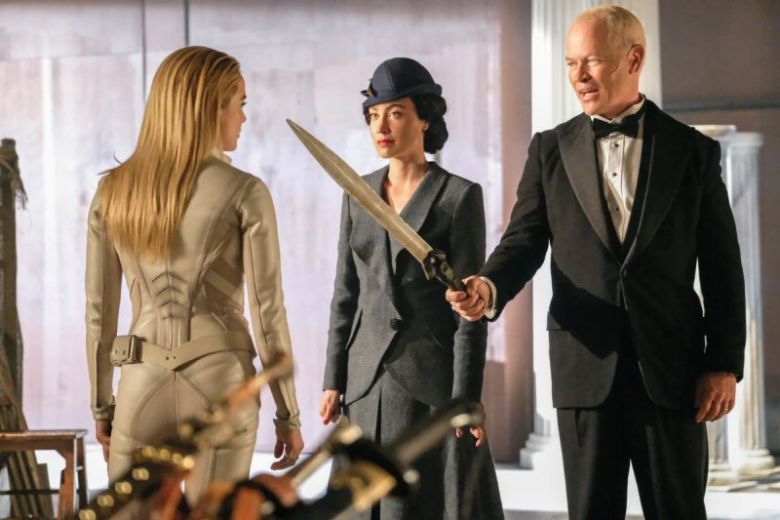 While the team does recon on the anachronism at Warner Brother’s Studio (you’re not slick Legends!), after an argument escalates into a full fistfight over the woman, they realize she’s Helen of Troy, somehow misplaced in history.

For those of you that don’t know (I didn’t) – a brief history of Helen’s story is that her and her lover, Paris, started a war over her beauty where thousands of men were killed. The main problem now, is that multiple old timey classic movies have been replaced by Helen, and that her mere presence might cause the deaths of hundreds of men in Hollywood.

The Legends stalk Helen to a Hollywood gala, where they schmooze with old Hollywood big names that I probably should care about but I don’t. Once Helen enters the room, the men of the team instantly become enamored with her, leaving the women to take care of business. The women find Helen in her dressing room and confront her about being out of her time period. Helen’s convinced she’s been given a gift by the gods, and refuses to go back to a time where women were treated worse then they are now. Before they can force her to leave, the team finds that Helen is protected by Darkh,  Kuasa, and Eleanor. Amaya and Kuasa come face to face, Kuasa revealing she wields the water totem. Meanwhile, Darkh threatens Sara to either go back to 2017 and leave him alone, or he’ll kill the entire team one by one. This leaves Sara with a tough choice: Rip allowed his entire team to die because of his own selfish choices, and we know Sara’s greatest fear is becoming a terrible leader. 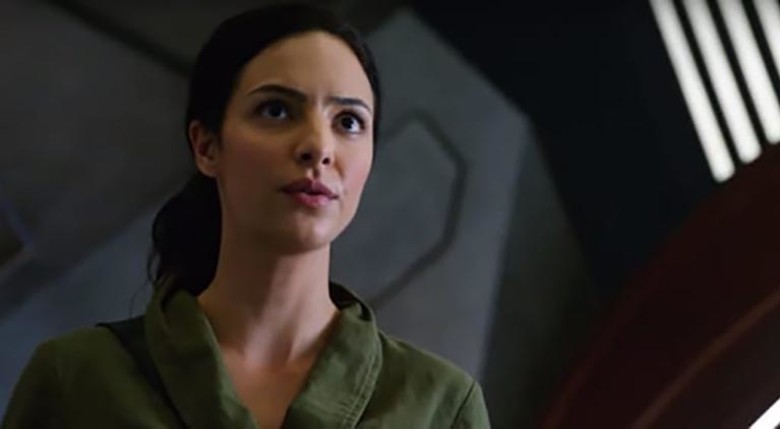 On the ground, just as the Hollywood men have gone to war over who Helen “belongs to” the team rescues Helen and brings her back on the ship, only to discover the Wave Rider isn’t functional anymore. The team links the ships now missing technology to Hedy LeMarr, an actress who’s patents will eventually help develop the technology the Wave Rider uses. The problem is, once Helen arrived and the studios stopped giving other actresses any work, Hedy gave up on her career, and her patent never came to be.

Stein (in Jax’s body) convinces Hedy to go after her old job, but runs into Darkh who, by the way, now possesses some kind of telepathic powers. After Sara and the team arrives to save them, Sara and Darkh duel it out as Kuasa and Amaya come face to face. Needing a miracle, LeMarr convinces Jax and Stein to become Firestorm to finish the losing battle. Since their bodies were switched, this time Stein becomes the face of Firestorm, fighting off Eleanor and Darkh and managing to switch bodies back with Jax.

As the team gets Helen back on the ship, Amaya learns that Kuasa is actually her granddaughter, but before she can get more information, she’s stopped by Helen who… stabs Kuasa for some reason?

As the team prepares to take Helen back, Zari is moved by her story – Helen’s fearful about returning to a time where women are treated worse than they are now. Moved by this, Zari places Helen on the Amazon island of Themyscira (of course, they don’t say that out loud), now doing a full loop of the DC universe for us. 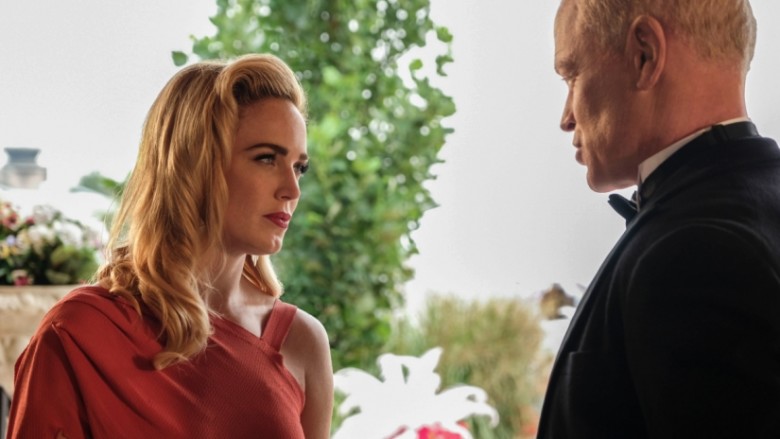 I’ll admit, I wasn’t entirely moved by this week’s story. I thought Helen was an interesting anachronism and I loved how it tied into Wonder Woman at the end, however, overall I thought this episode felt a little too filler-y. But it’s okay, because we got an interesting history lesson and learned about another awesome woman in the process – Hedy LeMarr. Let’s start with Hedy LeMarr – I had no idea she was actually a genius? I can’t tell if it’s sad that I consistently get my interesting factoid of the week from Legends, but I love how the writers continuously find unique historical facts to drop into each episodes. Also, bonus points for this always being a very female geared show.

I thought that the timing was super interesting with this episode, and while I doubt it was planned, I still thought the overall theme of men in Hollywood was pretty spot on. Did it make me more interested in the story? Not necessarily, but it was still pretty noteworthy. Either way, I’m always going to be rooting for a female-centric episode.

I’ll admit, my biggest problem was going to be that I thought Darhk felt forced into the story, but after realizing he was after Helen for the same reason Zari took her to Myscra showed subtle but effective storytelling.

Also, I thought that Stein and Jax were very fun to watch. I’ll give the MVP award to Jax though, him as Stein was hilarious and I thought he really captured Stein’s nuances. We don’t get a lot of opportunities to see the pair be this funny, so it was definitely refreshing. Also… Firestein was awesome. Also, also. I’m glad the pair hasn’t split up yet.