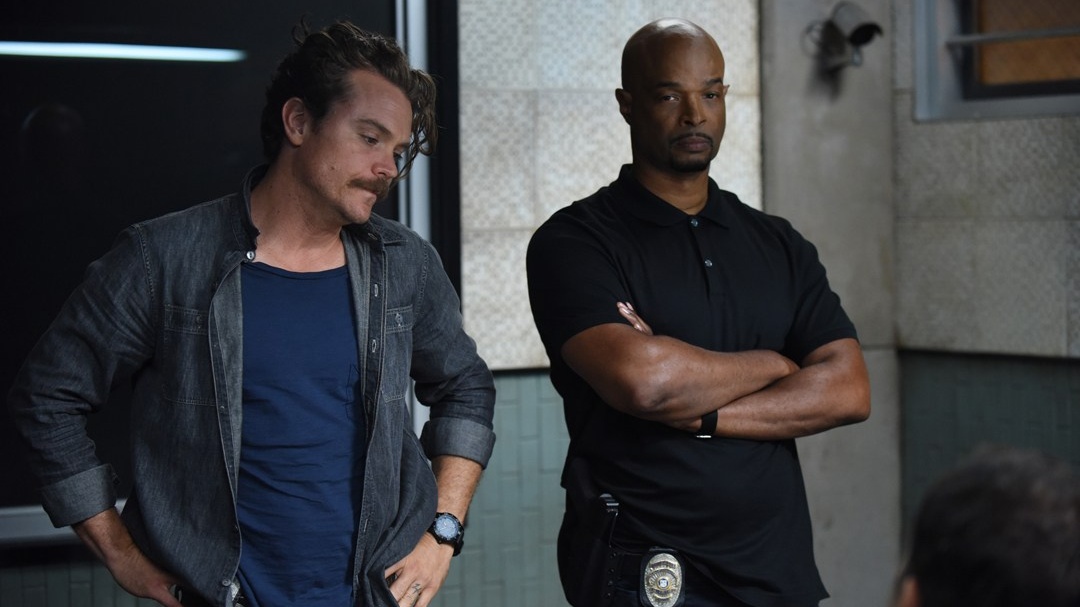 Lethal Weapon continues to torment Riggs with nightmares and ravens in “Birdwatching.” This was a mean surfer Point Break type armature. A kid named Kyle Kennedy from Del Mar surfs a Los Angeles beach but gets hassled by the local moody surf gang. The next morning, Kyle’s body is discovered on the beach with a hole in his head. Scorsese finds stainless steel fragments in the wound and determines murder.

Murtaugh and Riggs both suffer sleepless nights. Murtaugh was disturbed all evening from Trish’s phone and incoming texts from Scott, a guy she’s been working with lately in preparation for a big event in honor of five recent liberations won by the Innocence Project. Trish’s giggling and quick enthusiastic replies pick his strings of jealousy. He’s never met Scott before. Riggs is dealing with a much more disturbing situation. Constant haunting and provoking from an apparition of his dead father, each more disturbing than the last. He seeks the comfort of meds from Doc Cahill, but she won’t prescribe anything until they have a serious talk about the dreams. Riggs would rather suffer than talk, but his work takes a hit, he gets sloppy in every way.

The B-team swings into action this week, Bowman knows the local surf culture and a violent group called the Shore Boys led by beach enforcer Kody Lewis. Captain Avery sends B-team in to find Kody while Riggs and Murtaugh follow up on a beach home owner, Tom Noble, who filed noise complaints against the Shore Boys and a restraining order against Kody. Riggs goes with Murtaugh for the interview while seeing ravens everywhere and behaving generally more unhinged than usual. He asks to use Noble’s fancy coffee maker and practically destroys it. Mr. Noble thinks Kody and his gang are bad for the community, more so for his beach brat son, Austin, a kid in his late twenties, early thirties. What happened to the world that people who used to be staring down their first divorce are still living with their parents crying about privacy, staying out of their rooms, and their felonius friends? 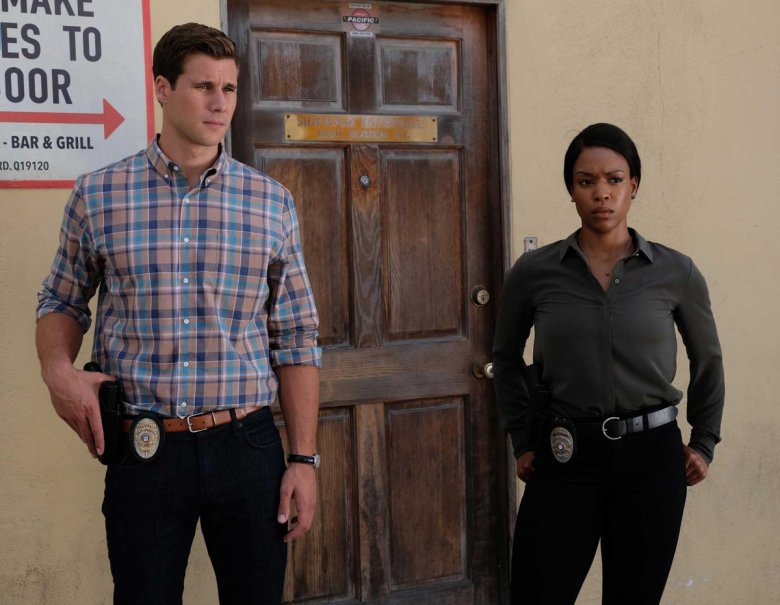 Bailey and Bowman stake out the preferred drinking hole for the Shore Boys where she discovers Bowman’s a bit of a celebrity surfer too. Everyone recognizes him and wants to high-five him, he’s known as “the shark puncher.” The waitress explains to Bailey how Bowman punched a shark and saved five kids. First, Bowman says the kids saved themselves, but later he confesses he punched a dolphin. He feels terrible about the mistake, he thought it was a shark. The waitress nods to the table where Kody is drinking but he bolts when Bowman and Bailey approach.

On the street, Kody sprints right past Riggs and Murtaugh. Riggs chases on foot while Murtaugh follows in the car. Kody is fast, but Riggs is persistent. Kody jacks a skateboard and hitches a ride behind a jeep, he probably would have escaped if Murtaugh didn’t roll into his way at the right time. Riggs tackles Kody, but then pulls down on one of those haunting ravens. Riggs is unraveling fast. He searches Cahill’s desk for meds to help him stay awake until he solves the case. 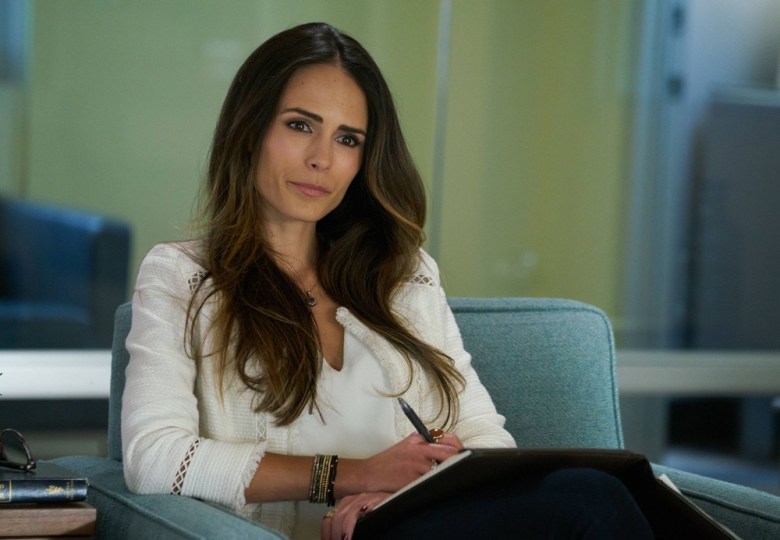 Self-appointed beach vigilante Kody confesses to knocking Kyle around, but he’s shocked to hear he died. Kody has a strong alibi, he bounced off Tom Noble’s sunken boat and went to the emergency room to have his leg stitched up. He knows Austin Noble has been hanging out with a Skinhead group led by Duke Rawlings, a hard-core drug dealer.

Riggs heads to the beach to search for Noble’s boat while Murtaugh goes to the Innocence Project event to check up on Trish and meet Scott in person. Murtaugh barges in like he’s taking down a drug den to find Trish laughing with Scottie Pippen. Of course, Murtaugh is a fan, it’s awkward and embarrassing but things get worse after he breaks Scottie’s glasses with a chest bump. Scottie needed them to read the cards for his speech. Still, things get worse. Riggs finds Noble’s submerged boat with thirty kilos of cocaine hidden on it. He calls Murtaugh and tells him to arrest Tom Noble, also at the event, immediately. Murtaugh arrests Noble in the middle of Scottie’s speech. 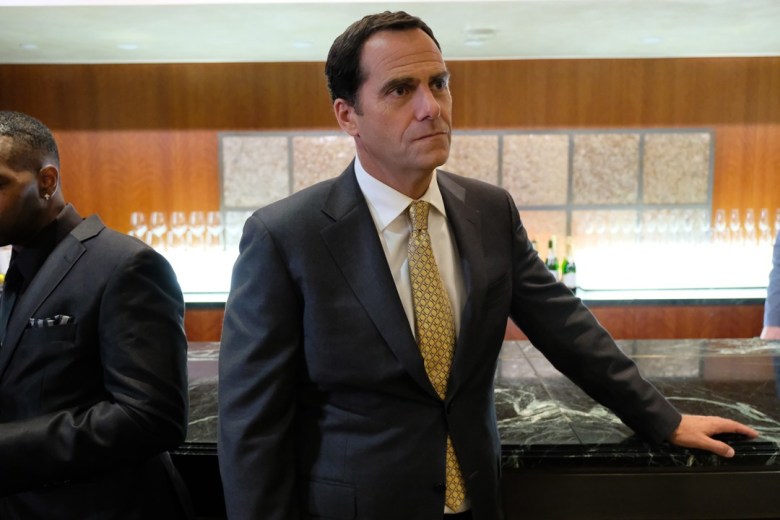 Noble’s lawyer explains the boat was reported missing a few days ago. They suggest Austin might be involved and Noble admits Austin called him and said he’d been kidnapped, but he thought it was a joke. Murtaugh and Riggs are with Noble when Duke Skypes in with his official ransom request of one million dollars. He cuts off one of Austin’s fingers and says he’ll take the hand in another hour unless payment is received. Bailey tracks the Skype IP, Riggs and Murtaugh formulate their plan. Murtaugh pretends to be a birdwatcher and creates a distraction for the skinhead on guard duty. Riggs sneaks in the back and works his way to Austin until bullets start to fly.

Murtaugh reduces the threat outside while Riggs follows Duke and Austin down into the skinhead dungeon. Riggs shoots Duke when Murtaugh blows up the truck outside. Austin is released but charged with trafficking. He tells how Duke ran over Kyle and Austin juts watched him drown. Murtaugh returns to Trish after apologizing to Scottie. She knows he gets jealous. Riggs has another nightmare, this time he almost shoots himself. The next morning, he checks in with Doc Cahill for some serious talk. This was a pretty straight dramatic episode, not as funny as what we’re used to but still on track.