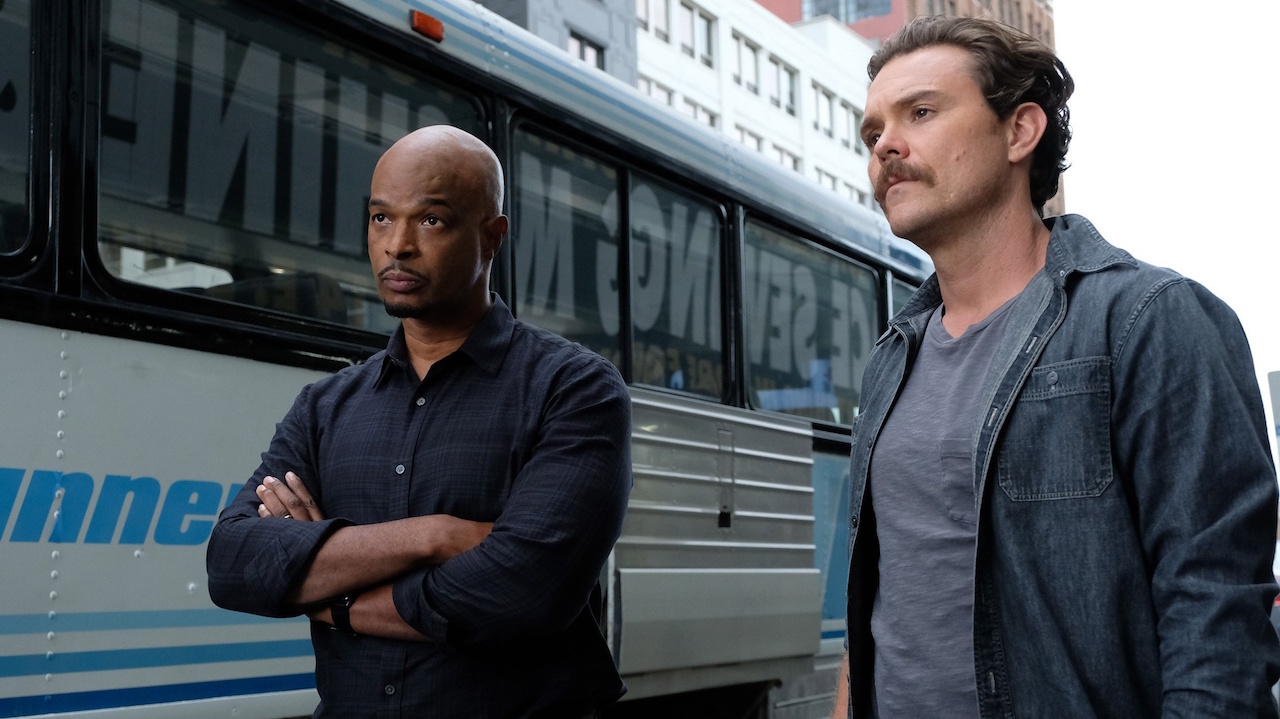 The Lethal Weapon team investigates the murder of a master counterfeiter and his “Funny Money.” Part of the charm of Lethal Weapon is that it never concerns itself with trying to be too smart. The criminals, villains, and their crimes only exist to support the character stories. Like many episodes, tonight’s murder makes no sense on the crime level. Most of the mirror characters and episode metaphor are Riggs-centric. Themes of fatherhood, parenthood, family, and lost boys tie “Funny Money” together.

Murtaugh drops in on RJ at his college dorm but he isn’t there and his roommate hasn’t seen him for days. He tells Murtaugh RJ spends many mornings at the movies. Murtaugh spends the first half of the episode wrapping his head around how much of his money is wasted every time RJ cuts class. Later, he brings Trish in when he discovers RJ has dropped all his courses for the semester. Meanwhile, Riggs is spending more quality relationship time with Molly and bonding with young Ben. He steps a little out of bounds when he buys Ben a puppy, Chuck Norris, without discussing it with Molly. She is very tolerant and sees the effort Riggs is making, even though he has no understanding of proper parenting. 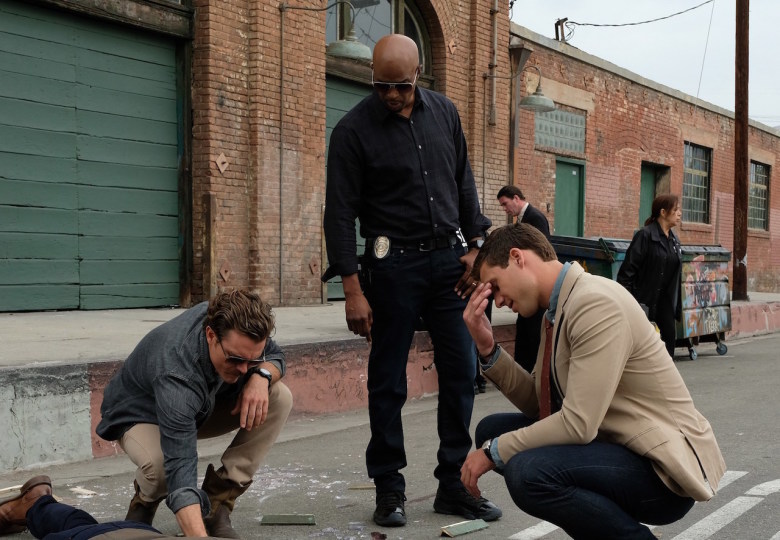 This week’s victim is a counterfeiter that gets shot out a fifth story window with a bag of fresh bills and the valuable plates used to make them. Mike Grecco hits the street right in front of three teens shooting video of their bike stunts. They grab the bag of bills and peddle off as masked hench open fire from the shattered window above. Riggs finds bloody bike tracks on the street, he knows they’re looking for three witnesses. Murtaugh puts together two quick operating theories; either Grecco was killed by a disgruntled partner, or he was killed by a disgruntled customer. Hank Peterson, a legendary Secret Service Agent two weeks away from retirement, says Murtaugh is wrong on both counts. He believes a master counterfeiter nicknamed “Degas” murdered Grecco. Captain Avery explains Agent Peterson will be joining the investigation.

Peterson sees a lot of himself in Murtaugh, an aging lawman headed for the sunset. Of course, Murtaugh doesn’t see it that way at all nor is he enchanted by Peterson’s service stories. Murtaugh sends out several notices to local hotels to look out for hundred dollar bills with certain sequences and one of them calls in a report. Riggs and Murtaugh discover two of the bicycle witnesses destroying one of the suites but the third witness peddles off. Riggs chases him through the hotel, down the street, and into the subway where the kid gives him the slip after picking his wallet.

Murtaugh questions one of the kids, she explains the hench were wearing masks so they can’t identify them. However, she tells him they were shooting video all day. Bowman helps sift through the footage and finds footage of Grecco having an argument with a blonde woman in a van. She threatens to kill him. The footage shows the van’s license plate, Peterson goes with Murtaugh to question the suspect, Nina. The legendary agent is nervous on his way up to the suspect’s office, he claims it’s because his retirement is so close.

Nina is confined to a wheelchair and poinst out Grecco’s building didn’t have wheelchair access above the second floor. As for the threat, Grecco was a valuable partner but he recently decided to quit and leave town after being pressured to sell his plates by a scary guy named Paul Mason. She was never going to kill him, she just didn’t want him to leave. Meanwhile, Riggs follows up on information purchased from one of the other witnesses about the kid that got away. Ty Hill is an orphan who frequently escapes his group homes. Riggs catches up to him at Ty’s abandoned school bus lair. Ty has the bag of money and the plates. Riggs sees himself in Ty and spends some time getting to know him, then a hench team arrive and shoot up the bus. Riggs wings one of the hench but Ty escapes in the melee.

Ty is clever and uses Riggs’ credit cards to throw off the search but Riggs catches up to him at the Santa Monica beach. Riggs brings Ty in for his own safety, he takes possession of the bills and the plates. Riggs tries to reach Ty through their similarities, broken family and group homes. Then, Ty overhears a phone message meant for Riggs, a family emergency involving a child and the dog Riggs bought him. Ty feels like Riggs lied and sneaks out of the office. He breaks into Agent Peterson’s car trunk to steal the money and the plates, and hides there when he hears Peterson coming. 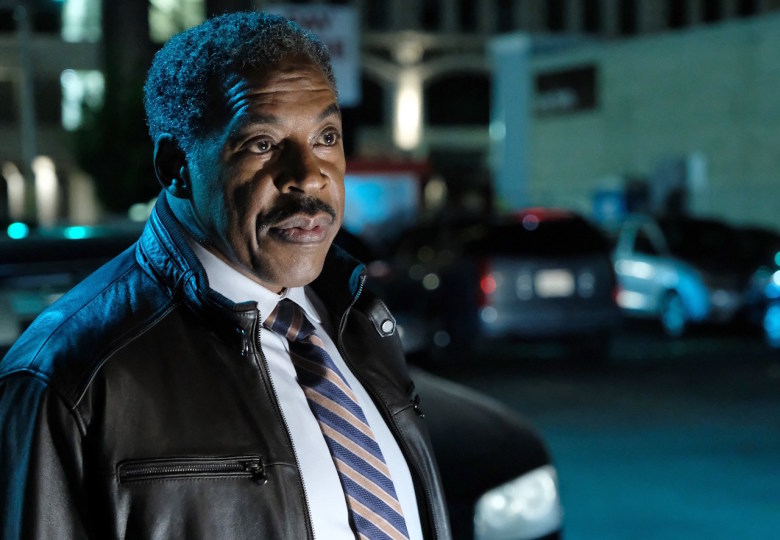 Peterson heads to meet with Paul Mason. He hired mason to get the plates from Grecco, but they screwed that up. Peterson takes Mason to his trunk, but it’s empty. The hench split up to find Ty, he must be close by. Murtaugh and Riggs track Peterson’s car. He tells them a story about Ty getting a hold of his shotgun and carjacking him. Murtaugh doesn’t believe the story and Riggs leaves when he sees armed hench searching the crowd. Murtaugh tricks Peterson into revealing his corrupt plan and Riggs takes down Mason and the other hench to save Ty. Case solved.

Trish and Murtaugh question their parenting skills. They think they let RJ down, didn’t give him the proper tools to succeed as a young man. RJ has his own plan, he just wants to slow down, work part time, and figure things out . Riggs’ story has a much darker ending. Riggs’ father has someone kill Ben’s puppy to get his attention. Riggs realizes Molly and Ben aren’t safe because of him. He says good bye and travels to Texas to face his dad. Riggs assures his dad he’ll kill him as soon as he’s released. This is kind of an up ending for Riggs, he wants a family bad enough to remove any credible threat.