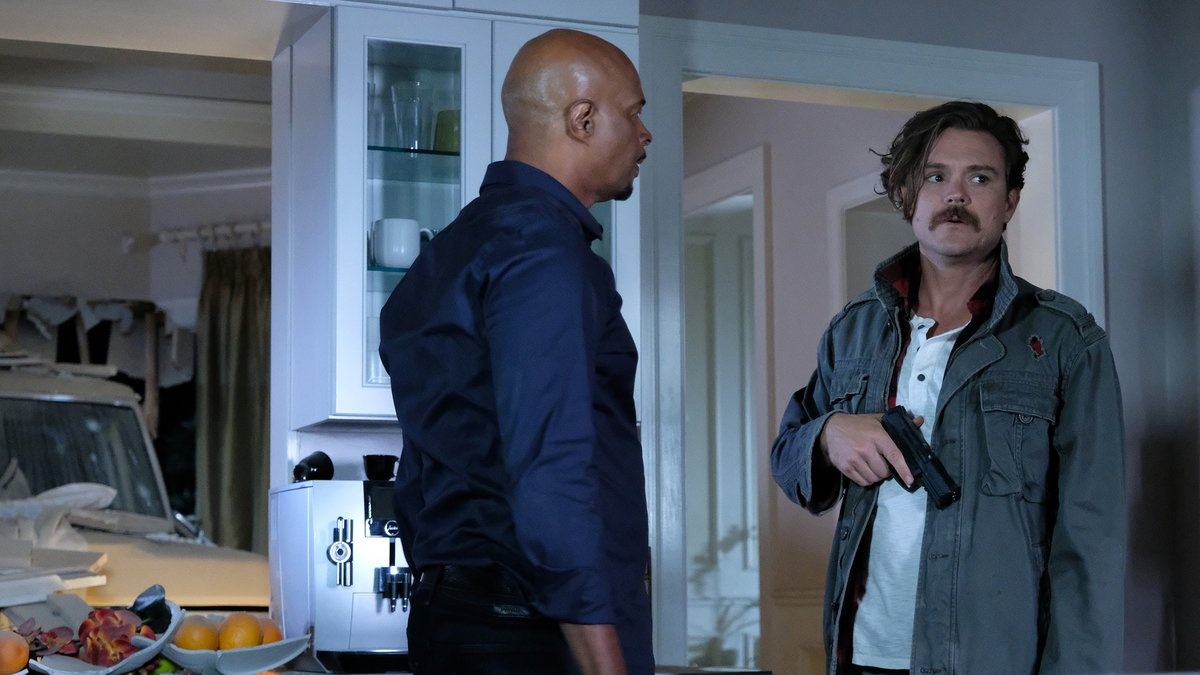 Lethal Weapon calls on the villains of the century to “Wreck the Halls.” This was one of those solid action-drama episodes they do well. The teaser tracks a semi heading down the highway until CHiPs pull it over for a broken tail light. The driver is a first class A-hole, so the officers ask to search his trailer. It’s mostly full of blue jeans, but the lead patrolman notices blue ink all over his hands. The driver flips his cigarette into the trailer and closes the big swing doors as everything catches fire. The trailer explodes as he walks away.

Riggs takes Molly and Ben to pick out a Christmas tree and goes way out of his comfort zone when the tree-farm photographer-elf asks if they want a family photo. Riggs steps away at first, but she says, “Get in there dad,” and Molly pulls him into frame. Boy-next-door Robbie McNeile also worms his way into the family holiday photo at the Murtaugh house. Trish invites Robbie on their trip to Hawaii. They plan to leave in a few hours, Roger plans to join them after taking a later flight. He gets a call from a kid he mentors but hasn’t heard from in a long time. The kid, Diego Cabrera, is anxious and Murtaugh says he can stop by any time before he leaves for the airport. Then, Diego sees a fancy sedan drive by slow, check him out. He tells Murtaugh he’ll see him later.

Meanwhile, Riggs is back at the office doing his best to clear paperwork so Murtaugh can fly stress-free to join his family. It’s a fun bit, paperwork isn’t part of the Riggs skillset. Murtaugh is already in a vacation state of mind. All that changes when Avery sends them to a crime scene, Diego is the victim. The uniforms on scene says he was full of cocaine but Murtaugh doesn’t believe it, he’d been clean for a year. Diego had a good job at The Harold Club, and elite members only place. 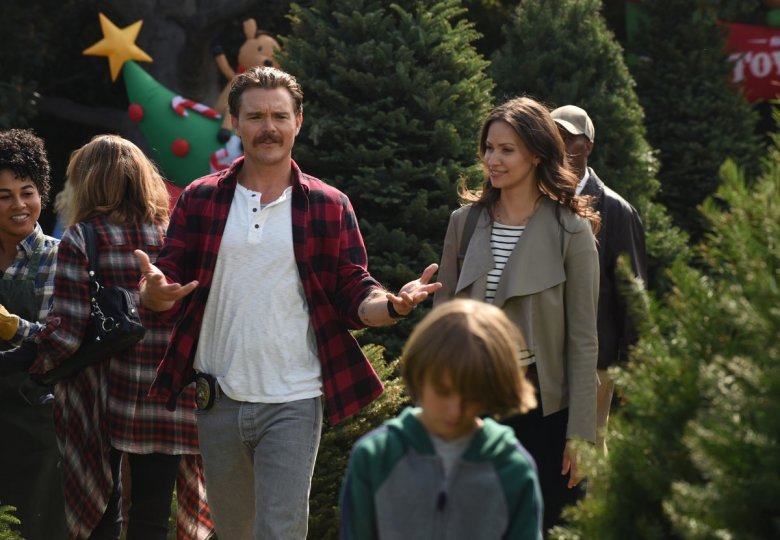 Scorsese confirms Diego’s system was clean from drugs. There were two fingerprints on the kilo of cocaine his backpack, Diego’s and a guy named Jasper Evans. Jasper has a prior conviction for drug dealing and works at The Harold Club too. Riggs and Murtaugh meet the smarmy club chairman, Grant Davenport. He shows them the employee lockers but leaves to grab the master keys. Riggs and Murtaugh break the lock and search Jasper’s locker, they find a gun, the same caliber used to kill Diego and a bag of cocaine. Jasper walks in and says the gun isn’t his but he runs when he sees the baggie.

Riggs and Murtaugh chase him to the roof where Jasper leaps to the fire escape of an adjacent building. Murtaugh is deeply invested in catching Diego’s killer and doesn’t understand why this is the one time Riggs doesn’t make a crazy jump too. Riggs confesses, this was the first time he didn’t want to die. Riggs wants to share Christmas with Molly and Ben. That’s a big step for Riggs, bigger than leaping between buildings. It also turns out to be the smart play. Jasper’s fire escape gives way and he plummets to his death.

To Avery and others, they case looks closed. Jasper had fingerprints at the crime scene, the gun in his locker, the cocaine, and he ran from Murtaugh and Riggs. Murtaugh thinks the story is too neat, but everyone tells him to leave for his vacation. Riggs heads out to babysit Ben, and they talk a little about his father, Jake. Ben only sees the worst in Jake, but Riggs assures him Jake stood up for him and saved his life. Jake is a hero. Murtaugh looks over Diego’s personal effects one more time. Then, the kid’s phone rings. Crystal, from a strip club called The South Pole is calling and wants to know why he’s late. 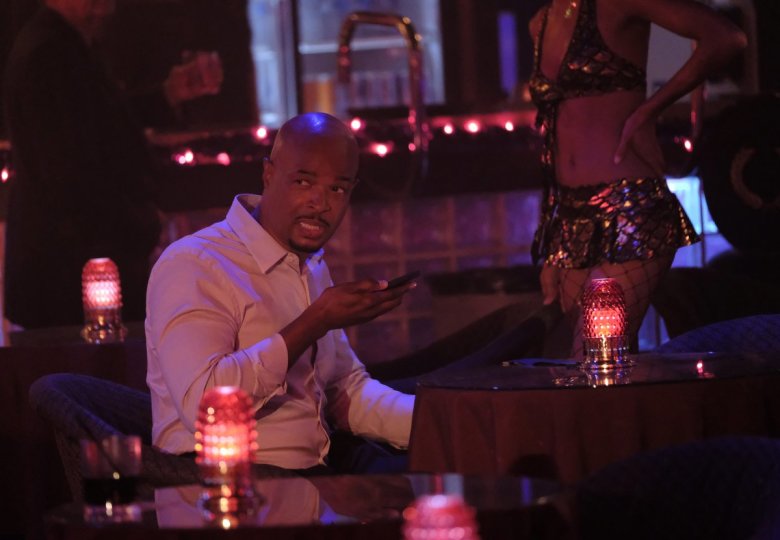 Murtaugh heads to the club to question Crystal. There’s a funny bit here where Trish calls from Hawaii and wants to know how he’s doing. He doesn’t mention Diego, but she does find out he’s at a strip club when Crystal arrives and mentions he asked for her personally. Tough spot. Crystal bursts into tears when she hears Diego was murdered. She confirms Murtaugh’s beliefs, Diego was doing good, staying out of trouble. Diego only made deliveries to The South Pole for his boss from The Harold Club, Grant Davenport. She stops talking when the bartender gives her the stink eye and the bouncer throws Murtaugh out.

Crystal tells Riggs and Murtaugh that Grant Davenport does business with the Aryan Fraternity and they’re angry over a shipment blowing up on the highway. They never say what exactly was that combustible, but Riggs and Murtaugh crash The Harold Club Christmas party to confront Grant about his role in the Aryan Fraternity business. Grant threatens Riggs, says he can find a family member to hurt and he insults Murtaugh who dunks the A-hole’s face in egg nog. Riggs explains that his father had friends in the AF. 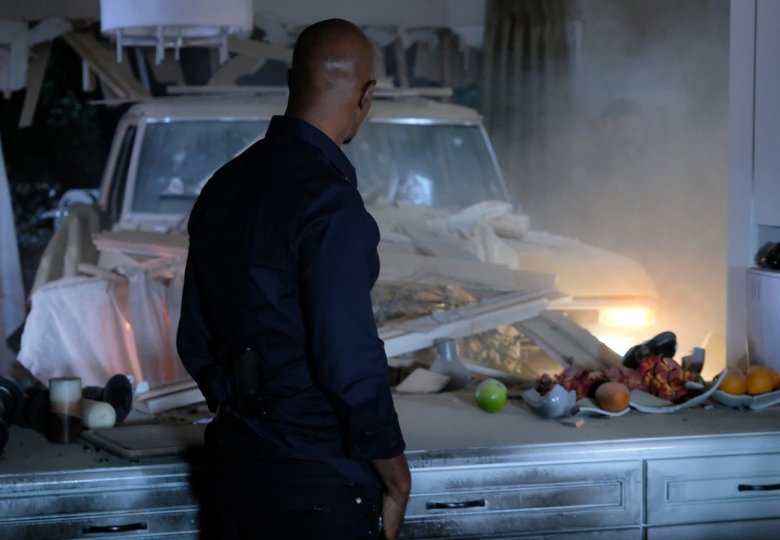 That night, as Murtaugh microwaves his holiday Salisbury Steak, he hears someone sneak into his house. Turns out to be neighbor McNeile. He explains his wife left him but he wants to keep his trip to The South Pole quiet anyway. A moment later, the Aryans arrive in force and shoot up Murtaugh’s house. Riggs is also in a tough spot, after Molly yells at him for taking Ben to the strip club and discussing Jake, a team of motorcycle Aryans open fire on Riggs in his truck.

Riggs and Murtaugh are both outnumbered, Riggs can’t get out of his truck, but Murtaugh puts together an explosive in his kitchen. It takes out most of the Aryan hench. Riggs is almost out of ammunition when the lead hench gets a mysterious call and they all retreat. Then, Riggs gets another unknown message saying, “You’re Welcome.” Riggs rushes to save Murtaugh and drives his truck through the living room. Together, they kill the last crispy Aryan who had bragged about killing Diego. Murtaugh wants the department to pay for all the damage to his house. Don’t expect that check anytime soon.

This was one of those great episodes where we get the explosions, a little growth for Riggs, and Wayans gets to unleash his range. They have many Lethal Weapon tools to explore and keep on track from week to week. The big reveal this week; papa Riggs is still alive but he’s in a Texas jail. I assumed he was dead, but he just has a nasty scar. Those Riggs boys are tough to kill.