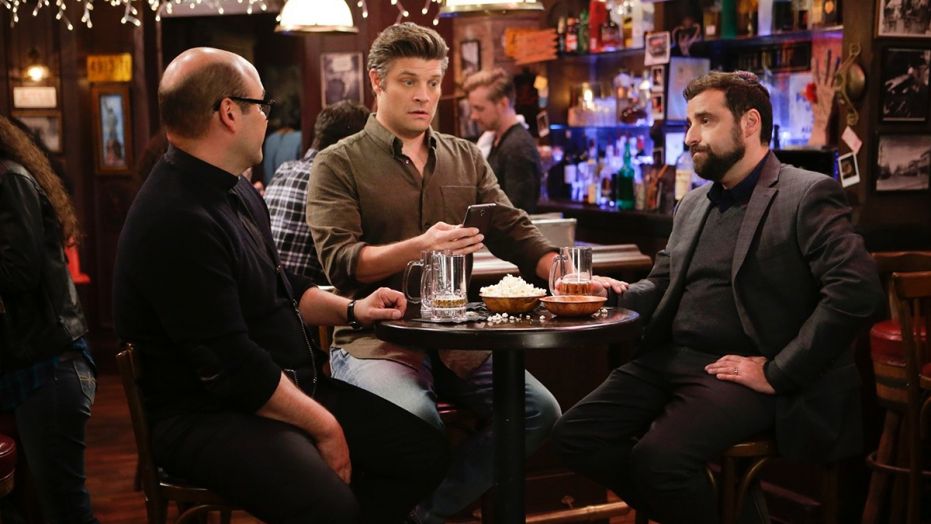 I can see where this is going and I don’t like it. The first episode of Living Biblically was well put together enough. They launched the basic premise fairly effectively. Chip lost his best friend and is soon to be a father, so he decides to live his life EXACTLY up to code with the Bible until his baby is born. It’s not really clear what he thinks this will accomplish besides maybe getting admitted to heaven, although acting right for only nine months out of your life seems like a low bar for heaven. But it all didn’t really matter because the jokes kept coming and they weren’t terrible like some other CBS sitcoms that shall remain nameless here (9JKL).

But now having seen a second episode, I’m not buying it anymore. Chip is the only character that moves the plot forward. Everything revolves around him, and all the other characters are just there to serve Chip. This would be okay if Chip wasn’t suddenly coming off like a dim-witted lunatic. He’s cartoonish to the point of unbelievability. 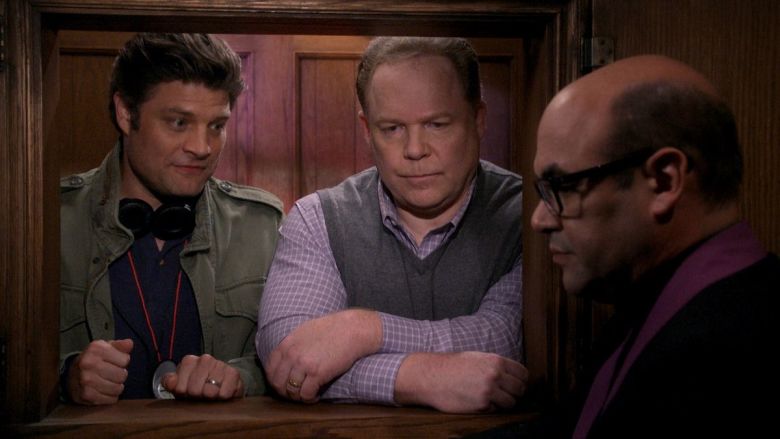 For example, in this episode Chip learns from Father Gene and Rabbi Gil that in some respects our societies obsession with and addiction to our smartphones could be seen as false idolatry. This leads Chip to smash his phone broken right in front of them. He then proceeds to try and replace all the things his cell phone was, like stuffing a calculator, disposable camera, and a map in his pocket. (Wouldn’t this just be replacing the false idol, but now broken into pieces he still carries on him everywhere??)

At any rate, Chip doesn’t have his phone’s alarm clock anymore so he sleeps in late. He’s only woken up by somebody knocking at his door. It’s a delivery man bearing a gift for Chip and Leslie’s “loveversary” (the anniversary of the first time they said I love you to one another). Chip realizes that he forgot their loveversary and now must go get a present for her, which he decides should be Beyonce tickets (discussion about whether Leslie’s obsession with Beyonce was idolatry kicked this whole thing off). However, he can’t use his GPS to navigate to where he needs to go, and he can’t call anyone. So he just doesn’t show up to work and doesn’t call. This is not the behavior of a grounded character. 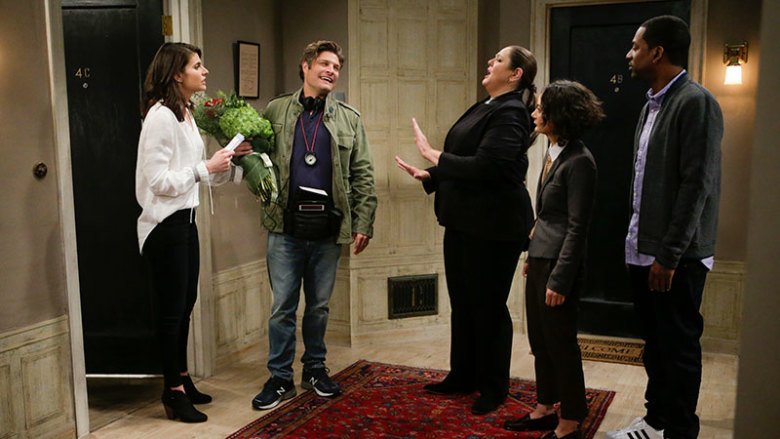 And that’s the problem. Nobody calls him on it. There are some gags in Chip’s office about whether or not he has been serial killed (Vince and Cheryl both recently binge-watched a true crime documentary series called “Cereal Killer”). Ms. Meadows, Chip’s boss, who as I understood was supposed to be some sort of antagonist at first, joins in on Cheryl and Vince’s antics. They show up at Chip’s house to enjoy the beer and cheese basket Leslie got for him.

But would Ms. Meadows really not be mad that an employee didn’t come in and didn’t call? Would Leslie not be concerned this happened? This show would be so much more interesting to see the parts of Chips life that are RESISTANT to the living situation he has made for himself with the adherence to the bible. For now, everyone just seems to be bending over backward to accommodate this crazy stunt, and for the sake of some jokes. I also think Chip is in violation of a bunch of bible codes all the time. He learned last episode he needs to not mix fabrics, but he definitely was wearing denim and a cotton shirt this week. Either he’s all in, or he’s not. And clearly he’s not, so why should viewers be?