Riverdale reveals the identity of the black hood – or does it? – in the mid-season finale, “Chapter Twenty-Two: Silent Night, Deadly Night.” Just as cheesy as the title, the episode boasts some particularly melodramatic moments while also dealing us plenty of conflict to launch us into the new year with intriguing new developments that are sure to provide ample opportunity for more melodramatic moments in the second half of the season.

Okay, okay, so I’m not trying to sound terribly snobby about this episode. It did get pretty dark at moments, particularly when Jughead and the younger Serpents confront the snake charmer and Jughead cuts out her tattoo – oof, that was a wildly dark moment, and very exciting for the show. 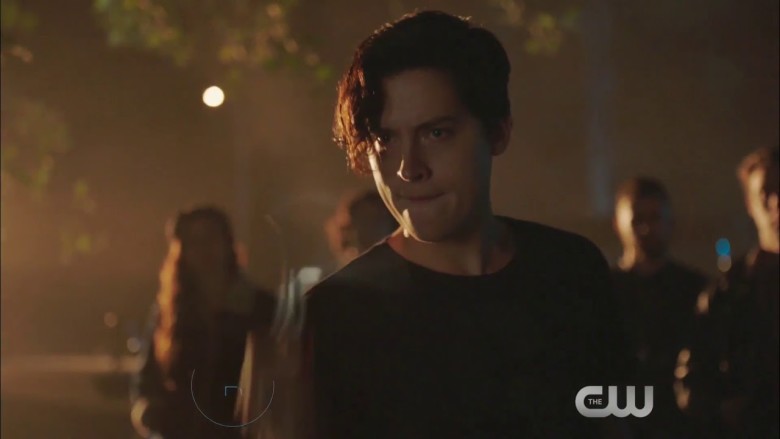 But this season has so far had some particularly notable scenes of overly dramatic portrayals, something that last season was a bit lighter on. For example, in the Serpent scene before that, when Jughead is rallying the other young Serpents, after they all agree to follow Jughead’s lead to get rid of the Snake Charmer, they literally close circle around the fire and just stare dramatically into it. Or at least, it’s supposed to be dramatic, but it winds up just being an unintentionally hilarious moment. I can’t help laughing at it just thinking about it.

Alright, so maybe this isn’t really a writing issue. It seems to happen mostly with scene transitions, so maybe this is more of a directorial issue? Like someone behind the camera is telling them, “Okay, now hold on the fire and look into its burning flames, like the anger reflected in your soul.” Or something equally artsy sounding that seems like a good idea at the time, but winds up translating on screen like the visual equivalent of a bad poem you wrote in high school. I’m not sure, but it’s becoming more of a frequent occurrence as this season rolls on. 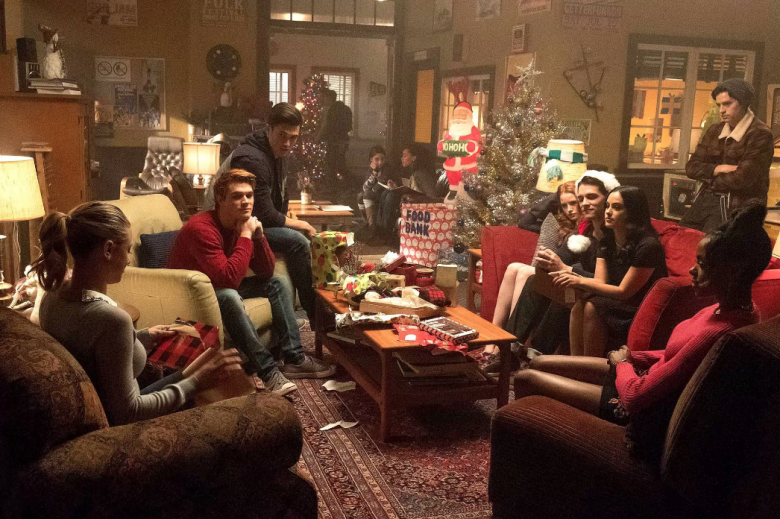 Granted, this wouldn’t be the first popular teen drama to fall into this melodramatic territory. In fact, if it didn’t include a certain amount of teen angst, it’d probably be the first of its kind not to. Look at Gossip Girl, Dawson’s Creek, The OC, One Tree Hill, any of those high school shows and you’ll see that Riverdale is certainly amongst its peers when it comes to drippingly angsty drama. But I still can’t help but feel as though the show could be improved upon by limiting how much time it dedicates to staring dramatically into fires and other similar scenes.

As far as the actual storyline goes, we’ve got a lot of complicated feelings to unpack here. First, it turns out that the Black Hood is – or possibly is, at least – the creepy janitor, and he possibly did cut off his own finger to bait Betty and Archie. He tries to make Betty bury Archie alive, just as the man who killed his family was buried alive, but Betty is able to disarm him and save Archie, leading them to chase the Black Hood to the bridge, where the Sheriff shoots him dead. Unfortunately, Betty is sure that the saga with the Black Hood isn’t quite over yet, though she’s not sure why or how. 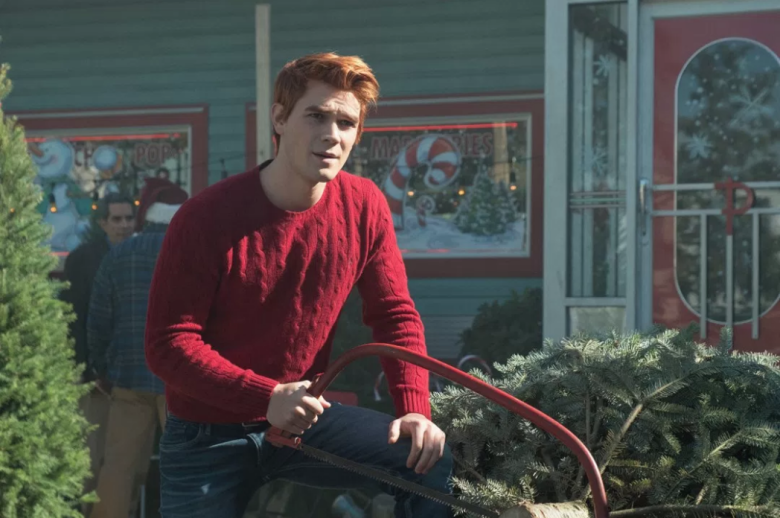 On a more personal note, the teens are still trying to reconcile their break ups – they all exchange Christmas gifts, even though they aren’t really seeing each other anymore. Betty kisses Archie, and he doesn’t push her away, though he then makes amends with Veronica, who tells him that she loves him back, which will probably most certainly create drama and cause issues in the future.

Meanwhile, Jughead and Betty are still somewhat broken, though there’s obviously still love there. However, Jughead pours his focus into getting rid of the Snake Charmer problem and the drug involvement problem for his dad and the Serpents. Of course, just because they’ve driven her out of town – for now – doesn’t mean the problem is gone. As FP says, this hasn’t fixed the issue, and she’ll likely be back.

But I suppose we’ll have to wait until the new year to find out what will happen next. Personally, I’m still rooting for Bughead, even though I’d kind of like to see what conflict a Barchie relationship would bring to the dynamic of the four friends.