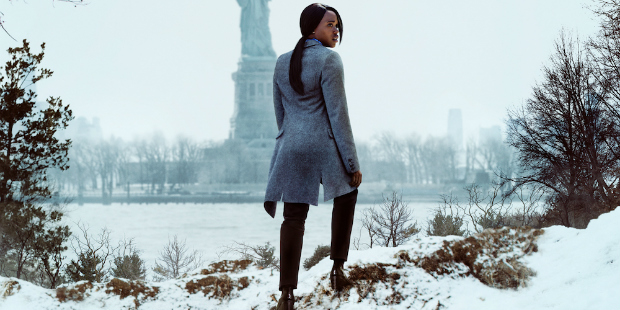 I was right! The writers behind Seven Seconds gave us a real ending to the trial involving the tragic death of Brenton Butler and its cover-up.

Jablonski Jablonski was sentenced to 364 days of jail time (how disrespectful to not even round it up to a year). Mike DiAngelo aided in killing Nadine, the 15-year-old female witness, who could have put him and the other two dirty cops behind bars. Felix was the one who actually killed the girl. And now, they’re all living their lives outside bars. Kind of.

Although the cops all got off super easy, all of them will be haunted for the rest of their lives.

Think about George Zimmerman. The Florida neighborhood “patrol man” murdered 17-year-old Trayvon Martin in 2012. And just from the 9-1-1 phone call alone, the man should have been convicted, but he was acquitted of all charges. Trayvon’s senseless death is what sparked the Black Lives Matter movement, and it has caused necessary unrest in a country immune to black bodies having no value. And Zimmerman, for the rest of his life, will live in fear.

Felix is the reality of Zimmerman. So overwhelmed by keeping the secret of covering up the accidental death of Brenton, he buckles a bit here and there. He thinks about telling his story to a fellow Latino reporter, someone who he hesitates to trust in front of the guys at the precinct because he doesn’t want anyone to take note that he is Latino (something that is hella obvious). And he gets ridiculously angry with his wife at a party, sending her into a frenzy because she is completely in the dark about what’s going on. This man is brimming with guilt. Instead of him finally giving into his conscience, he chooses to embrace the dark side.

When DiAngelo hesitates to kill Nadine, Felix does it himself. The girl had gotten away from DiAngelo, ran through the woods screaming, and Felix went after her. He shot her with an obscene amount of heroine. And when he returned, he seemed emotionless. Just dead in the eyes. And this is what Felix will be like for the rest of his life. In the world of Seven Seconds, this is also payment for what he did to both Brenton and the girl. Before Jablonski was taken to the pen, Felix asked him how he sleeps at night because he couldn’t. I hope that his uneasy spirit continues to wriggle around in his body for the rest of his life because if justice couldn’t get him, then spiritual karma definitely will. It always does. 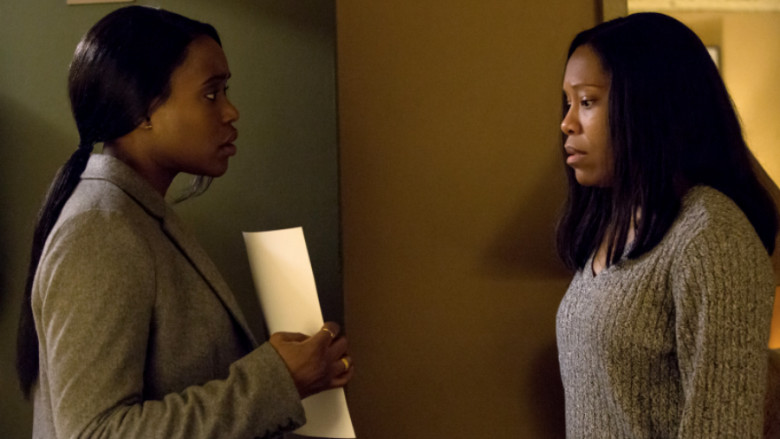 Guilty consciences are not common with DiAngelo’s posse, and that was at the center of their sick and twisted plan to cover up Brenton‘s death. Although Jablonski’s wife, Marie, wasn’t at the scene of the crime, she fits right into what DiAngelo wanted – people who just didn’t give a f-ck.

Marie is a cold-hearted female dog. She is one of the weakest, whiniest, most entitled, apathetic and narrow-minded women I’ve seen on screen. She begged her husband to continue with the cover-up because he promised her a good life. Woman, what? Jablonski “tries” to do the right thing (I use quotes because if he was real man, he would have just turned himself in), but his wife encourages him to just be cool and let DiAngelo drive things. She even gets mad at Jablonski for not fleeing when they had the opportunity. She is so focused on having the white picket fence life that she is willing to discard her husband’s moral conviction just so that she can have what all the Disney princesses had. Doesn’t she know no Disney princesses live in Jersey? Girl, bye!

While Marie’s cousin, Teresa, was acting like a duckling at first, she redeems herself by testifying that the grille of the car that hit Brenton was in Jablonski and Marie’s backyard. This testimony should have been the smoking gun, but Teresa did what was right, which is more than what I can say about any of the others.

It’s hella sad that doing what’s right in the world can come up empty. This is why Teresa was conflicted about testifying in the first place because who would ever convict cops? And she was right. The system only sees blue, and that was evident by the end of the series.

I have to admit, it would have been nice to see justice served. For Jablonski to have been locked up for the maximum amount of time. For DiAngelo to rot in prison because he committed so many crimes. For Felix to rot as well, and the other one that looks a lot like Count Dracula to share the same fate. But TV was not allowed to even live in TVLand because of the tumultuous state of this country.

Seven Seconds is a political message for those who believe that Brenton possibly being in a gang (which he wasn’t), Brenton wearing a hoodie, Brenton being in the park when he “shouldn’t have been” or Brenton being gay were all justifiable reasons to not care so much about a kid being hit and left for dead out in the cold by some cops.

I am hopeful that this piece will help human beings empathize with other human beings. It’s quite sickening that they don’t already, and that pieces like Seven Seconds have to act like an old school Saturday morning The More You Know special. But again, I’m hopeful. For the sake of my people and my country, I’m hopeful.