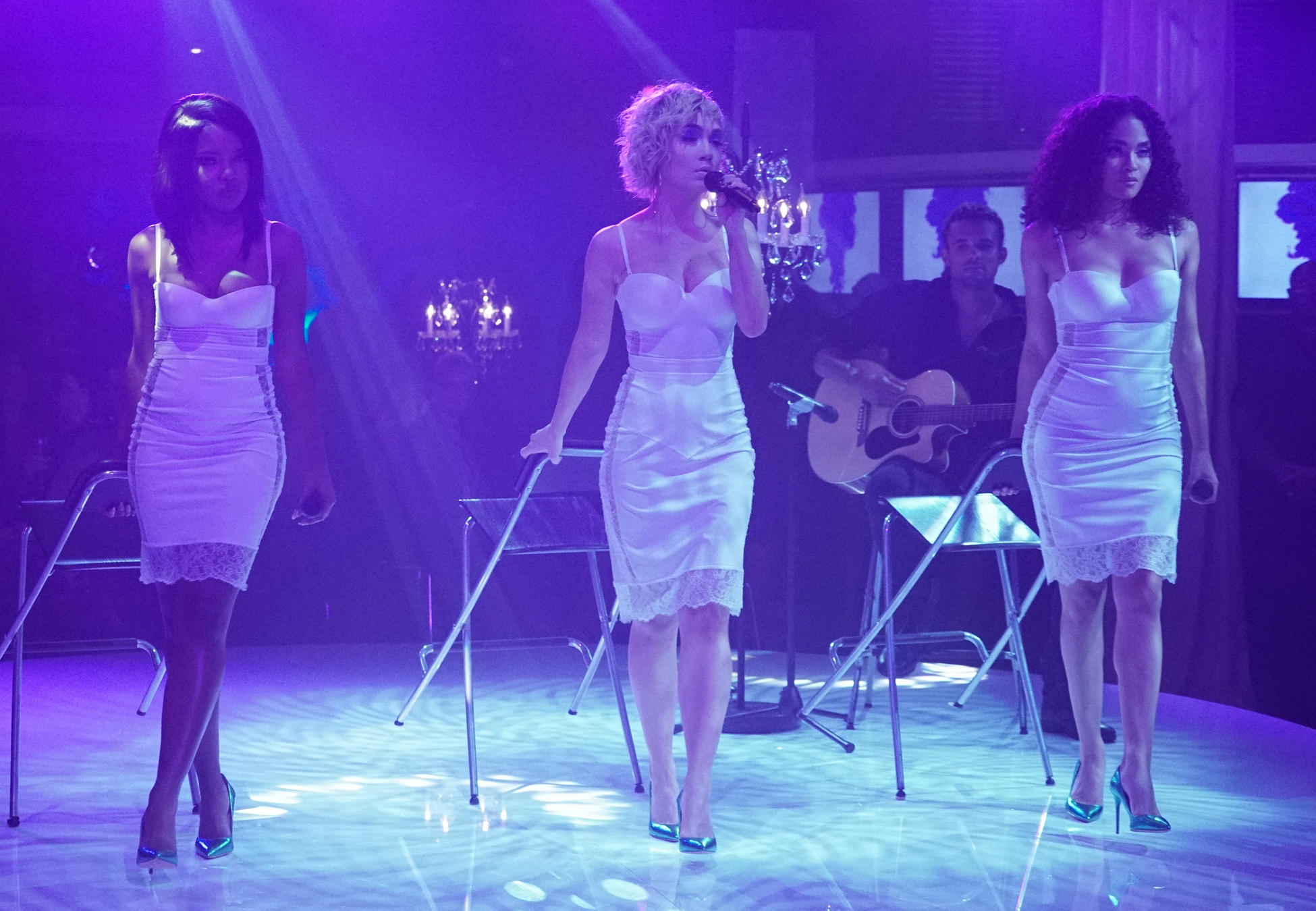 Star is entering the point in its season where you have to ask… where are we going? I have commended this show for being about the music this season, but we’re starting to reach that Entourage point where every episode is the same. The group tries to make it, they do some shady stuff, Ayanna is mad, the group still makes it, personal drama, end of episode. Every episode has been exactly this and with no end in sight. The worst part is, Star decided that they will repeat its worst plot thread from last season: introducing a character only to have them killed by the police. There’s no gravitas to this decision, no point to be made outside of, “cops are bad.” But that’s not the point – at least I don’t think it is. It’s to connect at an emotional level: what it must feel like to lose a loved one unjustly to the law. And just like last season, we’ve completely missed the boat.

Noah and Star are really starting to get along, and this worries Star. After her last boyfriend it’s understandable for Star to be worried about what kind of person Noah really is. After all, we’ve really heard nothing but bad things. But all we’ve seen is a relatively normal pop star, doing relatively normal pop star things. So, they hook up from time to time, but Star is sure to keep it that way, and to keep it in secret. Noah’s friend Lucky comes by and he refers to Lucky as family. Ayanna is worried Lucky is a bad influence on Noah, but he isn’t having it. Star seems to like Lucky and the three of them get along fine. Unfortunately, not for the long as Lucky is ironically the one to get shot. In many ways, Lucky simply served to play as a plot point and a statement – and that comes off as irresponsible. But not as irresponsible as a real cop killing a real innocent person, so maybe it doesn’t matter. 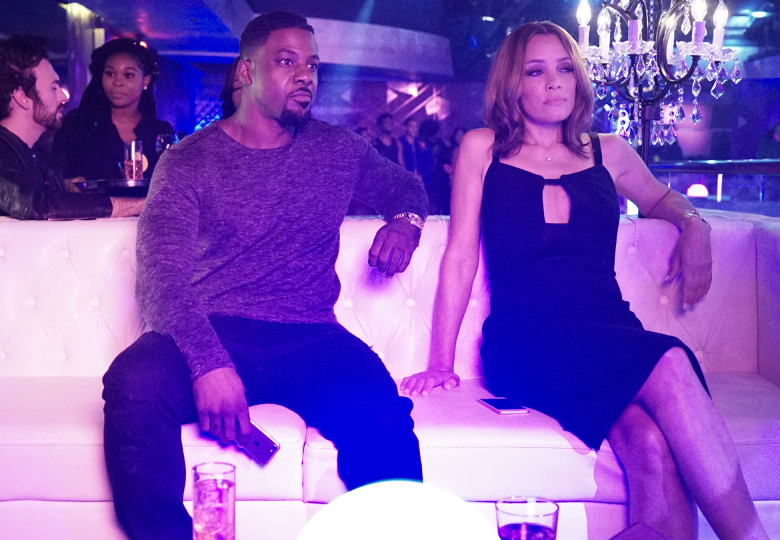 Star is beginning to suffer from the same trappings as Empire. I hate to compare the two as people often do, but seriously, there are too many plots and yet all of them are repeated beats. Everyone is trying to break in only to restart next episode; nothing moves forward and as we continue to spin our wheels so too do we find it harder to be invested in these shows. Take Jahil for instance. This is a man completely broken who has decided to reinvent himself using his nephew’s music as his own. After pitching the concept to Ayanna, she agrees to buy the music, but not the man. This isn’t good enough for Jahil and so when Ayanna’s assistant Andy shows desire to sing on the track, Jahil is all ears. Anything to get him in. Unfortunately, Angel (Jahil’s nephew) magically appears outside of Jahil’s trailer demanding answers. I want some answers too. Like an answer to why Jahil leaves his GPS tracker on at all times? Regardless, Angel is here now and the three of them decide to collaborate on a track. Do you see where this going? Whether you answered no or yes doesn’t matter – because it’s not good. We should not be focusing our efforts on trying to understand the relationships behind Jahil and his new group. We should be focusing on Star, Simone and Alex.

For some reason, Star doesn’t feature much in these episodes. Most of the plot involves Alex and the demons she’s battling. The store she stole the jewelry from a couple episodes ago confronts her and she finds herself in church with Ms. Carlotta. Within a span of a couple minutes Alex goes from a hardcore atheist to a Bible Thumper. OK, maybe it’s not that bad, but seriously – one tearful afternoon at church and you’re good to switch beliefs? Alex can still reconcile the abortion, but what she can’t is lying to Derek about it. She has nightmares about how he’ll react and she’s unsure what’s best for the both of them. It feels like we’re fast approaching a point of no return for Derek, but maybe he’ll pull through from this. What is clear is that next episode Alex is going to tell Derek the truth, and it will be up to the writers how they choose to have him react. Maybe they’ll avoid the confrontation by throwing him into another car accident. 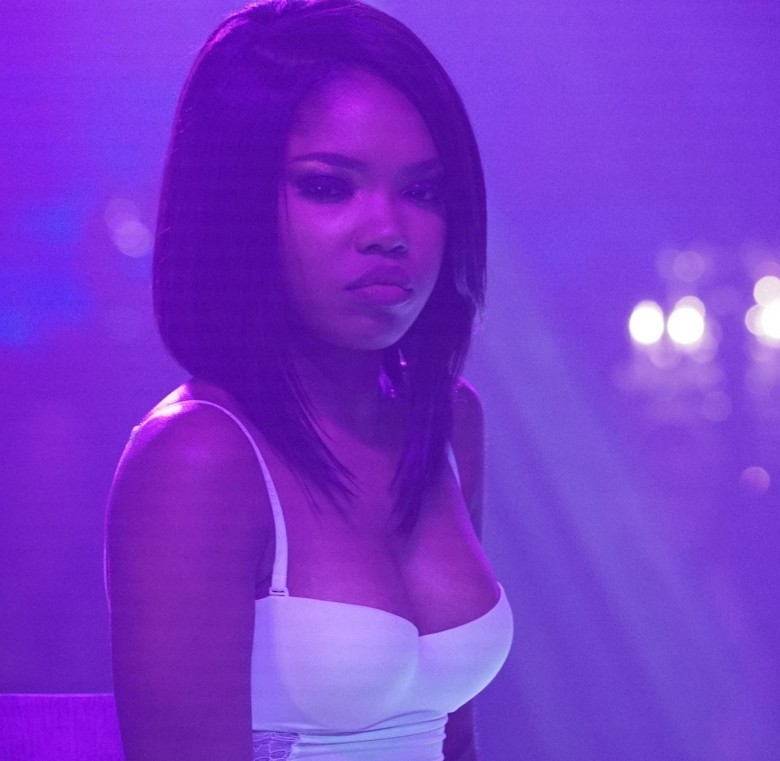 Simone is by far the most interesting character, but also the most confusing. I understand that she’s damaged, but why does that make her so open. She’s quick to give the father she never knew a second chance (while Star is not) and eager to make a romantic connection with her cellmate. Outside of that, Simone contributes little to the show and even less to the group. But maybe that’s the point. It never seemed like singing was ever her passion as much as it was a way for her to have a life with her estranged sister, and a way for Star to follow her dreams while protecting Simone. When the group performs at a club event in order to get Ayanna on their side (which they surprisingly do) they unveil a new name – Take 3. It’s much better than Big Trouble, but still not as good as A.S.S. During the performance though, Simone freezes when she sees her stepfather while Star sings to her dad as a confrontation. This is the dichotomy of the two girls – Simone wants to love the world until she’s hurt by it, whereas Star wants to control the world until she subdues it. Alex is there to write the sad lyrics.

I’m not sure where I want this show to go. I do love how everyone has GPS tracker on, because it’s pretty hilarious that while Jahil and Ayanna are hooking up, Miss Carlotta happens to walk in on them – but it doesn’t serve much of a purpose. As far as Carlotta should be able to tell, Ayanna didn’t even see Jahil’s group perform, and she liked Take 3’s performance. Plus, if Noah has any say, Take 3 is a shoe in. But that’s this show, throwing problem after problem until something happens.