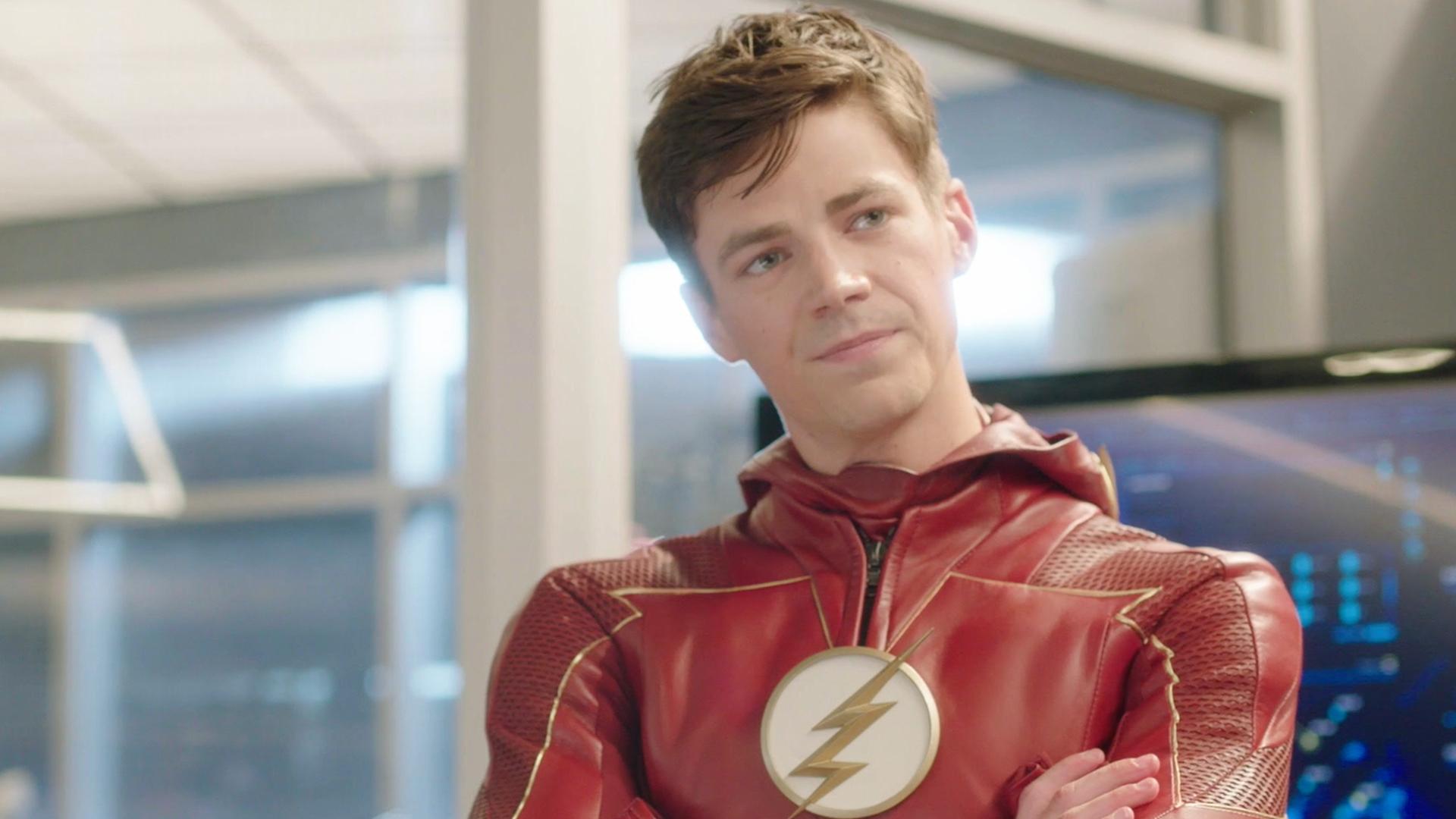 What a pleasant, breezy episode. The Flash this week does an admirable job of showing a few of members of Team Flash juggling their professional life with their personal lives all while making the most of the typical villain of the week. With a fun episode this week, we continue on a course correction that works in the show’s favor this week. 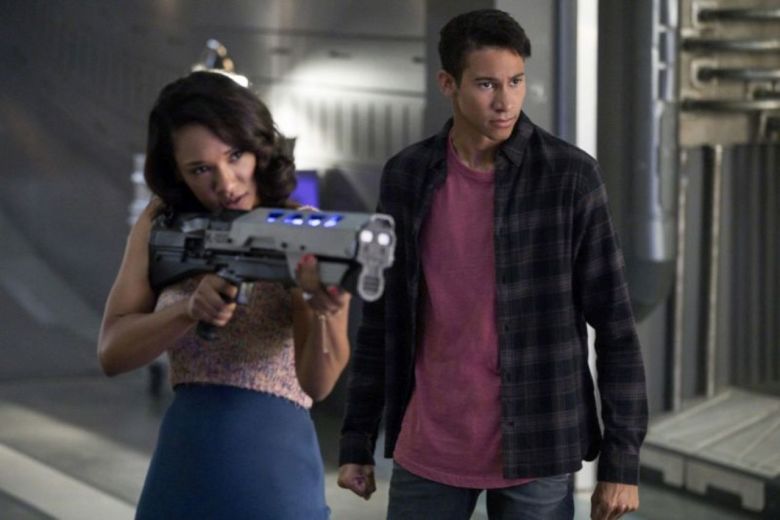 Let’s start with Barry (Grant Gustin) and Iris (Candace Patton) whose storyline this week is endearing without being saccharine. Now that he’s back, it’s cool that he’s getting caught up on things, but Barry doesn’t realize (and most people don’t until after they’ve walked down the aisle) is that his relationship with Iris has changed. It’s a two-way street. Just like most of the last season, Barry can’t listen to what Iris has to say or when she wants to join in and help. Iris singlehandedly spearheaded Team Flash while he was trapped in the Speed Force, but the biggest problem we’ve come to learn is that Iris had to lie about Barry’s whereabouts and that was embarrassing for her. That’s completely understandable as people are judgmental at every little thing.

Two things to note that I like are one: With these first two episodes, the writers have done a great job at making Iris proactive with a voice. As we and Barry learn it’s a voice he needs to listen to on and off the field of battle. Two: Catlin (Danielle Panabaker) was right to suggest couples therapy as you don’t need to be at each other’s throats to be in couple’s therapy. One thing most couples never understand is communication is key. Sure you never wanna turn things into an argument, but by the same token if you can’t talk things over then there’s a problem. 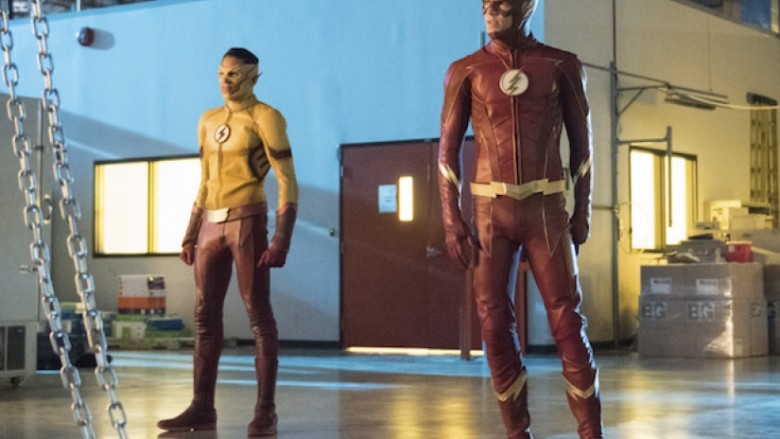 Speaking of working on relationships, Gypsy (Jessica Camacho) has come to Earth-1 for her scheduled date with Cisco (Carlos Valdes). Well, thanks to Ramsey Deacon aka Kilgore (Dominic Burgess), that keeps getting pushed off. Between Iris and Barry and now Cisco and Gypsy, Caitlin is playing therapist to both couples. She deserves better than this, but hey that’s how the apples fall this week. Gypsy even stresses the importance of this day to Cisco as on her Earth, it’s 1-1-1 Day meaning one soul meets another creates one. The show admits it’s cheesy, but hey it works cause the characters admit how stupid it is. It’s the Valentine’s Day on Gypsy Earth (shrugs). Cisco is eventually able to make it up to Gypsy with a romantic dinner at STAR Labs (I laughed at that. Why not a restaurant?).

Our villain of the week is a clever one as Team Flash had a hard time tracking down the metahuman. At first, I too thought it was a hacker who was out for kicks. Honestly, I was finding it hard to feel sympathy for the victims as most of them were huge douches especially Shelia Agnani (Aliza Vellani). But as we got further along, I did feel bad for Tim Kwon (Donald Heng). Dude seemed like a nice guy who just made the wrong decision and got wrapped up in the scheme launched by the other two.

Once it came down to the final showdown it could’ve been real easy for Barry and Wally (Keiynan Lonsdale) to beat him, but thanks to the new suit and all of its upgrades (Barry should’ve read the manual Cisco handed him. As Kilgore gets a hold of the suit we see it has a pulse cannon in the hands with a targeting system (ala Iron Man), an inflatable raft (which is a call back to the comics as the suit did actually balloon up). And a self-destruct mode as Cisco learned from last season that evil time remnants of Barry can appear at any moment. It sucks by the episode’s end that all the tech is being removed from the suit, but I hope at least the cool yellow lens with the heads-up display stays (and the pulse cannons). 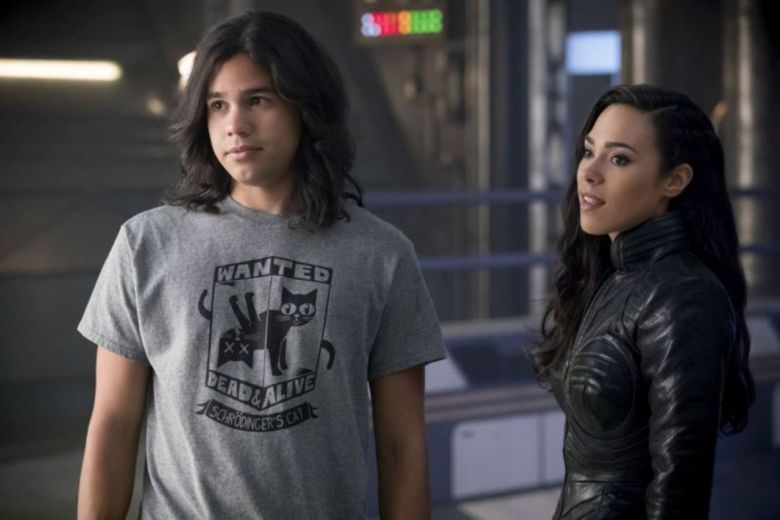 This is more like it after last week’s uneven episode. While this does feel like season complete with the metahuman of the week released by the season’s big bad, things now seem to be moving forward for the characters. Not a lot of quips and one liners (thank God), they still manage to keep things light and fun while addressing serious issues. This week’s director Alexandra La Roche does a much better job than Glen Winter did last week. Without all the weird zooms and camera movements that made things sloppy or awkward including some ill-advised handheld camera work, this truly felt like a first season episode in the look as well.

Some things to note is that Captain Singh (Patrick Sabongui) is still a prick. Barry brings a newspaper to Iris’ attention of how Olivier’s secret identity is now out (to which she shakes her head as the therapist walks in the room). Wally seems a little miffed that he doesn’t have a new suit as well. Speaking of I’m glad Wally’s around to fill in for Barry when Barry needs to focus on him and Iris. Richard Brooks is playing Warden Wolfe who seems to have ulterior motives. Richard Brooks may be one of the most underrated television actors working. How cool was it that Barry was able to catch all the fragments from that fragment grenade? So cool.

Will The Thinker’s plan come to pass with all the metas he’s assembling at Iron Heights? How does Warden Wolfe figure into all of this? When is Barry and Iris’ wedding exactly? Stay tuned true believers!