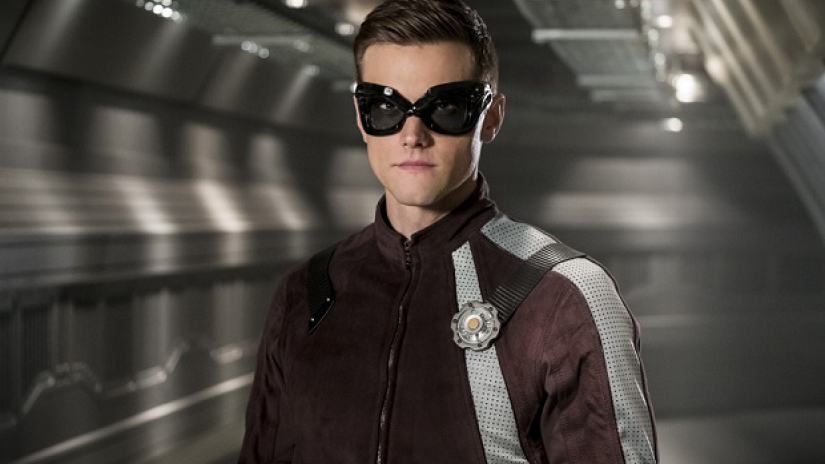 What are the writers doing? “The Elongated Knight Rises” might be one of the corniest episodes of The Flash yet. There are so many baffling choices made in this episode that I wonder if the writers even watch the show. Throughout the episode, I kept waiting for the Looney Tunes theme to pop in.

So, Barry (Grant Gustin) is sidelined once again. After getting out of the Speed Force prison, he’s now in real prison. I wouldn’t mind that too much if they could build up Team Flash. And sadly, the A-plot of this episode is Ralph (Hartley Sawyer) becoming The Elongated Man. It’s baffling to me that we’ve spent most of last season as well as parts of this season building up Cisco (Carlos Valdes) and Caitlin’s (Danielle Panabaker) retrospective powers and alter ego with Vibe and Killer Frost respectively. The season premiere had Wally (Keiynan Lonsdale) and Cisco holding the city down, so I don’t know why they don’t just have Wally come back or have Caitlin and Cisco do the thing. And if you give me the weak excuse that they gotta be in S.T.A.R. Labs, I will lose it. 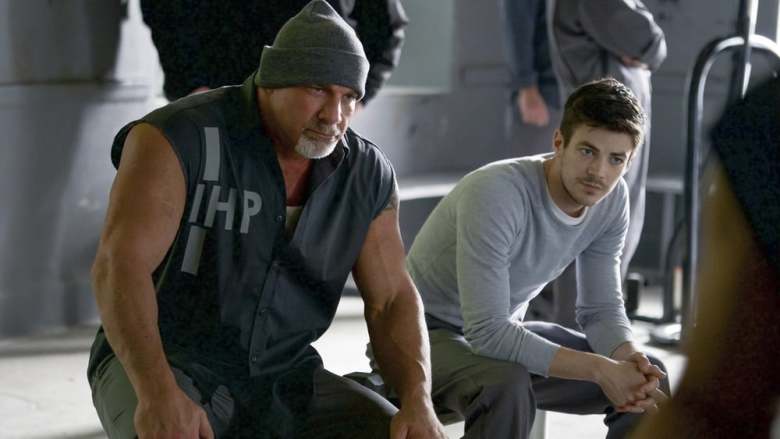 Look, Ralph has been okay at best so far this season and this episode doesn’t make any cases in his favor. It seems like this show needs a white male to be the savior of Central City. If we have to have that Ralph isn’t it man. Not helping matters is that we’ve tipped over into live-action cartoon territory with Prankster Junior aka Axel Walker (Devon Graye) and his mother Prank aka Zoey Clark (Corinne Bohrer). If Prankster is gonna be the villain, then it’s gotta be Mark Hamill’s. Axel is a weak replacement for James. I understand Mark Hamill is busy with Star Wars, but really? At least they’ve acknowledged that he’s out there somewhere making his prison escape a year earlier.

And props for getting Corinne Bohrer back to play Prank like they got Mark back to play The Trickster and John Wesley Shipp to play Henry Allen. If there’s one thing the 90s version of The Flash did right, it was getting them. However, Prank is problematic. She breaks her son out of jail and wants to ride off into the sunset with her son to live a peaceful life. Axel, however, wants to rule Central City which makes his mom uneasy. Suddenly though she stops taking her meds and is a crazy supervillain eager to terrorize Central City. This is not a good way to portray bipolar schizophrenia. I really can’t believe this is how the writers went to turn Prank back into her villainous ways.

Not helping matters is Trickster and Prank’s axid. Yes, you read that right. It’s their version of the Joker’s acid with the special ingredient “x”. Ralph finds himself a coward once he discovers that the axid can burn him. My serious question is this: what did Ralph think the Trickster had in his super soaker? I mean really? However, after having a heart to heart with Barry after he tries to break him out of prison, Ralph steps up to save the day finally earning the name The Elongated Man. 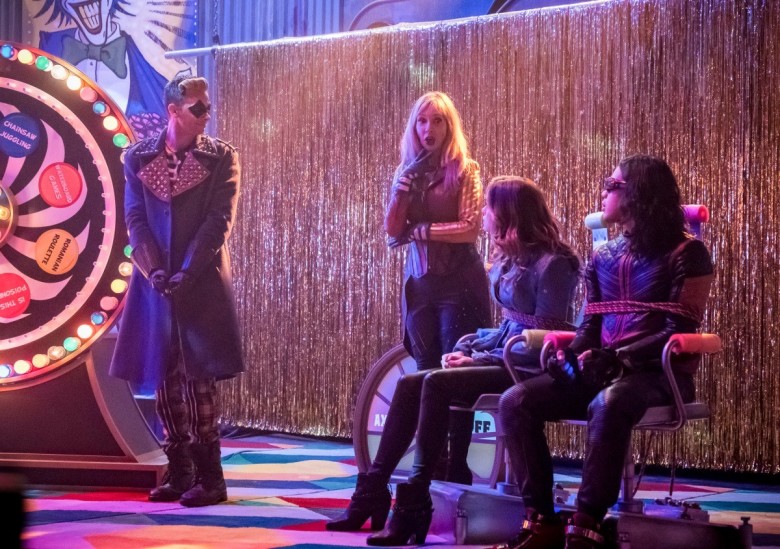 One of the main problems with this episode is there’s clearly no real danger. Having Cisco and Caitlin get kidnapped is so hackneyed that it makes you question why are they even around this season. Seriously if they’re gonna treat those two like that, then they should have a long vacation just like Wally. And Ralph is just not that interesting at the center of things. The character could work on Legends as that’s a team show but by himself? No. In fact out of all the DC characters to mine picking The Elongated Man is a weird choice.

Even the B-plot of Barry in prison is mostly a miss this week as we see him bond with inmate Big Sir played by wrestler Bill Goldberg. They’ve could’ve done something unique with Barry’s imprisonment. The Shawshank Redemption, Cool Hand Luke, and Oz have proven there are great stories to be told in prison, but like the rest of the episode, the writers miss it. Having Barry be a cop in prison is something I thought would be explored, but instead of that, we get the prison yard bully and his gang. How many times have we’ve seen this? Thanks to Henry Allen’s good nature and medical expertise he became friends with Big Sir. Fortunately for Barry, Bir Sir and him become friends due to their mutual enemy in the bully. By the episode’s end, Barry requests that Team Flash look into his case as he’s “obviously innocent”. You know what would’ve been really cool, having shades of grey on this show with Big Sir being truly guilty, but still good-hearted on helping Barry out and vice versa. 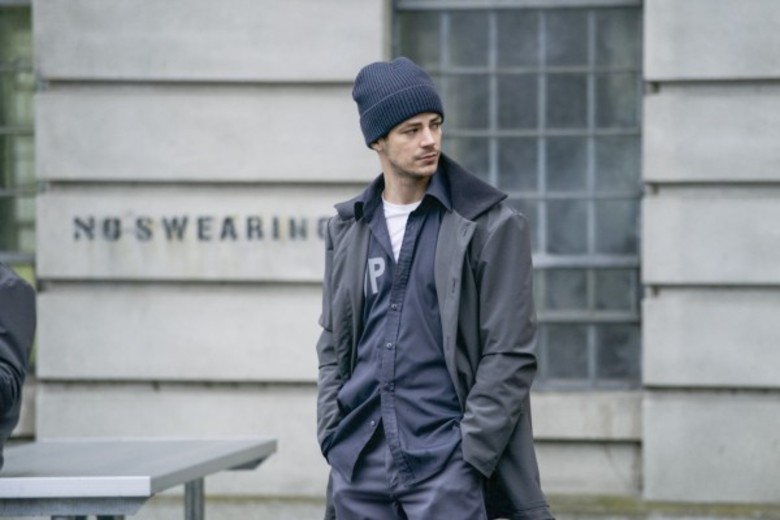 Besides the nice universe connection with Beebo from Legends, this offered next to nothing in terms of moving the plot forward. It’s obvious that Barry will be imprisoned for a while, but the writers have got to do better than this. And from the preview for next week’s episode, it seems like that will be a wash as well. And I’m sorry, but bringing back the mysterious young woman from the crossover who clearly knows Team Flash is uninteresting as well. Even if she is writing in the language of the Speed Force.

I know everyone said season three was too dark (it wasn’t), at least that had focus. I’m glad we don’t have the DeVoes this week smirking evilly in the shadows rubbing their hands, but man the Barry in prison story is gonna be rough. Stay tuned true believers!