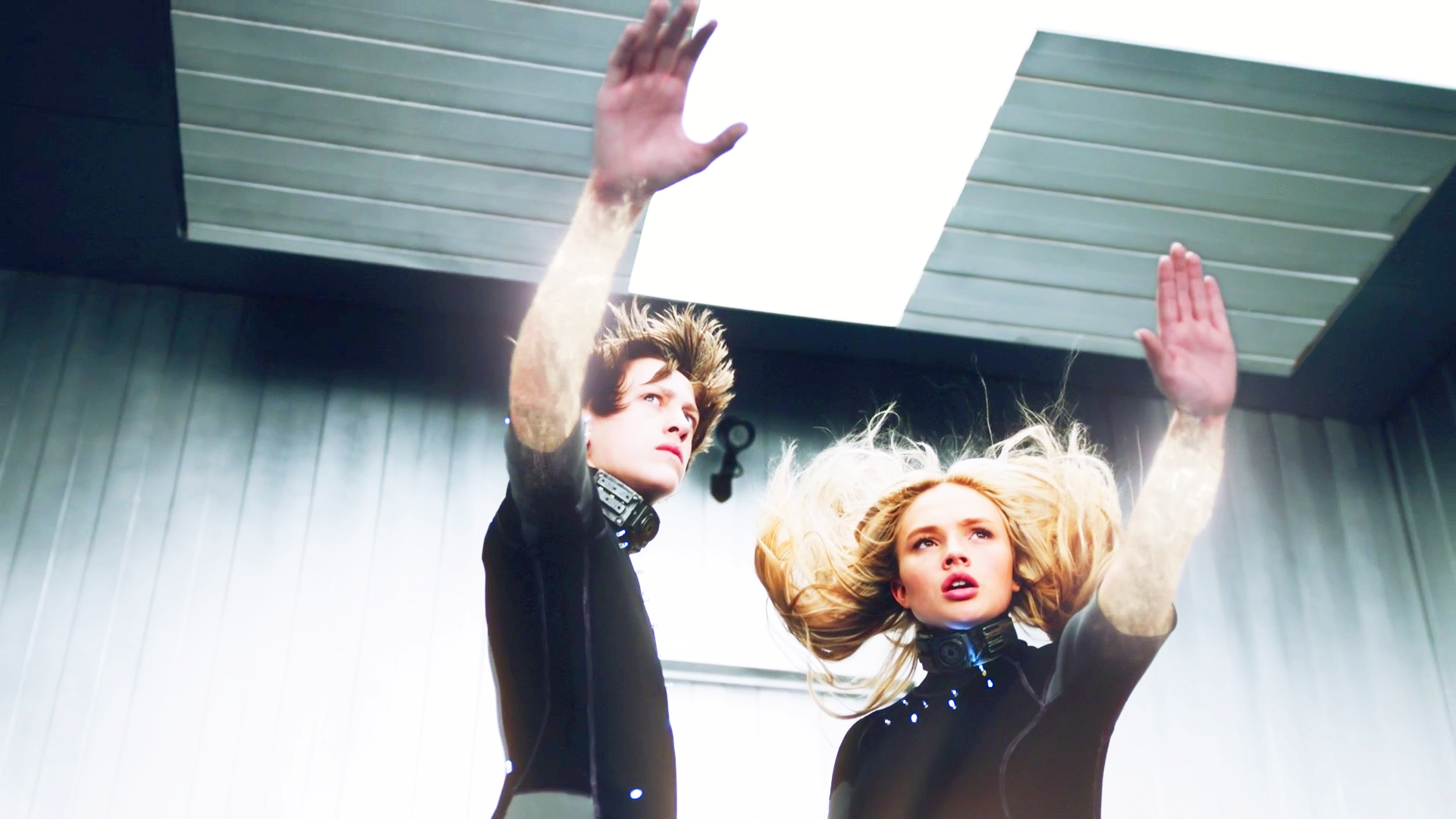 The Gifted falls back on violence and the tried and true tactic of killing characters in an attempt to raise the emotional stakes. In the parts of this show that have always been good, it succeeds fairly well. In the parts that have always been bad, it’s still pretty bad. Andy and Lauren are being held captive by a creepy Trask Industries scientist who is trying to study them, while the telepathic mutant Esme plays the entire Mutant Underground against each other.

Lauren and Andy remain the best part of this show. It’s slightly ironic that the two actual teenagers have more depth and maturity than every single adult member of the Mutant Underground put together. The siblings are stuck in a research facility and keep refusing to use their powers for the edification of the creepy scientist man. The two of them continue to demonstrate that your choices are what make you who you are, not your powers. I love that about that. The only thing that gets them to use their powers is when the Trask guy starts shooting their friends and they only do it in order to save them. It’s still a little eye-roll worthy that these two are so ultra-powerful but I love that they have such a positive interpersonal relationship and I find it refreshing that their “power of love” trope is a sibling love rather than a romantic one. 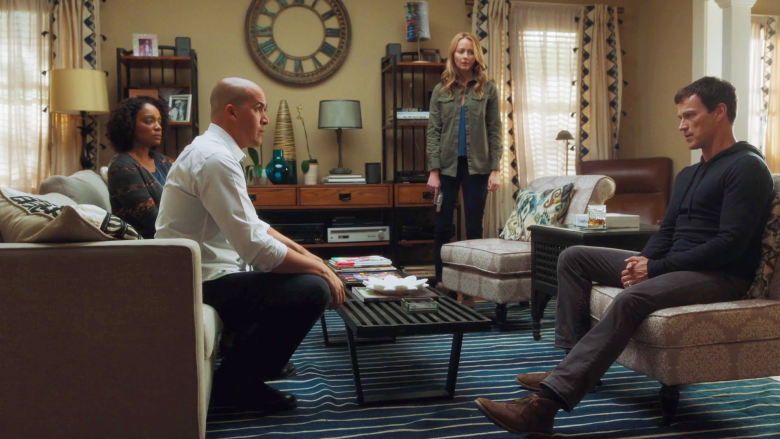 The weirder part of this episode is Esme the telepathic mutant playing everyone against each other in the Mutant Underground. She coerces Reed and Caitlin into going to talk to the Sentinel Services Agent Turner who has been harassing them all from the start. The Strucker’s plan doesn’t make that much sense except in that they’re trying to appeal to Turner’s parental love for his dead daughter. Meanwhile, his wife gets angry at him for doing horrible things in their daughter’s name that, let’s face it, she had to know was happening so that’s just unnecessary drama. Then Esme talks all the mutants into going to attack Sentinel Services and Trask even though she told the Struckers they weren’t going to hurt anyone. I can’t quite tell if Esme is a Sentinel sleeper agent or just completely nuts but, either way, her betrayal story is kind of boring. At this point, it’s so expected that anyone who seems sweet and trustworthy will betray everyone that I don’t even bat an eyelash when it happens. In the end, she’s reunited with what (I guess?) are her two identical sisters, making them destructive triplets. I guess she really did just want to get her family back, but having the whole Sentinel sleeper plot combined with Esme’s scheming was a bit too much. One betrayal at a time, guys.

Also, I’m a terrible person. I’m pretty sure Sonia being killed in order to motivate the Struckers was supposed to be a horrible, upsetting moment. Sonia was poorly written, manipulative, creepy, and abusive all under the facade of sweetness. I cheered when they killed her. Yes, it’s your same basic, misogynistic storyline but sometimes I don’t care. Characters who are terrible are easy marks for destruction when the plot needs something “heavy” and “serious” to wake people up. Honestly, at least they hit the mark on who needed to go. If they’d have killed Blink I don’t think I could stand this show anymore. 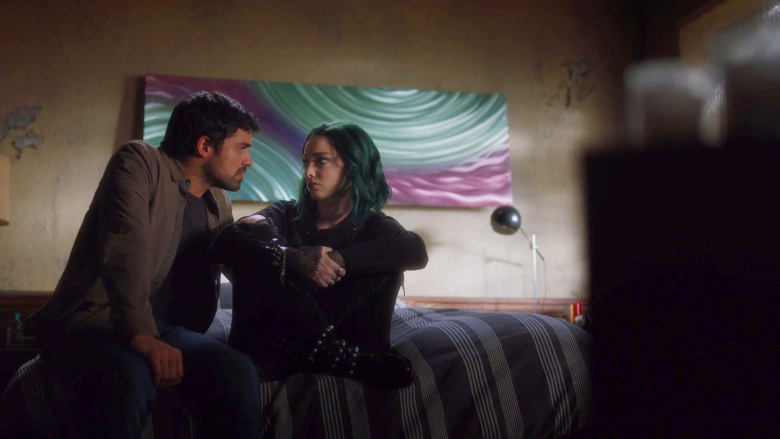 Speaking of characters who get on my nerves, I’m at the point where I hate Lorna (Polaris) and Marcos (Eclipse.) 100% of their conflict is related to miscommunication and the fact that they’re having a baby that they really do not need to be having. Yeah, Lorna–it is unfair that you’re bringing a kid into a world that’s completely screwed up and that kid will be constantly in danger because of the kind of life that you and Marcos lead. There’s an easy solution to that. Listen, I don’t mind stories about children, parents, or characters who want to have kids. From everything I can glean about this story, these two people don’t want to have kids, didn’t plan on having this kid, and the whole situation is a disaster. I’m persnickety about parental relationships and these two bicker, snipe, and undercut so much that that kid has a doomed future, mutant or not. I can’t feel sympathy or get into a relationship where the only way the two people relate is through how much they fight because they can’t communicate in a healthy way. That’s cute when you’re a repressed teenager but they’re supposed to be adults, and I grew out of finding that sort of interaction interesting quite a few years ago. By now I don’t think they can fix those two characters because they’re completely tied up in their interpersonal conflict, despite the fact that they’re both supposed to be leaders in the Mutant Underground. When they’re doing their leader stuff, Lorna especially is pretty great. Unfortunately, that’s not how this series primarily defines her.

Ultimately, I think this show switched one dire peril for another. Rather than the Struckers being a danger to the world, now its Esme and her duplicates who are threatening eveyone from mutants to humans alike. Honestly, Andy and Lauren could just destroy them without even trying but that would go against their moral code so I doubt it will happen. This show seems to struggle with finding a coherent narrative. The antagonists and dire situations waffle back and forth so much it’s hard to keep track of who I’m supposed to be caring about and why. Again, as ever, it’s all right. Neither good nor bad.