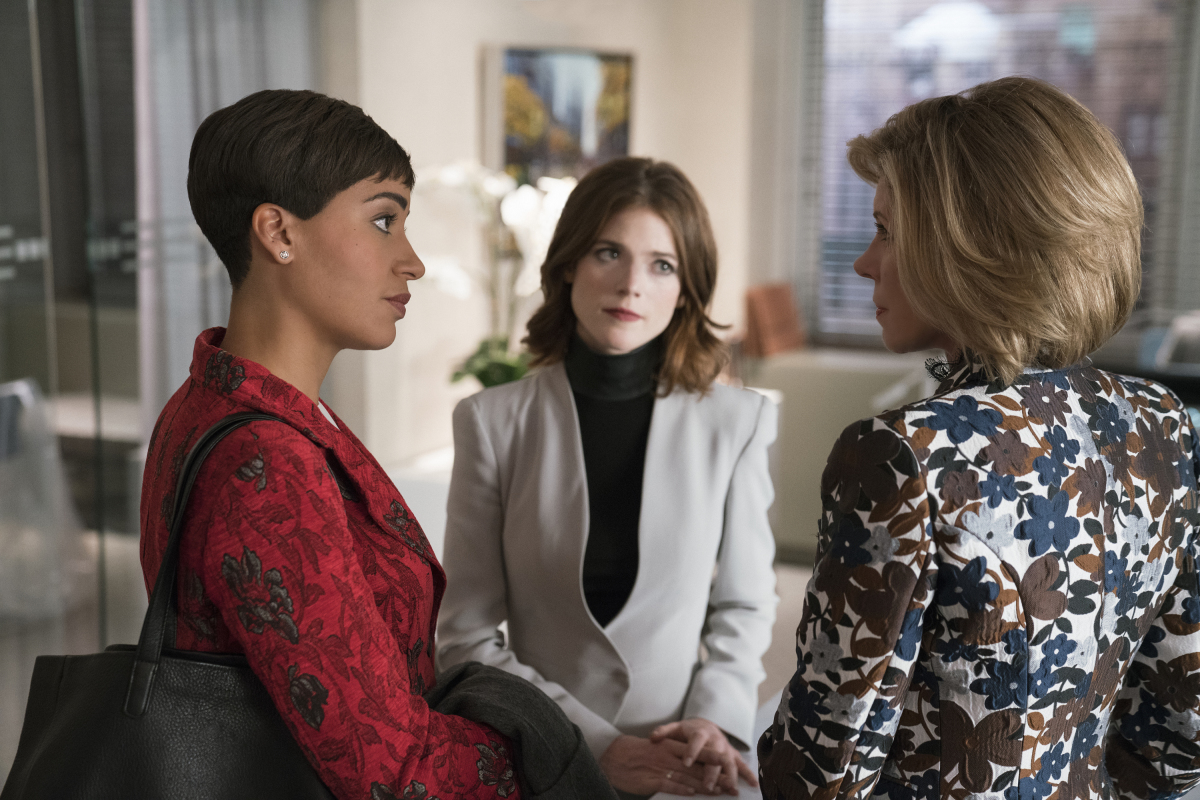 The Good Fight is back on CBS All Access for Season Two. All of the familiar faces are here, plus some delightful new additions. The biggest addition this season is Audra McDonald as Liz Reddick-Lawrence: daughter of Carl Reddick (Louis Gossett Jr.), and ex-wife of Adrian Boseman (Delroy Lindo). While Liz is certainly meant to stir things up with Adrian, it’s Diane (Christine Baranski) with whom she has the best chemistry. Baranski and McDonald sparkle together on screen, and their relationship is the one I most want to watch develop as the season continues.

Series creators the Kings continue to utilize Broadway’s best and brightest in both their central and background casting. Along with vets like Baranski, McDonald, and Bernadette Peters, The Good Fight welcomes Waitress star Drew Gehling in, while a minor role, one that I think we’ll see more of. I’m still waiting for all of these characters to get drunk and have a sing-a-long, but that’s likely to only happen in my dreams. 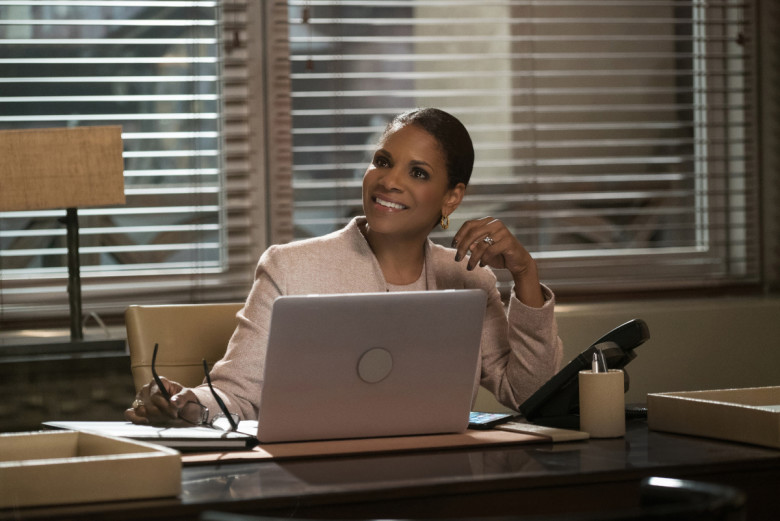 The Good Fight doesn’t pull any punches when it comes to politics. The “Previously On” prior to Episode One includes real news footage from Trump’s first year in office. This is a left, liberal, anti-Trump show, and if that’s not your cup of tea, I suggest you choose another show to watch. For those that enjoy conversations about race, consent, and anti-Trump tweets . . . this is the show for you.

Last season we left off with Maia’s (Rose Leslie) arrest. This season picks up days before Maia’s trial is set to begin. Jane Lynch is back as the pesky FBI agent trying to get Maia to give up her father’s location, and Marissa (Sarah Steele) is advocating to become an investigator at the firm since passing her private detective’s test. The characters interweave in the ways we expect from the Kings, but one of the relationships that’s getting more screen time is the budding BFF-ship of Maia and Marissa. These two are a delight together, and I definitely need more scenes of our millennial duo. 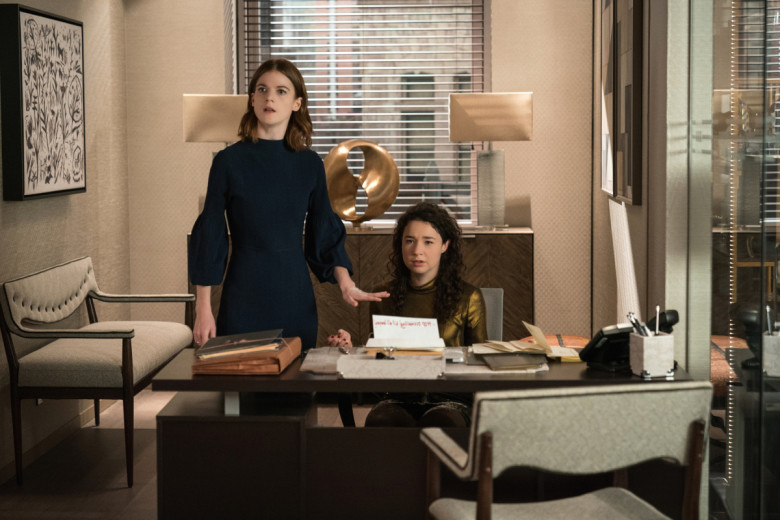 One of my chief complaints of Season One was the sidelining of Barbara Kolstad (Erica Tazel), one of the firm’s name partners. Unfortunately, rather than giving her a larger role in Season Two, she’s dispatched quickly by the end of Episode One. While I certainly enjoy the addition of Liz to the cast, I wish the Kings had found a way to make room for boh ladies. Perhaps they’re trying to make up for all of those seasons of The Good Wife where characters would disappear and reappear with no explanation by actually focusing on their core characters in The Good Fight. One can only hope.

Our array of kooky judges returns with an addition that is likely to please longtime Good Wife fans, and Christine Lahti reprises her role as Andrea Stevens in Episode Three.

Diane continues to be the queen of our hearts and my personal fashion inspiration. The coat she wears at the beginning of Episode Two is, in a word, fabulous. But, despite her ever-confident and well-heeled exterior, Diane is facing deep internal debates in Season Two. She’s back on top after her fall from grace, but the world has gone insane around her, and she’s struggling to find her footing. 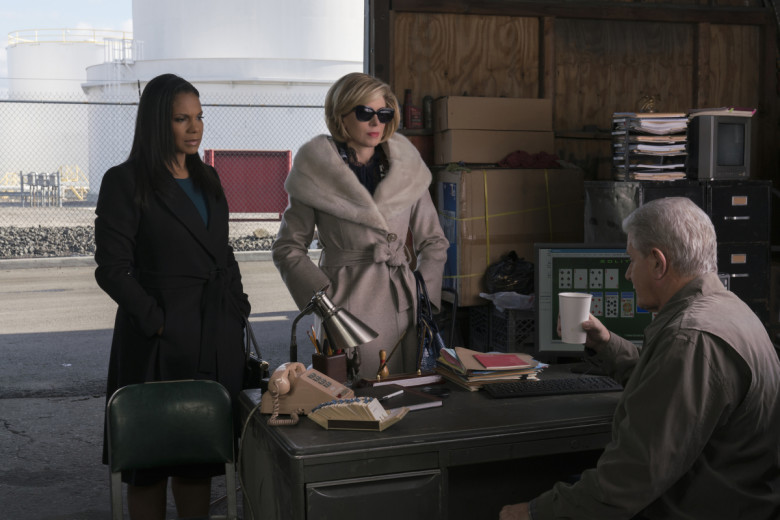 Lucca, with the exception of representing Maia at trial, is unfortunately given short shrift in the first three episodes provided to the press. She’s supposed to be one of the show’s main trio of women, and she’s one of my personal favorite characters, but she serves more as a plot device than a character in these early episodes. I truly hope we get more of her story before the end of the season. It would be a shame to see her end up like Barbara Kolstad.

The Good Fight is as strong a show in Season Two as it was in Season One. I do worry that few people are watching it. In the age of cord-cutting and a la carte TV, it seems a lot of CBS to ask its viewers to subscribe to yet another app. Most cord-cutters do so to save money. They pay for internet plus Netflix, Hulu, Amazon Prime, or some combination thereof. All of those services provide a much wider array of content than CBS All Access. And CBS doesn’t have a slate that rivals HBO or Showtime, and would entice viewers to add those channels as an additional service. Plus, you have to use their app. HBO and other premium channels can be added on to a Hulu or Amazon Prime subscription without having to download and navigate a new app.

I’d like to see The Good Fight find its audience. It’s some of my favorite writing on TV. But, I worry that CBS isn’t as in touch with the digital age and audience as it thinks it is, and I worry the show will get passed over by people who don’t want to keep adding new services to their already content-heavy options.

A.R. reads and writes YA, watches too much TV, and serves at the pleasure of her cat.
Follow A.R. on Twitter: @ARWasserman
Keep up with all of A.R.’s reviews here.