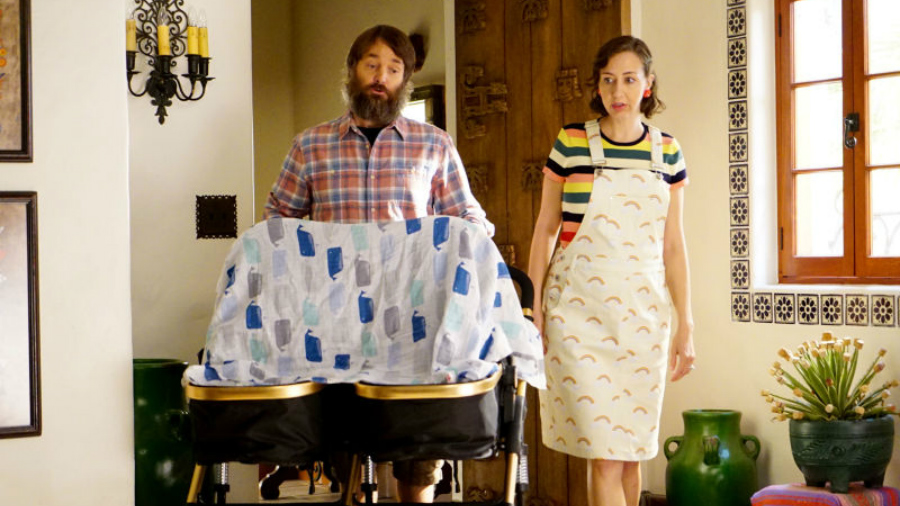 Fortunately for us viewers, a loose end from two episodes ago was at least half-tied up, and a subplot extended, as it should be—which is the main reason why this episode earned itself. B+. Of course, one could say it was an artful cliffhanger, and that postponing the “release” to a later episode is a necessary strategy for most long-form narratives. Unfortunately, since last week’s episode was so mediocre, the fact that we were deprived of a resolution or even a hinting at one (re: the Rubio’s cube/secret bomb) added insult to injury. And also unfortunately for the show as a whole, these inconsistently good episodes are taking a toll on our patience—so naturally, that we couldn’t catch a break and find out what happened next was extra-irritating and frustrating.

Additionally, the return of Jasper was welcomed and appropriate—given that he’s barely gotten any attention recently, Todd is still hankering for fatherhood, and the babies already have their designated caregivers, that gap—pointed out by Melissa—needed to be filled, and was. While Jasper takes his time warming up to Todd as a father figure, he finally accepts him as such, and beyond the Gail-Erica proposal scene, it’s one of the more heartwarming moments on this episode.

Carol was in typical self-centered mode for most of the episode, but thankfully (and also typically) had a transformation by the end, unwilling to accept that Gail’s attention had shifted back to Dawn as opposed to Mike and Bezquille (yup, still can’t get over how hilariously bad those names are). Her character shifts often between reasonably selfish and irrationally childish, which got a little grating this time around.

Hopefully, by next episode, at the very least, Tandy figures out another side of two of that Rubik’s cube…Wait, did I say that out loud? Well, if anyone has to go, I think we can all agree on that one. Let’s just hope he’s nowhere near the gals.