Julien Baptiste is pulled out of retirement in the second season of THE MISSING, when clues about a former unsolved case of a missing girl come to light. Alice Webster disappears in Eckhausen Germany in 2003 and eleven years later comes walking back into town. What happened to her, and where has she been?

The Missing does a wonderful job of starting over with a fresh slate this season. I wasn’t particularly fond of the ending of the first season, and was relieved to find this new season deals with an entirely new case, and characters. Like the previous season, the narrative jumps through time weaving important incidents from the past and present together to dole out just enough information to keep the viewer hooked. Season two takes place in Germany, and deals with the disappearance and abduction of an eleven-year-old British girl named Alice Webster near the military base she lives on in Eckhausen, Germany in 2003. 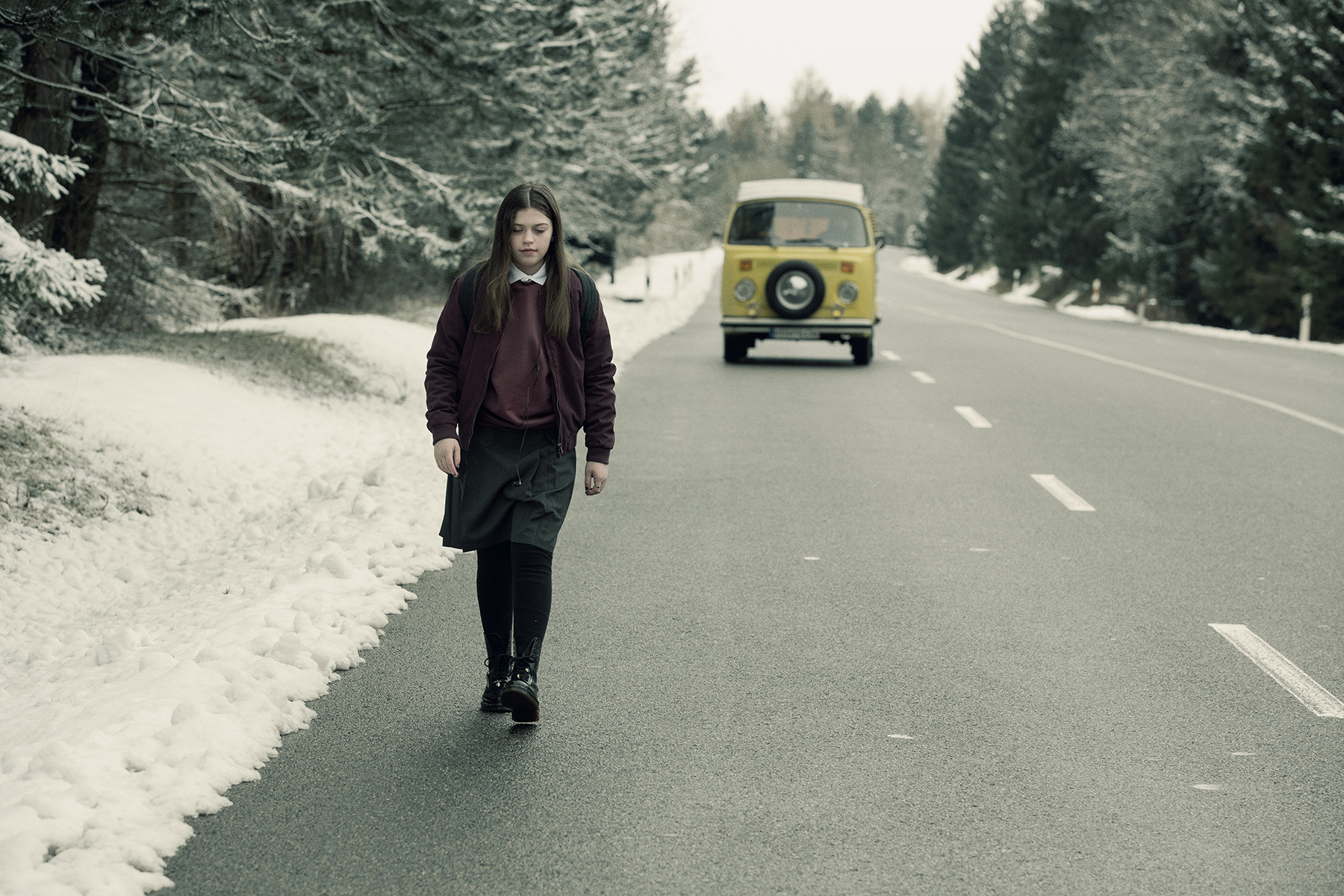 In 2014, eleven years after Alice’s disappearance, she reappears in the same town barefoot and sick, suffering from acute appendicitis and on the brink of death. When an EMT asks her who they should contact, she tells them the name Sophie Giroux, a French girl who went missing around the same time as Alice did. Where has Alice been all this time? She claims to have wandered out of the woods, but has no memory of the exact location of where she and Sophie were held captive. Alice has the same tattooed spider web on her wrist as she did when she went missing, which is how they know it’s her. Soon Alice’s parents and brother arrive in the hospital to be with her.

The only returning character on The Missing is the most interesting one from last season, the French investigator Julien Baptiste (played by Tcheky Karyo). He’s retired after solving the disappearance of Oliver Hughes, and not really comfortable with retired life. Baptiste is restless at home.   His bee keeping didn’t work out, but his daughter seems to have cleaned up and is lives with him and his wife again. Alice’s mention of Sophie Giroux leads Sergeant Eve Stone, the military investigator on Alice’s case, to reach out to Baptiste for any information he has on Giroux. The Sophie Giroux case was one Baptiste was unable to solve, and holds an importance to him because he promised her parents he’d find out what happened to her. Sergeant Stone’s call is enough to pull Baptiste back into the investigation, though she’s less than enthused when he turns up in Germany. 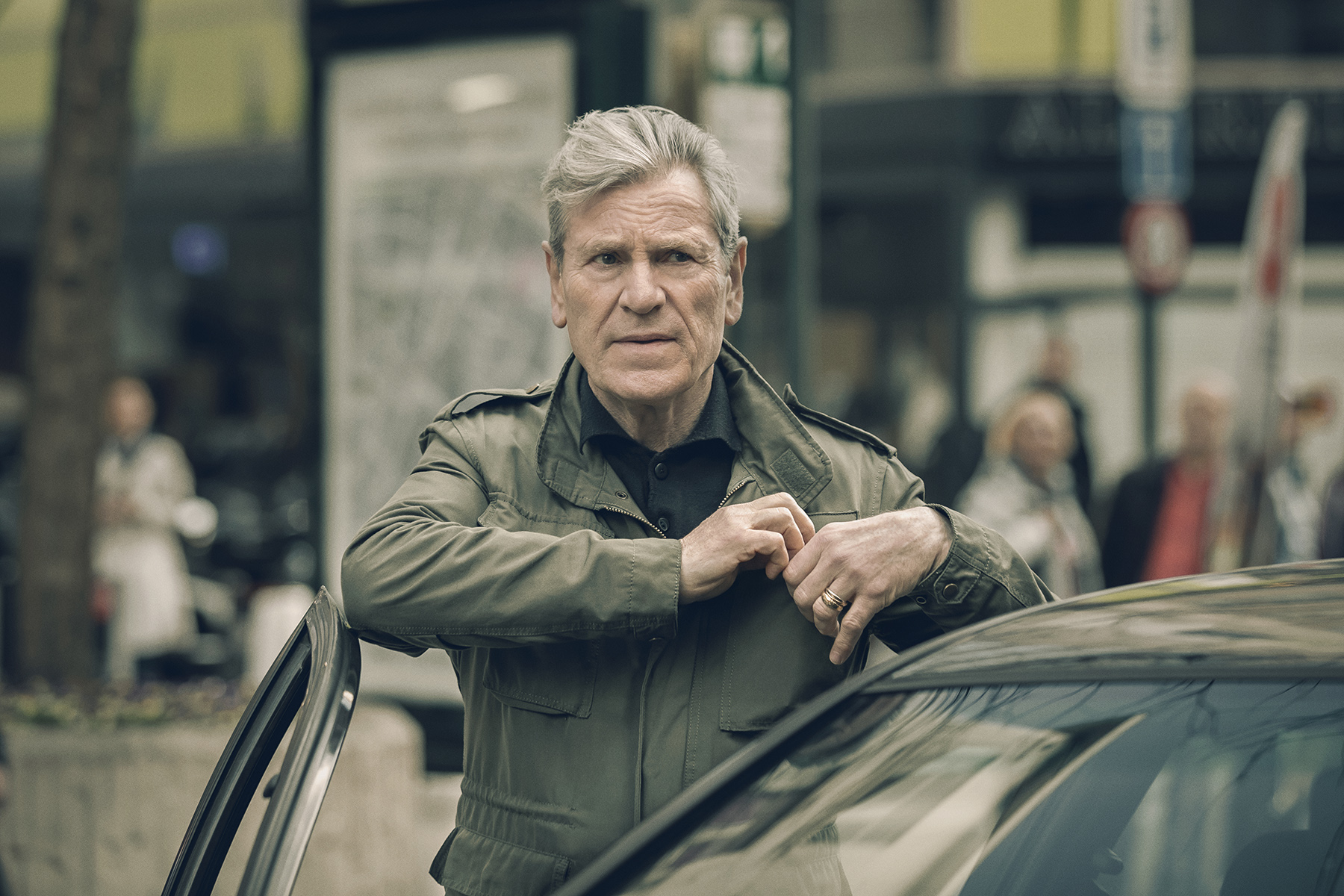 The way the show weaves through time is both interesting and slightly confusing at times. The time periods we see are 2003 when Alice disappeared, 2014 when she returned, and the present where she appears to be dead. Clues are doled out and answers are withheld, leaving the viewer to try to piece things together amongst all of the time lines. The Missing turns its viewers into detectives just like Baptiste as the show unfolds.

An interesting dynamic appears between the German Police and the British Military in regards to Alice’s disappearance and the possibility of Sophie Giroux’s continued captivity. Back in 2003 tension between the two sides, and their inability to work together, may have been the reason Alice was never found. Now that she’s returned, these same tensions appear to possibly impede the discovery of where the girls were being held. Is it possible the abductor works for one of these branches and the obstruction is purposeful, or is it merely a pissing contest between the two sides?

A younger soldier by the name of Daniel Reed cleans up a bloodstain on the floor of his house. It appears he may have something to do with Alice’s disappearance, but we later see him at a funeral for his father. Lieutenant Colonel Henry Reed apparently took his own life, hence the blood stain. Has his father committed suicide around the same time Alice returns because he’s the abductor and is afraid he’s going to be found out? Is it the other way around, with Daniel as the abductor, or did the two work together? Why has Daniel disappeared in Iraq in the present time line, and what does Baptiste hope to learn if he tracks him down?

Why is Alice’s father Sam covered in burn scars in the present, when he didn’t have any in 2014? What happened? Do the scars have anything to do with Alice’s death? Sam’s son Matt blames Sam for Alice’s death, but he also blames himself. What was his role in the incident? Is it why he’s turned into a drug addict? Sergeant Eve Stone is eight months pregnant when we first meet her in the 2014 timeline, but in the present she’s having an affair with Sam and appears to have lost her baby. While Baptiste is searching for Daniel in Iraq we learn two very important things. First, Baptiste is dying of a brain tumor and doesn’t have long to live. It’s why he’s so hell bent on delivering on his promise to the Giroux family to solve Sophie’s disappearance. Secondly, both Baptiste and Gemma Webster believe the girl claiming to be Alice Walker wasn’t her, but was really Sophie Giroux. 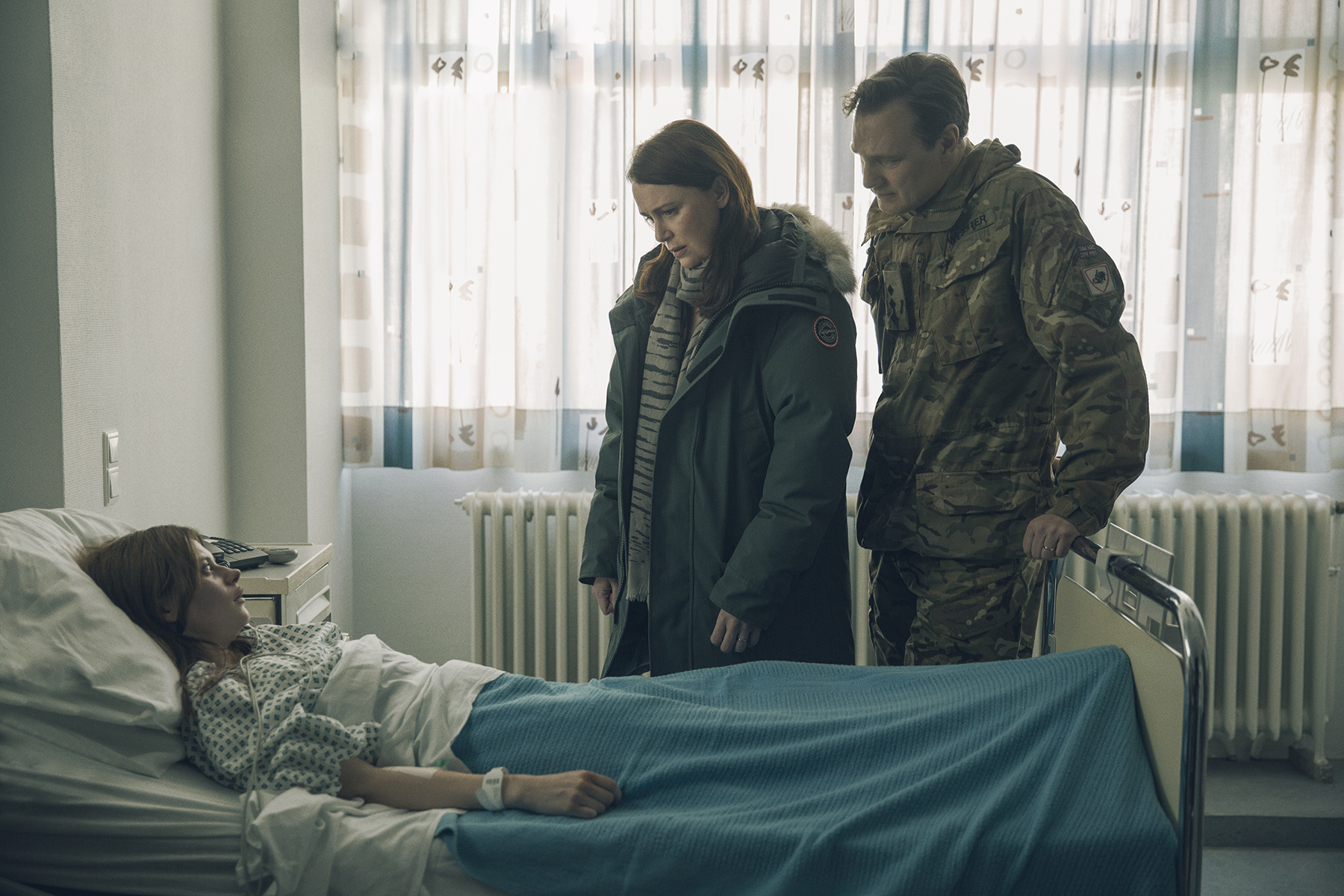 How could Sophie come back as Alice and convince everyone? All it would take is for the two girls to look similar enough that after eight years no one would really question how much they’ve changed physically. The wrist tattoo could be added at any time. If the two girls were held captive together for such a long amount of time, they’d surely talk about their lives to the point where either one would know the others life like the back of their hands. It’s like a modern version of the Richard Gere film Sommersby, or even the same way Dick Whitman became Don Draper in Mad Men, turning his back on his old life to be this new person with a clean slate. The imposter is believable because of the passage of time, and their knowledge of the past. How does “Alice” give away she’s not who she says she is? We’ll find out.