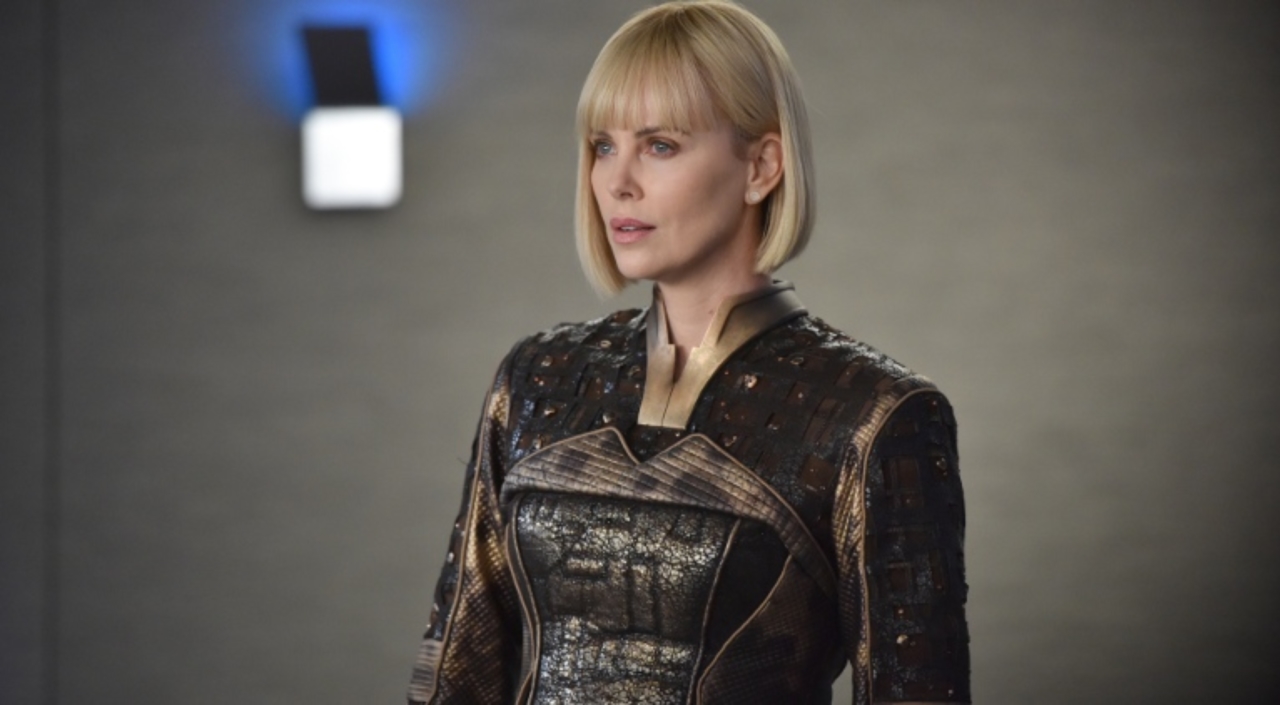 THE ORVILLE desperately tries to seek meaning in each episode to the point that nothing really has meaning, it’s just stereotype and cliché. I’m not sure where characters stand or who cares about who. I can sort of tell that Kelly feels guilty and wants Ed to like her, but outside of that – no idea. There has been a stark jump in quality from the first few episodes to the last two, but The Orville still struggles to deal with the little nuances that made prior iterations of Star Trek stand out. I still don’t understand the commitment this show makes to outdated references even for today. They’re not jokes – they’re just references. Like how the episode opens with Seinfeld and then the “Junior Mints” scene is referenced as a plot point. Really? Why does this show take place 300 years in the future, if every reference is before the dawn of the 21st century?

The crew find Pria (Charlize Theron) in need of dire help. She says she’s from a mining coalition but there is no way any of that is true. She also says she wants to get with Ed, but there’s no way any of that is true either. Seth MacFarlane loves to roleplay that Charlize Theron is into him to the jealousy of every other girl around him. It’s not enjoyable to watch, but it is fascinating. Why does he keep doing this and why does she keep saying yes? Somehow, we go from, “Hey thanks for saving my ship” to “Hey thanks for kissing me” to “Hey thanks for having sex with me.” It doesn’t add up, even in a comedic way and when it’s revealed that Pria was using Ed, it’s like, really? She slept with you just to sell your ship as an antique to some disembodied alien? OK.

Yaphit is the best character. He’s a snot puddle voiced by Norm MacDonald and he makes absolutely no sense, but he’s there and he’s great. Outside of that, no other character is much of a character. Alara is young, Kelly is needy (but also professional), LaMarr is black, Bortus is stoic, Malloy is an idiot and Isaac is not racist. These aren’t characters as much as they are stereotypes to give Ed the center stage to mask the fact that he adds nothing. It’s frustrating to see a show with such potential take the easy road over and over again. They don’t try to push for jokes or even plot. The payoffs are scant compared to the predictableness. Last week’s episode was the first time I felt like there was a character worthy of a sci fi show. This week, Pria seems to be a vehicle to remind us that Ed is attractive. 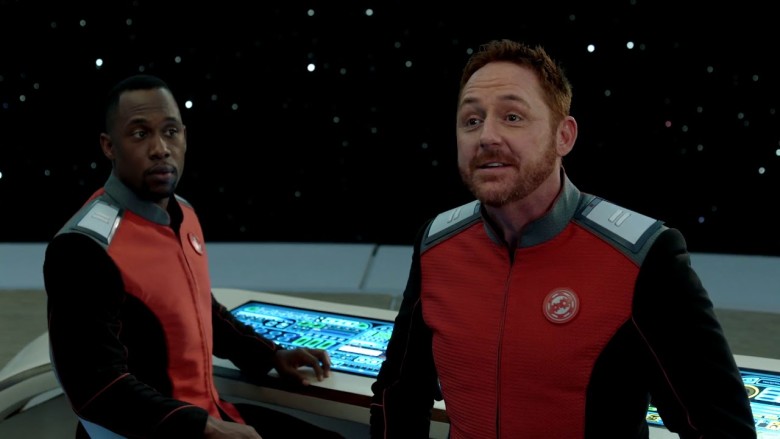 Can we talk about the irony of Pria’s entire existence in the face of this show? So, after hooking up with Ed, she eventually reveals that she’s not a miner, but an antique dealer from 300 years in the future who has her eyes on this ship. At one point she teleports onto their ship and Ed says, “I’m happy to see we have teleportation in our future.” At another point Ed tells her to go to hell and she doesn’t understand what that means. And yet Pria references Amelia Earhart. Let’s break this down: So, this show, which is 300 years from today, actively references Cyndi Lauper, Real Housewives of New Jersey and Kramer dropping candy into a man’s body during surgery. But 300 years in the show’s future, humans have no idea what “Hell” is. Hell, and specifically the phrase “Go to Hell,” which has been in use for some 1500+ years, suddenly drops off the face of the universe, but Amelia Earhart, someone that half of the world has never heard of, is timeless. Don’t come for me in the comments unless you’re ready to discuss this.

It’s not that this show is bad. It’s so much better than the first few episodes. I don’t even care about the lack of jokes, or it’s weird dramedy schtick. I just don’t understand how people look at this and see anything but the lazy way out. The Orville is not serving us anything we haven’t seen before: it’s just mashing two genres together. Everything on this show is ripe for a punch-up, and I’m not sure how the script can say: “Ed does something cute” and they get away with that. It’s disappointing to see something that could be great settle for mediocrity. In a lot of ways this show is written for people who follow Family Guy still, and find humor in mashups. Because that’s all this is. Take space + 90’s = The Orville. 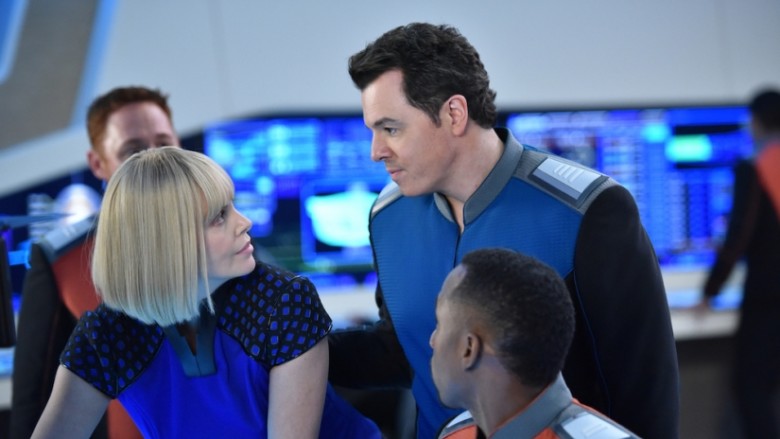 I think it’s safe to say that in a B-Plot that involved Isaac “the not racist robot” Robot and humor, we’re never going to get a racist robot. Maybe this was a studio note, or maybe they defaulting to some easy racist jokes that would come off as nothing but offensive. I don’t want it to seem like I’m arguing for racism on this show, I just thought it was the best part of the pilot! Racism amongst Earthlings is pretty terrible, but a robot being racist to a human – that’s funny! Instead we were treated to a scene where Isaac where’s Mr. Potato accessories on his face, because that’s comedy in the 24th century.

The Orville will never be a great show until they commit themselves to understanding their own world and what that means. If they wish to keep using 90’s references, they need to explain why, and have a real reason behind it. If they want the science to take a backseat, they need to focus more on character and interaction than sci fi plot. If Seth MacFarlane wants to cast his ex-girlfriends, he should’ve cast Emilia Clarke instead because she’s so hot right now. Don’t @ me.