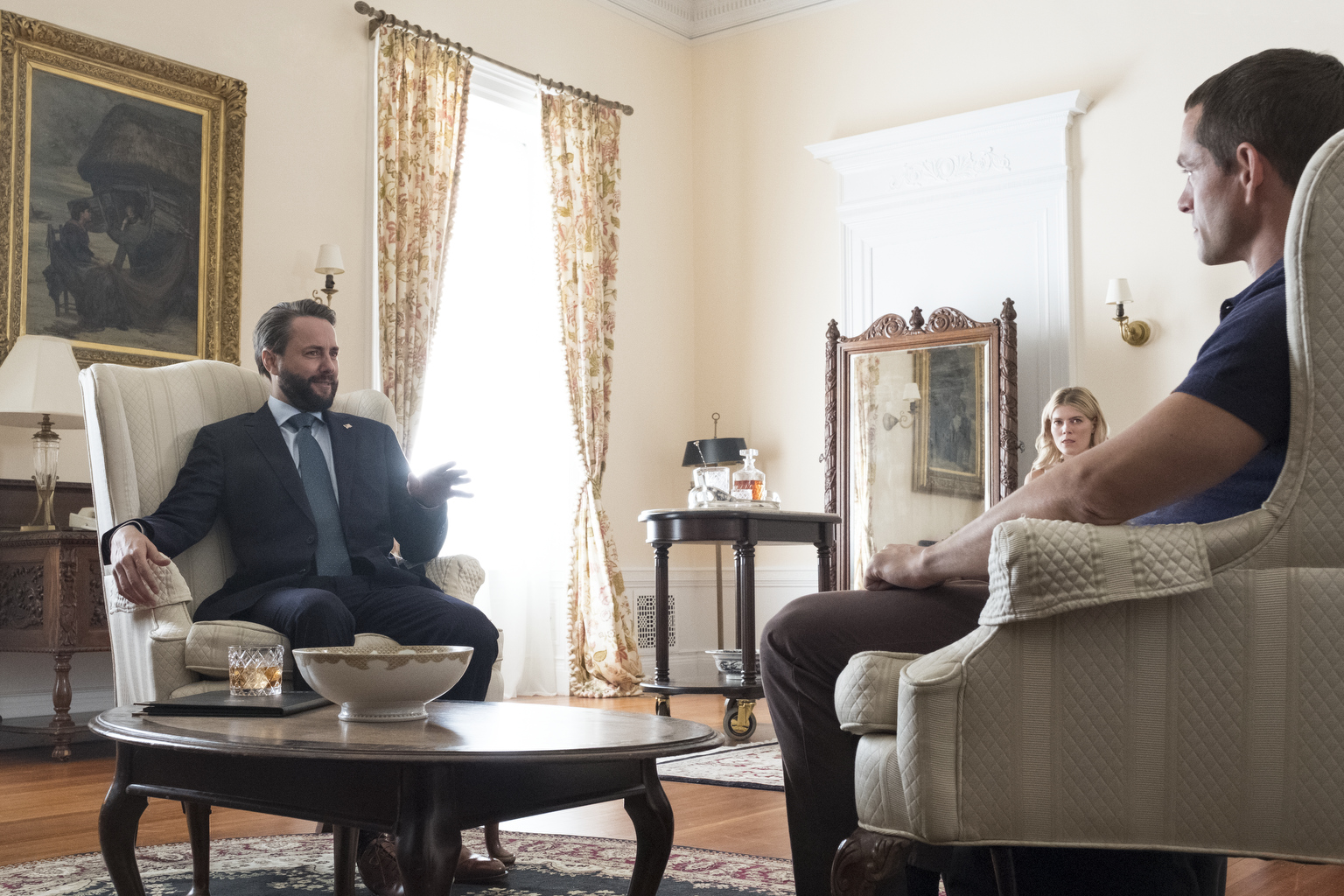 Vera and Eddie have had a complicated relationship from the very beginning.  She started out being a double agent working for her mother Lilith, spying on Meyerism and guiding Eddie to do the things her mother wants in order for Lilith’s doomsday cult’s plans to come to fruition.  Vera’s own relationship with her mother is complicated, and also dangerous.  It took Eddie firing her as Meyerism’s secular liaison to help her realize she was stuck in an unhealthy spiral when it came to the nature of their mother/daughter bond.  Her feelings for Eddie also threw a wrench into things, as she was torn between her growing affection for him, and her desire to please her mother. The question is, when she turned her back on her mother, and instead turned to Eddie for guidance to help her become a Meyerist, was she done with her mother and the doomsday cult for good?

In order to be a good person, and a good Meyerist, Vera demands Eddie and Cal allow her to take a test called The Ode that’s no longer administered.  Eddie relents, and an interesting thing happens while Cal tests her.  We’ve known Cal recognized the burn scars on Vera’s back before, which means he has an inkling of who she really is, but it isn’t until Vera recounts her happiest memory as a child that things really sink in for Cal.  He quickly realizes he’s the boy Vera mentions in her memory.  The grew up together a long time ago.  Cal’s shut out memories of the abuse, both sexual and mental, that Steve unleashed on him, and the more he hears, the more they come flooding back.  By the end of the test, he’s shaking like a leaf, completely unnerved by the revelation.  What kind of things did Vera and Cal experience?  Did Steve abuse them both?  Does Vera know Cal is the boy from her memory? 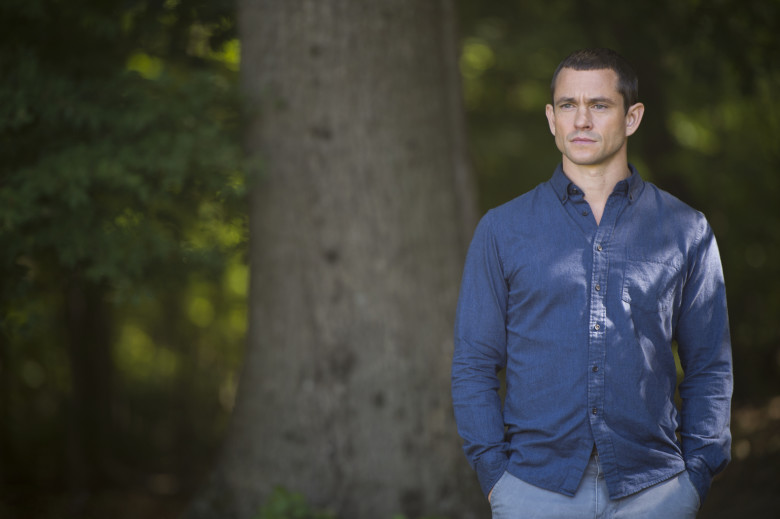 The news that Sarah has left Meyerism spreads throughout the community, shocking people who’ve known her all of her life, including her mother and kids.  While Sarah struggles for the truth, and finds Lilith hoping she’ll reveal the truth to her, Sarah’s own mother moves into her house in an attempt to win her back to Meyerism.  Her mother’s plan is both touching and creepy, especially given how we’ve seen Meyerism pressure people to remain in the movement in the past.  It’s further complicated by the fact her mother says she speaks to Sarah’s dead father every night.  Is the dove in the window her mother claims follows her and visits her everyday truly the spirit of her dad?  She both desperately wants to believe it and rejects the notion at the same time.  Losing her religion has been incredibly hard on Sarah, which is why she so desperately wants to find some kernal of truth.

Cal is not only rocked by memories he’s suppressed from his childhood, but he’s also torn when it comes to his allegiance to Eddie and Meyerism.  There’s a part of him that constantly craves power and attention, which makes his fall from the top of the church hard for him to bear.  Mary pushes him to gather his own moneyed followers together to eventually splinter away from Meyerism and start his own church.  There are moments he’s totally on board with this idea, but then there is the growing closeness of himself and Eddie that pulls him in the opposite direction.  It seems Cal is a walking contradiction, unsure of what he really wants.  Mary’s insistences lead Cal to begin seeing a Congressman (played perfectly by Mad Men’s Vincent Kartheiser) who’s been riddled with sexual misbehavior allegations.  Cal effortlessly undresses the Congressman’s defenses (both literally and figuratively) and then passes him off to Mary to handle.  Mary seems out of her element momentarily, but soon has the Congressman in the palm of her hand, completely cutting his defenses to the core. 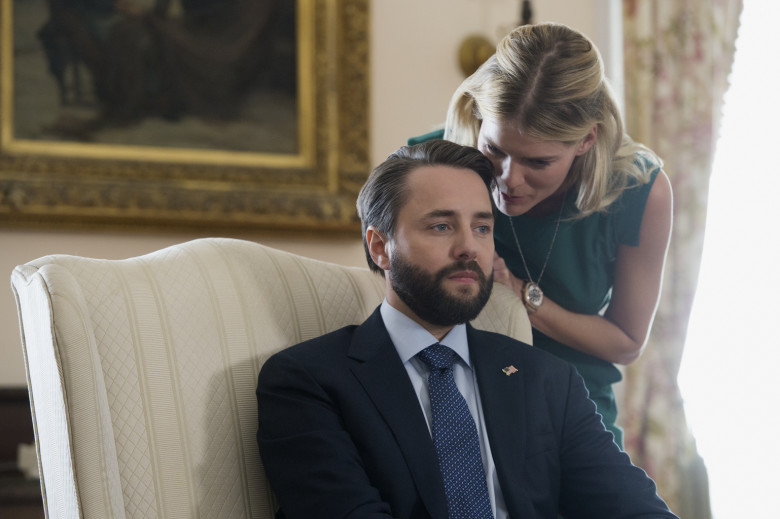 It’s been a long time coming, but Vera and Eddie finally connect intimately.  It’s what she’s wanted for a long time, but it’s curious how she could sleep with someone while keeping the secret of her mother’s intention of seeing Eddie murdered from him?  There’s a part of me that hopes she’s turned a new page, and will tip him off to Lilith’s intentions, but I’m also skeptical she’ll do the right thing.  She’s been under her mother’s thumb for so long, it’s hard to see her break away being permanent.  Eddie now has Vera on one side, and Cal on the other.  It could be a dangerous position to be in if he isn’t careful. 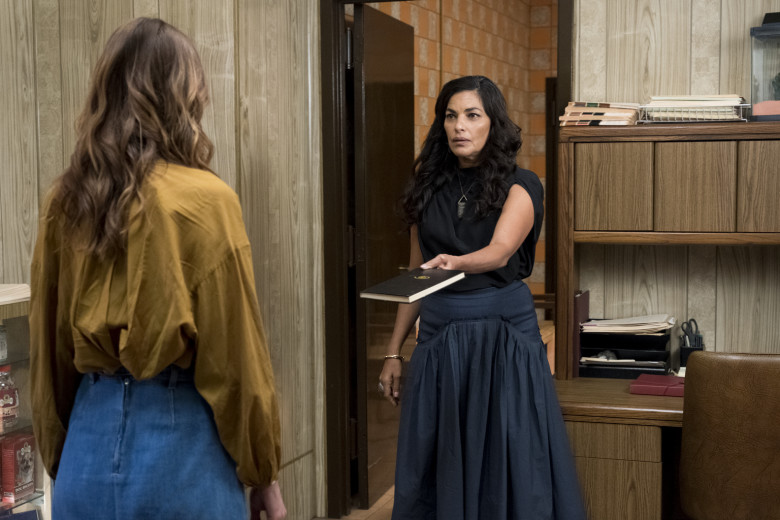 After turning her back on Lilith after their first meeting, Sarah finds herself drawn back in.  Lilith offers to show Sarah the vision she had as a young girl that Steve perverted into the Meyerist movement, and Sarah agrees.  During the ritual Lilith burns Sarah on her back with some kind of drug laced incense stick, which soon enables Sarah to see the violent, apocalyptic meaninglessness of Lilith’s vision in which there’s no hope for humanity and the world burns.  Will Sarah buy into Lilith’s version of the religion, or will she reject it?  I’m afraid Lilith may end up using Sarah much in the same way she used her daughter Vera.