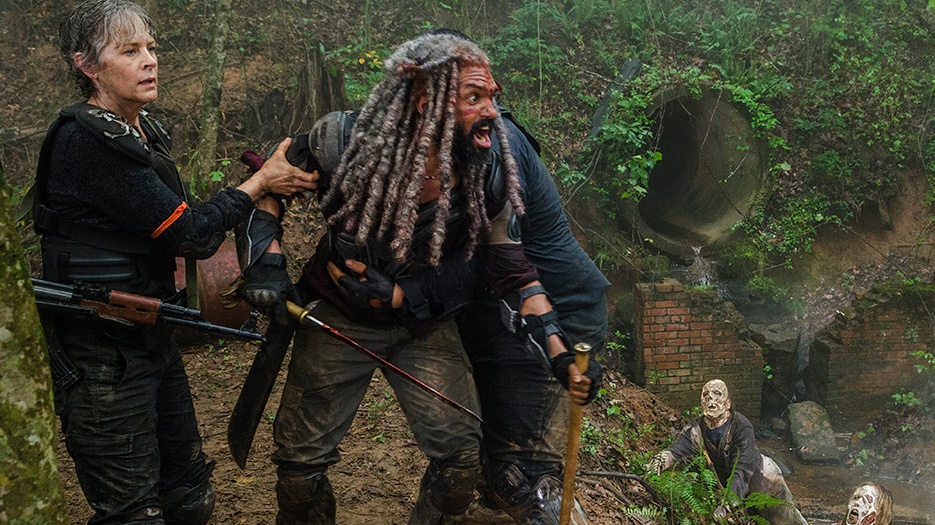 The Walking Dead unleashed a hero-heavy action story with a bit of tragedy, perfect for honoring veterans, with “Some Guy.” These guys deliver so much great TV it’s easy to forget to give them credit for their accomplishments. “Some Guy” is another award worthy episode. The story revolves around King Ezekiel after his attack force gets shredded by the machine gun. Most of the episode revolves around three characters, The King, Jerry, and Carol.

There are a few flashbacks with Carol and Ezekiel before they march off to face their list of Savior targets. Ezekiel confesses he’s had more practice than actual combat experience but he’s mentally ready. He tells Carol he faced a similar situation when he jumped into the tiger cage to save Shiva years before. This episode sails on top of a deep understanding of what it means to be, and lead people, in combat. Some people can properly assess how they may handle themselves when bullets starts to fly. It’s a much different story when the lives of others depend on your decisions and your trigger. Carol plays the combat vet, she knows he’s in over his head, but also knows his head is where it needs to be. 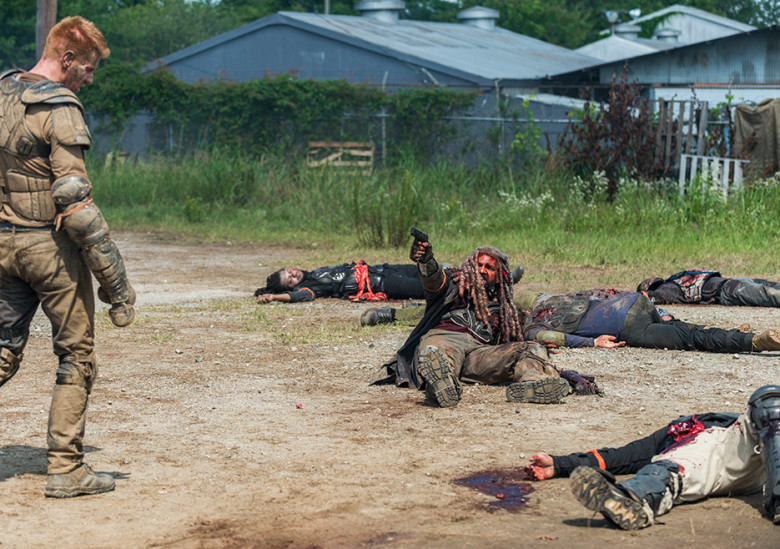 Ezekiel survives the ambush under a pile of friends that protect him from the deadly gunfire. His leg is wounded and it’s difficult to scoot out from under the weight of the bodies, people he cared for. Also, some of them are starting to turn. Ezekiel gets to his feet, but he can’t outrun the walkers. One of the Kingdom survivors finds Ezekiel and helps him escape the walkers until Gunther, a nasty little Savior, shoots him. Gunther recognizes Ezekiel. He knows Negan wants to chain the King, Rick, and the Widow to his fence. Gunther picks Ezekiel up and they search for a vehicle to drive back to Sanctuary. Ezekiel can’t tolerate the idea of being used against more resistance fighters. He fights Gunther, but Gunther has the upper hand. Eventually, Ezekiel just drops to the ground and refuses to move.

While Ezekiel’s dragging his feet, Carol sneaks up on the machine gun crew. Besides the machine gun, they have a whole stash of weapons and ammo. It’s the collection Rick and Daryl were looking for last week. She wipes out the team as they head for the door with the big gun. Then, Carol faces the B-team. There’s more of them and they’re slicker than the team she already killed. They chase her outside and load up the weapons hoping she’s afraid to face them. We know she isn’t. Carol reloads her mags and steps out to take them down, but there’s another security team she didn’t know about. Both sides keep Carol pinned down under heavy fire. She throws her pistol out and tells them she wants to surrender. 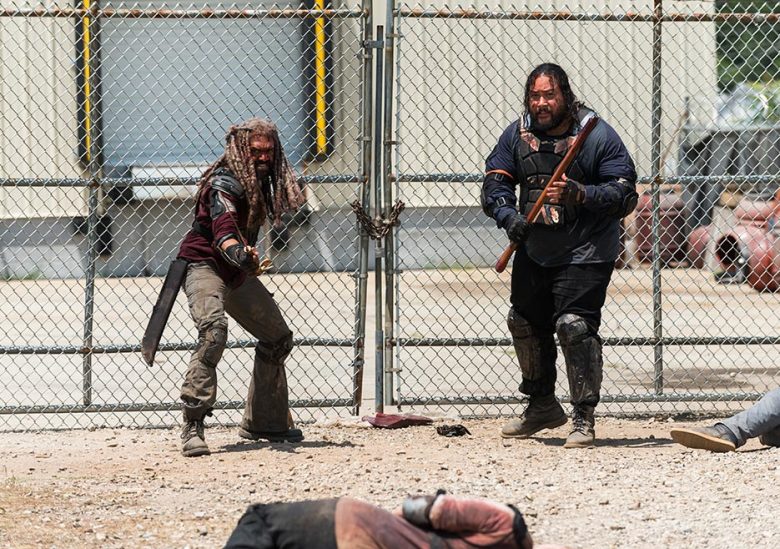 A Savior goes in to make sure she isn’t hiding any weapons and she quickly reverses and takes him hostage, using him as a shield. The other Saviors open fire, but it gives Carol enough time to hit the button that opens the gate, letting more walkers in to attack them. Now, they have to fight on all sides and Carol picks up more ammo from their dead buddy. Soon, she has them pinned between the walkers and her barrel.

Gunther realizes he won’t be able to get the King back alive. He taunts him a little but Jerry Han Solos in and axes Gunther in half before he can hurt Ezekiel any further. Of course, Ezekiel is happy to see Jerry, not just because he saved his life, but the weight of so many dead is still crushing him. He tells Jerry not to call him the King anymore, but Jerry can’t stop. He also can’t break the chain keeping them fenced in with the walkers. They both refuse to leave the other to face the walkers alone, but neither has the strength to kill them all. 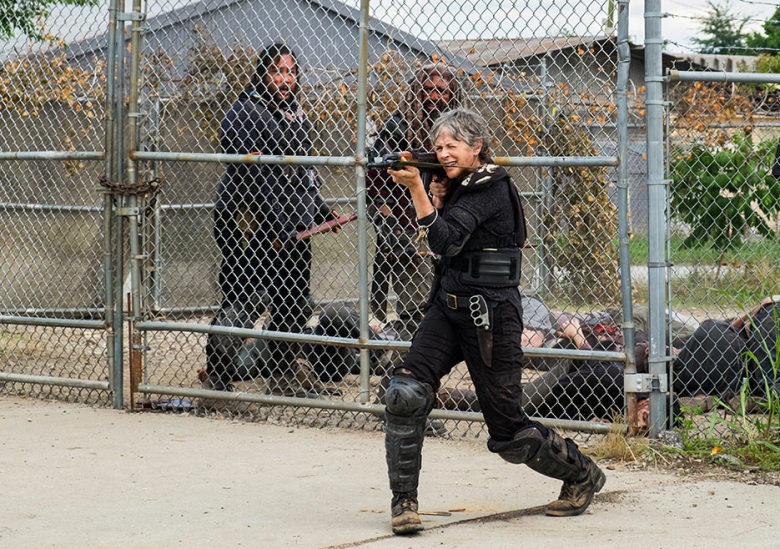 Carol has to choose to save Ezekiel and Jerry, or stay and kill the last few Saviors with the hummer full of weapons. She chooses Jerry and The King. Again, Ezekiel is afraid those guns and ammo will be used against more of their people, but then you hear the sound of Daryl’s bike go by. She assures Ezekiel the guns will never make it back to Sanctuary. They gave Rick and Daryl a great little chase sequence. The Saviors in the hummer open fire with the machine gun, Daryl goes off the road but Rick keeps going. Daryl returns later to help Rick run the hummer into a ditch. They get the weapons.

Carol, Ezekiel, and Jerry make it back to The Kingdom, but not before Ezekiel loses Shiva to a herd of toxic waste walkers by a muddy stream. There are still many people that need his leadership, but he’s hobbled by the burden of so many losses. If it were easy, anyone could be the king.