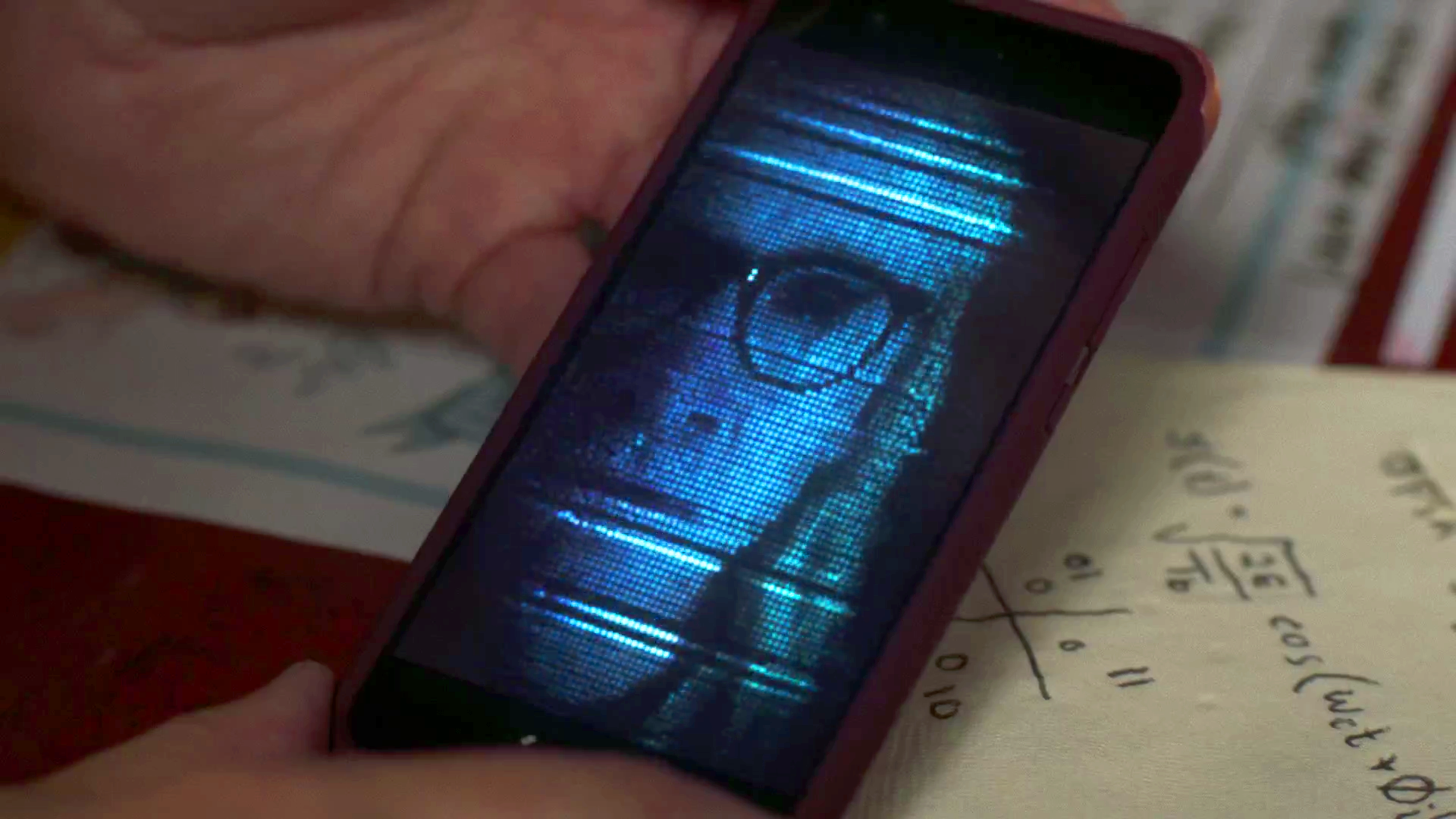 Congratulations to “This” for being one of the most boring episodes of X-Files ever. I know they were trying to have world-altering stakes and deep, relevant political intrigue, but overall the story falls flat. The consequences aren’t actually bad enough to care whether our agents succeed or not, and only Langly’s face is worth any emotional investment. Even there, Langly isn’t really in danger, he doesn’t really have a message for the protagonists, and there’s not anything for him to do. I can’t even be happy to see his face because, come on, friends. He’s been dead for a long time and I can’t care anymore.

The X-Files used to be the stick against which I measured all others. Woe betide a show that used a plot device or genre twist that this series had done first without giving it its own spin, and this show was on for so long and so long ago that they’d done pretty much everything. Even if I were to still only use the original series as the benchmark, X-Files already did an “our consciousnesses live in the internet forever” plot. It was written by William Gibson in the ‘90s and it’s one of the most amazing things you’ll ever see (5×08 “Kill Switch,” enjoy). This show already showed itself up like twenty years ago. Even if “This” wasn’t so unfortunate as to suck in comparison to something the series has already done, people uploading themselves into computers is a fairly stock device at this point and this episode has nothing at all to add. Agents of SHIELD did it perfectly, Black Mirror has done it like twice or more–I don’t even watch all that many shows and I can tell you that most of them at least try to have some kind of moral or point of interest. Not this. I think one of the things working against this show’s revival is that science fiction has gone pretty mainstream lately, thanks in no small part to The X-Files itself. That said, “oh my god, QR codes and computers!” isn’t enough to make an episode innovative or interesting anymore. Having sci-fi markers isn’t enough, and the line between speculative fiction and reality has closed too quickly for all the old fogeys working on this show to keep up. 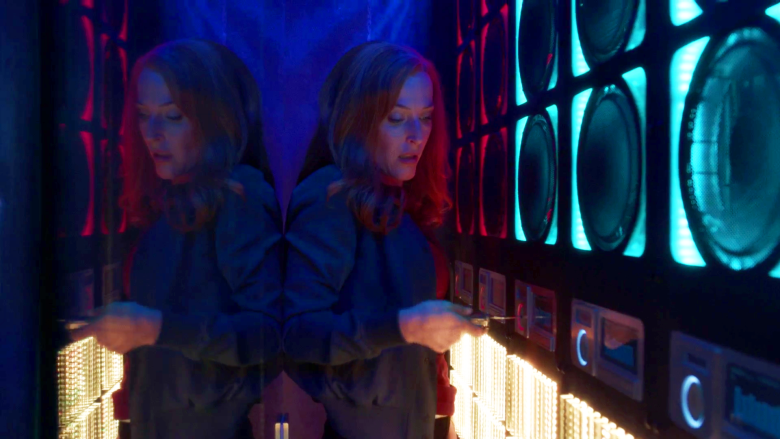 The conspiracies in X-Files are now almost comically passe. The thing is, the banality of evil in real life just makes all of the elaborate plotting, scheming, and secrecy seem absurd. Real evil doesn’t plot that much; they just bumble around like morons and cry when their toys break. For one thing, the current political administration is hyper-partisan and not fair game for fiction in the same way that previous administrations were. If you try to make a point that the White House is justified in distrusting the intelligence community then you are making an extreme political statement and forcing your characters to be complicit in a whole lot of politics and propaganda that’s probably not intended. It’s weird to see Mulder and Scully of all people suddenly be propped up as mouthpieces for the conservative agenda. Even the whole “Russians hired as intelligence consultants” thing is both stupidly too on-the-nose and trying too hard to be edgy. It’s like the show is trying to make a statement but doesn’t have anything to say anymore, so the messaging is all confused.

I’ll also never understand why these two numbskulls are constantly distrusting Skinner. Skinner has never betrayed them, has put his life and career in danger for them for twenty-five years, and is always on their side. Frankly, their distrust of him is annoying and just makes both Mulder and Scully read like paranoid freaks. Which is what they are. Honestly, if you rewatch the X-Files without an enamored view of Mulder he’s just a nut that they shoved in the basement and that’s fine. Accepting Doggett and Reyes into your heart also helps lend credence to the “Mulder is just a crazy person” perspective. Through all of that, Skinner has always been on their side and yet they still treat him like the enemy. I think I’d find it more satisfying if he just said “screw you both” and threw them to the bad guys at this point. Then at least they’d be out of his (cough) hair and he wouldn’t have to babysit them anymore. 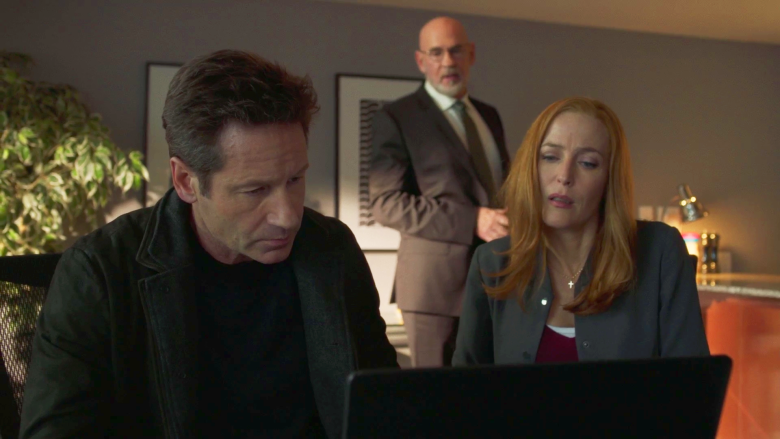 And, I mean, listen: if we’re going to keep resurrecting people can’t we just forget all this other stupid stuff and bring back Alex Krycek? Of all the long dead beloved faces he’s the only one who it might be worth it to see again. Plus! If you’re going to do a stupid ham-fisted “Russians!” plotline, Krycek would be the ideal guy to bring back for that! I mean, sure, he got shot in the head on camera, but this show has expected us to believe more outlandish things than coming back from a headshot are possible.

I’m sad because this isn’t even bad enough to be mad about. It’s just boring. It’s cardboard, shredded wheat, processed cheese. There’s nothing here except a few eye rolls. It’s not even pleasant to see old familiar faces–it’s just dumb and a waste of time.