Voiello concocts a plan to put Lenny in his place on THE YOUNG POPE, but will it work? The Kurtwell incident finally gets Lenny’s attention, and the Cardinals continue to wait for the new Pope to address them so they may leave Vatican City. Lenny has big plans to purge the church of sin, but will anyone be left when he’s finished?

The thing about Voiello is I believe Lenny underestimates him. Though Voiello is a politician to his core, he would do anything to defend the Holy Church from enemies both within and without its confines. This includes the destruction he fears Lenny is about to bring on the Catholic Church with his strict conservative approach to things. So far Voiello has poked and prodded around, searching the elements of the past where he may be able to find a vulnerability or soft spot in Lenny’s defenses to exploit. It’s from a conversation with Guiterrez that Voiello constructs the foundation of the plan he begins to set in motion. 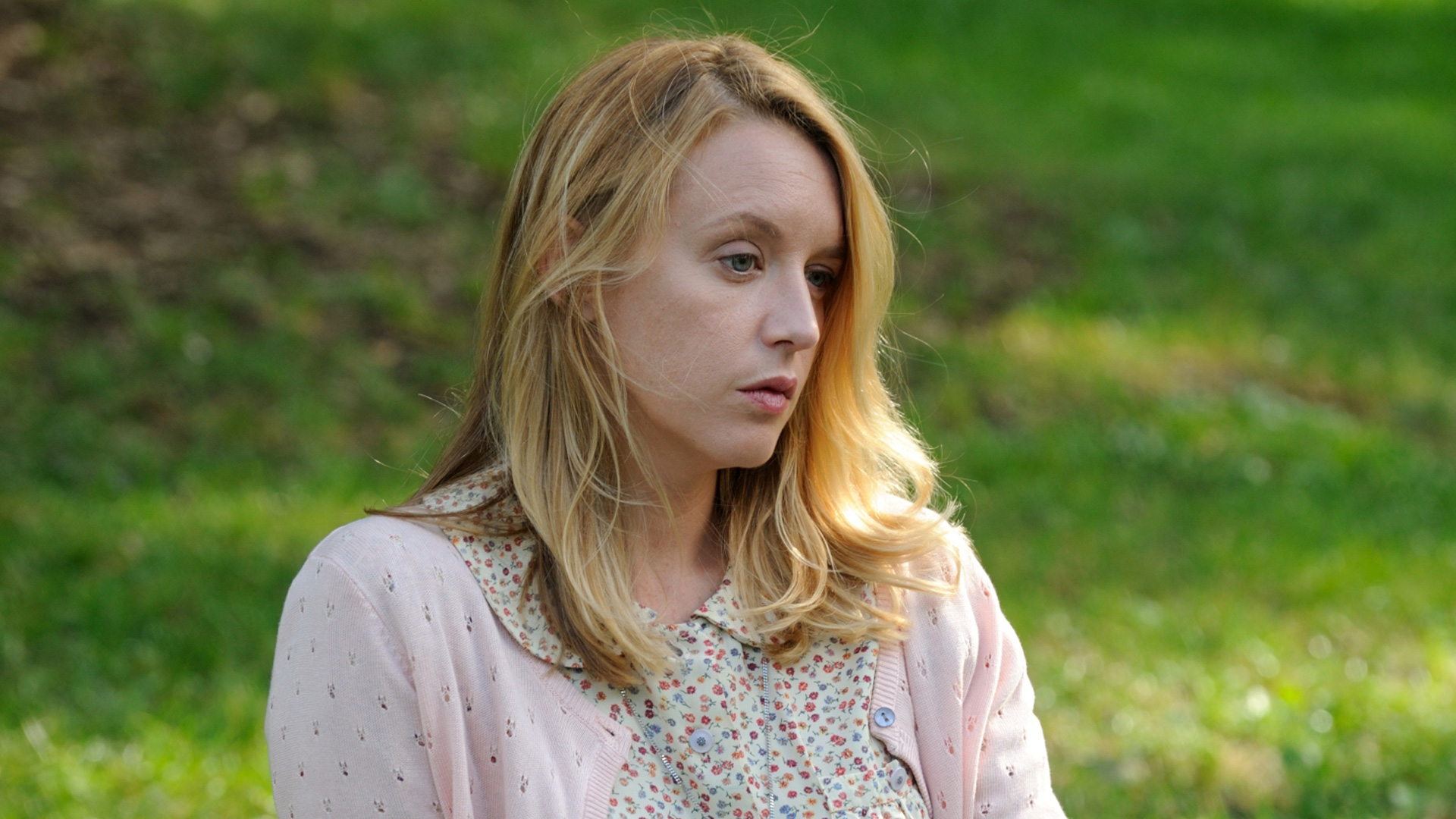 After coming to the attention of Lenny in the last episode, Esther becomes another of the small group of confidants Lenny has. How he chooses people is hard to tell, but he does have a knack for picking people as broken as himself to surround himself with. Esther is married to Peter, a member of the Swiss Guard, but they both are sterile and unable to have children. A child is the one thing Esther wants more than anything. Because she’s unhappy, she’s had an affair in the past with Father Valente, the Pope’s assistant, and it’s this sin that Voiello finds out about and exploits.

Lenny is not one to follow protocols as we’ve seen ever since he ascended to the papacy. The Cardinals are still waiting for him to address them, and they cannot leave Vatican City until he does. In a sense, he’s holding them all hostage. Is there a reason he does this, or is it only to flex his muscles as Pope to let them know they are powerless before him? It’s hard to tell. In some ways it seems Lenny can’t be bothered with the things he’s supposed to do as Pope. When he’s told he’s scheduled to baptize the children of ten European families, he’s annoyed at the inconvenience of it. 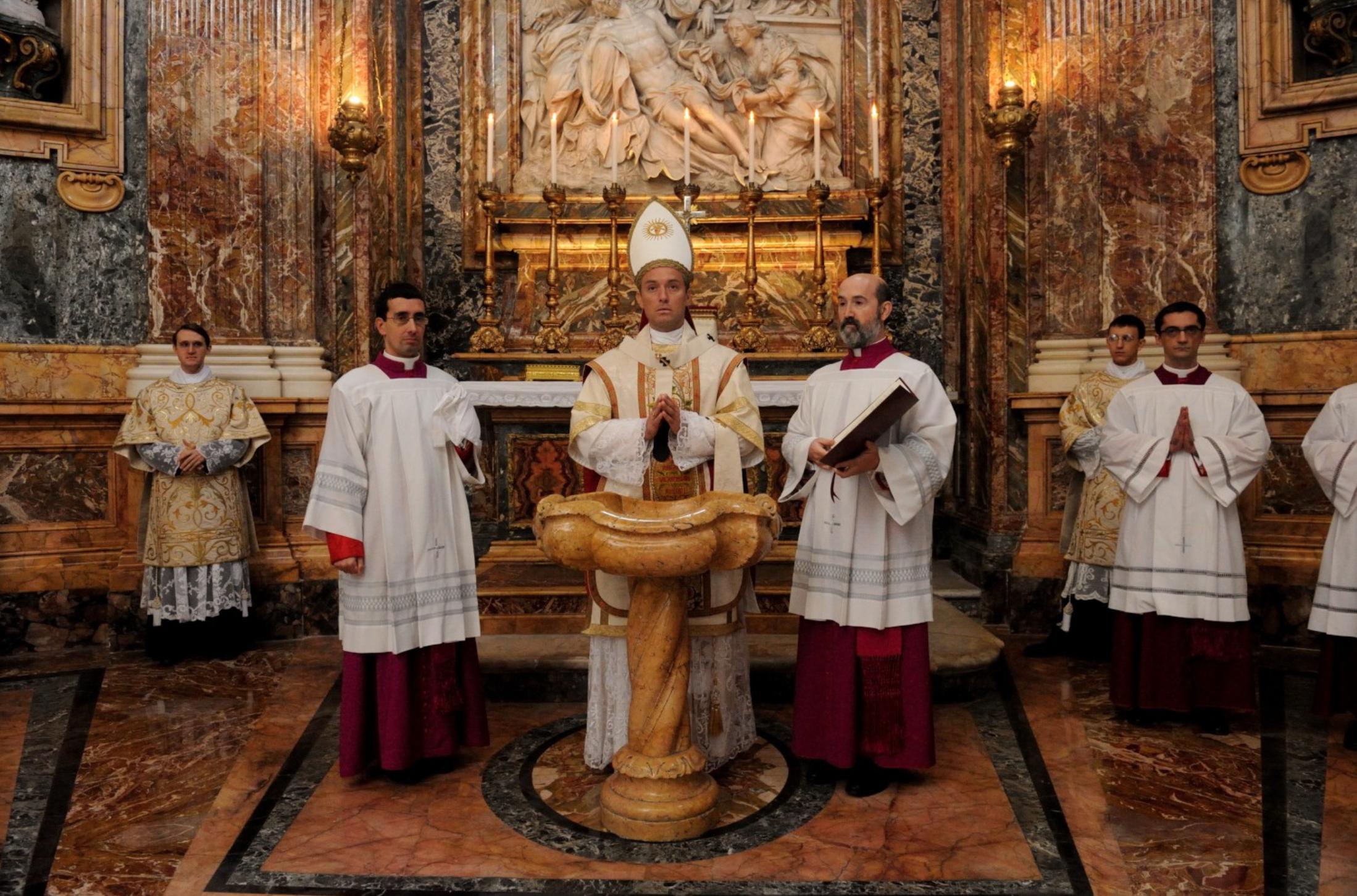 There’s a moment when Lenny and Sofia watch the reception the Cardinals give to the Prime Minister of Greenland and her gay assistant before he meets with them. A large group of Cardinals fawn over the assistant, hanging on his every word, while only Voiello pays any attention to the remarkably beautiful Prime Minister. A decision is made at this moment. When Voiello next pushes him to act on the Kurtwell problem, Lenny decides the Catholic Church will purge all pedophiles and homosexuals from the Church at the same time. Though Voiello explains the two things are not related, Lenny disagrees saying they are both sins and against Church law. Even though Voiello tells him possibly two thirds of the Vatican City are homosexual and it’s a terrible idea to go down that road, Lenny persists. 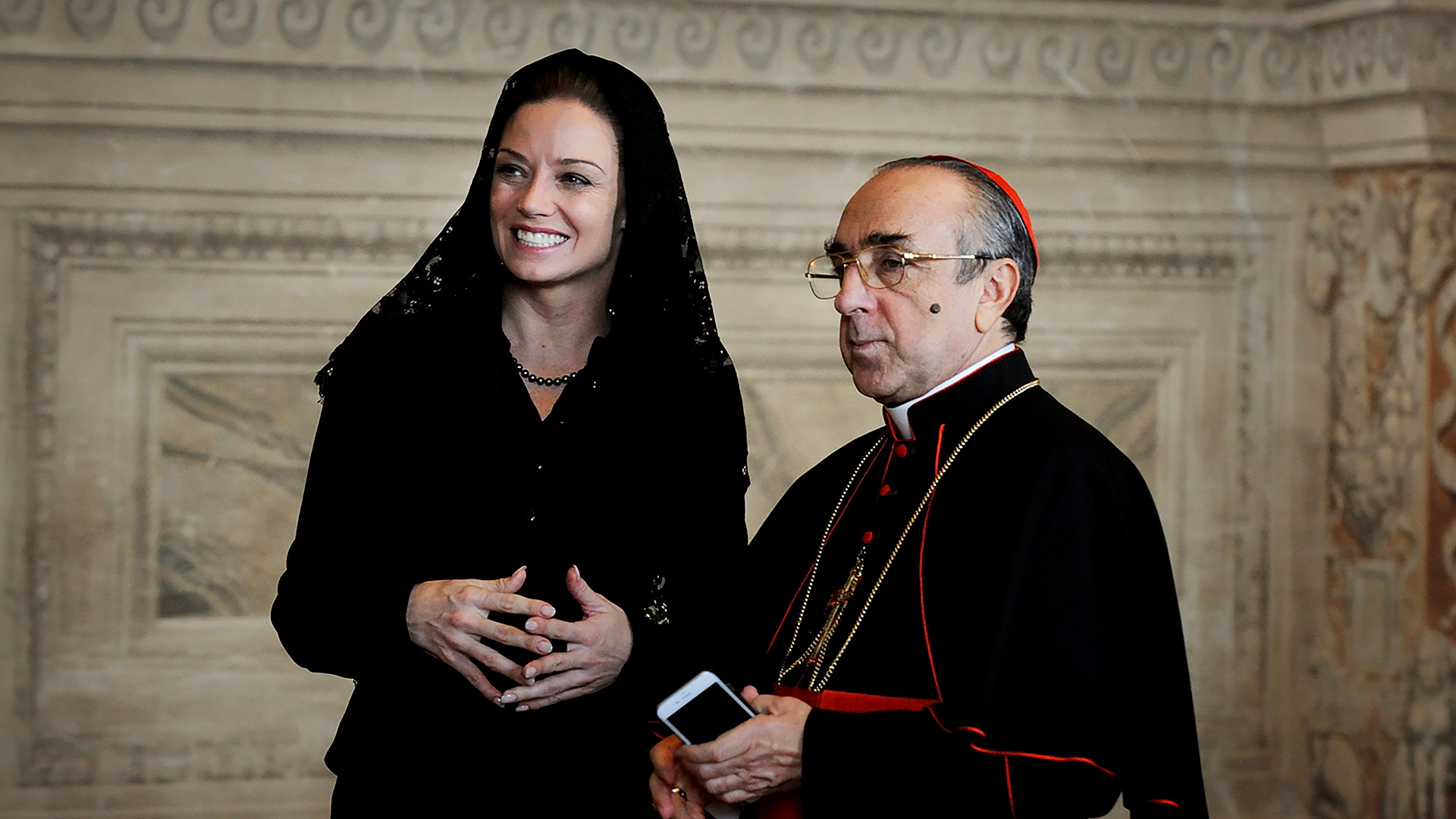 Voiello has to regain control of the situation in some way. Lenny is destroying everything he holds dear about the Church, so Voiello holds Esther’s past indiscretion over her head. He will not tell anyone about her affair, even her husband, but in return she must do him a favor. She has to seduce Lenny. Amatucci, Voiello’s confidant, has a knack for lip reading and spying, and has been following Lenny and Esther when they meet. He’s learned Esther reminds Lenny of the only girlfriend he ever had, but she is much more beautiful. There’s clearly a connection between Esther and Lenny, but they’re both so awkward it seems unlikely they’d ever consummate such a relationship. Esther is a strange girl, and though she tries, and seems to really have those kinds of feelings for Lenny in her heart, she’s unable to tempt him enough to give in to his passions. He knows her innermost secret. She wants a child more than anything, but is unable. He encourages her to pray to Mary to intercede with a miracle to help her out. While they are praying together she insinuates she wants to give herself to someone other than her husband (him), but Lenny gracefully cuts her off before she can vocalize the admission. Voiello grows frustrated with her, and pushes her even harder.

Lenny likes to walk the gardens at night to clear his head, but on the way back to his palace he walks past Esther’s place and sees that her husband Peter has her up against a window having sex with her. He watches for a moment, can’t take his eyes off of her. Lenny drops to his knees out of sight. He’s a voyeur to their lovemaking, and it seems he’s aroused by it. For a moment I thought he was going to masturbate, but instead he prays to Mary, demanding she give Esther and Peter the child they want. He gets back to his feet with tears in his eyes, and Esther notices him. They lock eyes, and though there’s nothing sexual taking place between the two of them, it is a moment as intimate as sex.

Will Lenny fall for her seduction and give himself to her, or will he abstain from something he clearly wants? Will he become a hypocrite and fall into Voiello’s snare, or triumph over it? With Guiterrez now appointed in charge of the Kurtwell investigation by Lenny, will Guiterrez collapse to alcoholism in a weak moment? He’s only left the Vatican twice, and is full of fear and anxiety about this new responsibility. Will he make a mess of things, or will he rise to the occasion? With battle lines being drawn between the Pope and the Cardinals, who will become a casualty and who will be the victor in this battle for the future of the Catholic Church?