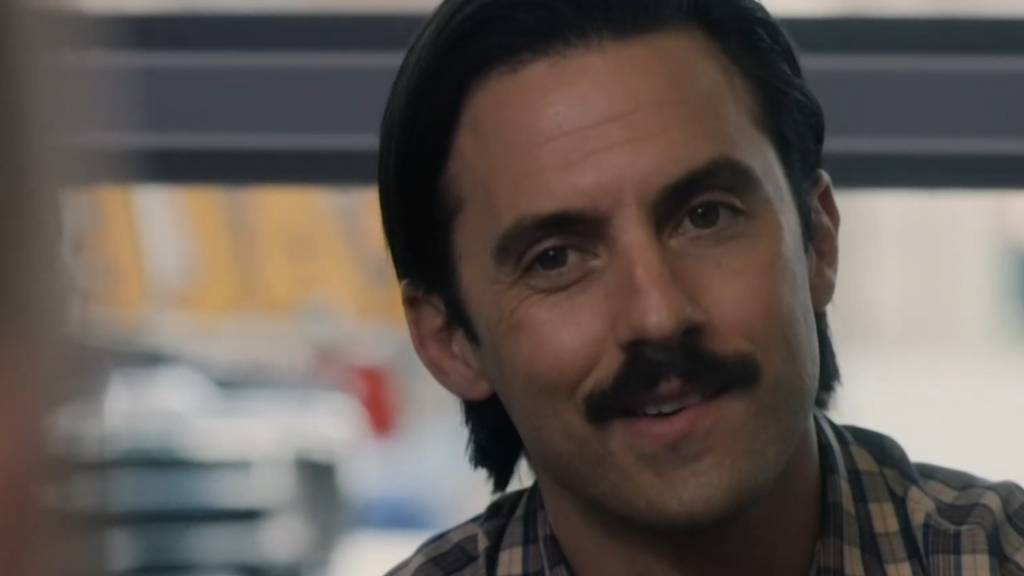 This episode, “The Car”, concluded the tribute to Jack. Last Tuesday we watched Jack’s final day on earth ending with the crockpot. This past Sunday we watched Jack jump back into the house to rescue Kate’s dog after safely getting his family out of the house only to inhale too much smoke and die from a catastrophic heart attack. And in this week’s episode, we ended on Jack’s funeral and a final farewell by his favorite tree.

While this episode had a few beautiful moments, it wasn’t as strong as the previous two episodes. Mostly because the writers were perhaps too focused on highlighting Jack’s sainthood characteristics, which we have already seen the past two seasons. The strongest elements in “The Car” were when we stepped away from the memories of Jack and focused on the funeral and reception afterward. Kevin fighting with Randall about being the man in the house even though all Randall wants to do is help their mom. Kate starting to blame herself for being the reason that Jack died and wanting to get rid of their dog. And Rebecca is not only saying goodbye to husband after twenty years, but she dealing with the guilt of not being there when Jack died. Thankfully Dr. K returns to give her that strength she needs to keep moving forward in a beautiful, moving speech that only Dr. K can give.

But these moments do not save the episode. While the past three episodes were a tribute to Jack, we have been watching this tribute for two seasons, in particular, this season. The moments with Jack throughout this episode did not lead us into a new direction or progress the plot forward. Instead, they repeated what we already knew – Jack Pearson was a great father. He reminds Kevin and Randall how lucky they are that they have each other and hope that one day they can have a good, strong relationship. He allows Kate to skip school to go to Alanis Morissette signing and tells her to pursue music as a career. And he is the supportive husband to Rebecca when she has a cancer scare. But by the end, I felt pounded over the head with Jack’s sainthood especially with his speech to the car salesman. If you took away all the great moments we have witnessed so far in the series with Jack and his family then these memories would mean something more. But since we have been seeing them all season long, the memories felt they were filling time.

Now that we are wrapping the mystery surrounding Jack, I’m so curious to know where the show will go from here. There was one line in this episode that I thought was very intriguing. It was at the end of the episode with Rebecca and the kids standing by Jack’s favorite tree. Rebecca, after finding the strength thanks to Dr. K, tells both Kevin and Randall that she doesn’t want either one to be the man of the house, she wants them both to be teenagers. And then she turns to Kate and tells Kate that Jack’s death wasn’t her fault. Jack decided to go back into the house on his own. His heroism (pride) is what lead him to make the decision, which ultimately leads to his death. It’s not often that the show points out Jack’s faults. Yes, he has had trouble with addiction and occasionally will make the wrong decisions, but the writers have not spent a lot of time with his imperfection. I’m curious now that the mystery solved if the writers might go in a new direction with Jack.

With the flash-forward scene with Tess and Randall on Sunday’s episode, This Is Us shows it isn’t afraid jumping time periods. They use it not only as surprise reveals to keep the tradition they started in the pilot, but they use it to help define the characters and fill in the blanks. Up until now, they have focused on certain ages of the big three with the primary focus with their relationship with Jack. With Jack’s mystery solved, perhaps we will be seeing additional time periods in the Big Three’s life such as graduation, college, the later twenties, etc.. as they deal with losing their father.

What this all means is there is an endless amount of possibilities the show can take as it closes the chapter on a mystery that has spanned almost two seasons. The show created a beautiful tribute to Jack with the last three episodes and really did a good job highlighting the strengths of a character throughout the two years, but the mystery surrounding his death was running its course. It can only sustain for so long without it being repetitive or forced. Now that it’s over, there’s a new energy surrounding the show. Where are we going to go now? The show returns after the Winter Olympics with the last remaining episodes of the season and I’m excited to see what happens next.