The third episode of True Detective shows the weight and pressure of the Purcell case on Wayne’s relationships with his wife, kids, and partner. While more clues appear in the murder of Will and the disappearance of the Julie, it’s the damage the case has done to Wayne’s life that takes center stage.

When we last saw Wayne he awoke after a blackout on the corner of Shoepick Lane near where the Purcell children disappeared. These blackouts are becoming more common, and Wayne’s cognition problems are getting worse. They not only affect himself, but Wayne’s son Henry takes the brunt of his fathers worsening mental state. A doctor Henry takes him to see expects Wayne’s memory issues to continually worsen, insinuating it may be time to find a group home to put Wayne in. Wayne’s response is not a comforting one, as he threatens, if “you try putting me in a home, I’ll off myself.” The threat of suicide, especially for a detective whose work depended on a sharp intuition and keen insight, is not something to take lightly. He’s serious about ending his life and Henry knows it.

There’s a scene later in the episode with Wayne recording himself talking about what happened that day, and in it a loaded hand gun sits on the desk next to him. Suicide is definitely one way out of his predicament, but finishing the case nags at him, and probably is the only thing keeping him from doing it. While he sits at his desk, the ghost of Amelia appears to him visually, throwing him for a loop, and distressing the hell out of him. Her appearance is like the ghost of Hamlet’s father, pushing him to get to the bottom of the mystery and finally finish the case. She insinuates there is something left in the woods still. It’s either something he missed, or something he purposefully left there, but she makes it sound like she knows he’s scared others will find what he missed. It’s the drive to solve the open case that’s haunted him all his life and pushes him on. He needs to finish before his mind is so degraded it won’t let him. 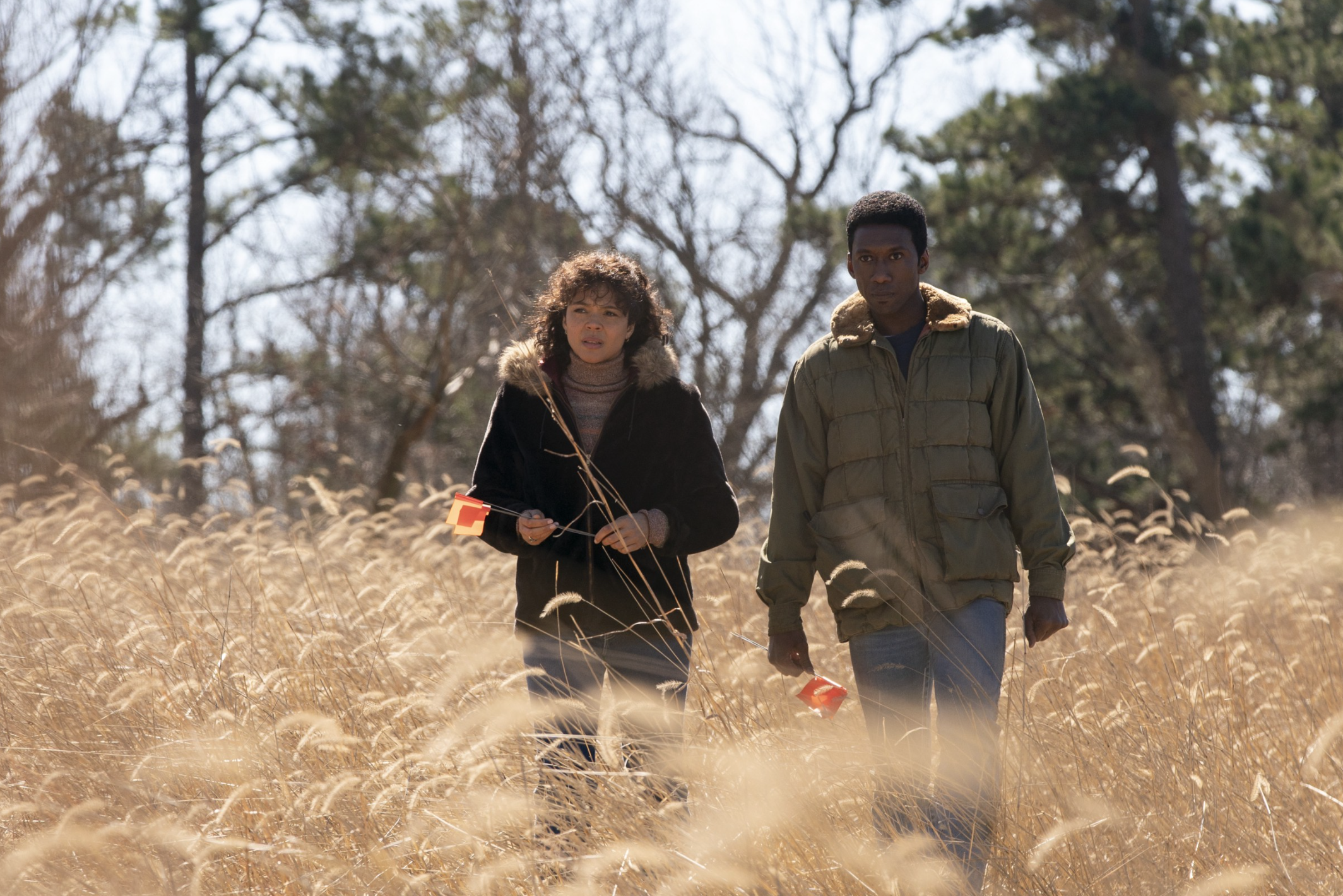 The Purcell case has an interesting effect on Wayne’s life. He met and married Amelia because of it, despite how opposite they are in a lot of ways, but the case also creates a wall between the two of them that appears to have slowly worn down their relationship. It could be the fact that she wrote a book about the case, or that her constant interest and involvement in it agitated Wayne when he wanted to forget about it. It could also be that the unfinished nature of the case, and mystery of where Julie was ate at him until it hollowed him out as a person. If you couple the nagging weight of this cold case on his shoulders with his career disappointment, it’s a recipe for a lot of negativity in ones life.

There are glimmers of how Wayne went wrong with his relationship with his kids, and how he alienated his daughter so much she wanted nothing to do with him anymore. An incident in 1995 at a Wal-Mart (and holy crap how time period accurate the store looks! carpeted polls between aisles so they don’t get scratched from carts anyone?) where he loses track of Becca and completely freaks out, shows how hard he could be on his kids. Though he only wanted to protect his children, it’s a terrifying incident that would definitely scar a kid. We don’t know what else happened between Wayne and Becca that estranged her from him, but clearly a lifetime of dealing with his anger and fear issues was enough for her to shut the door on their relationship for good. 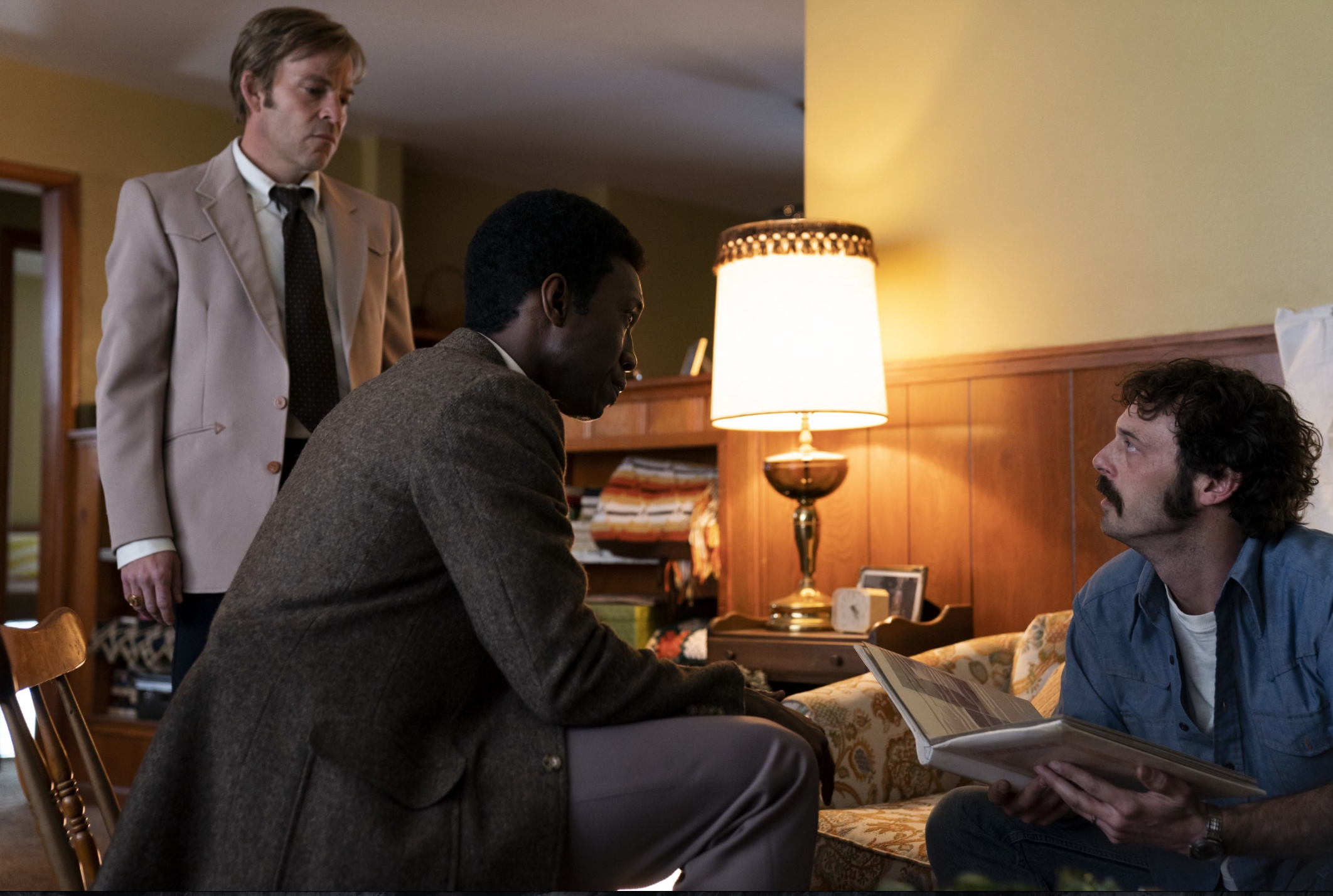 Back in 1980, Wayne finds more clues at the Purcell house. It appears Dungeons and Dragons played a big role in Will’s disappearance. He and Julie were lying to their parents about playing with a neighbor kid, and would instead meet someone in the woods to play the game with. Wayne’s exploration of the woods leads him to Will’s D and D dice, a bag of toys (more creepy dolls, Star Wars figures, and Fisher Price doctor kit), and the exact spot Will was murdered. The crime scene is right near an unmarked farmhouse, and the owner is not as cooperative as Wayne and Roland would like. What they do glean from him is that he saw the Purcell kids with a black adult male and a blonde woman who drove a newer brown car. Who are these people, and how did they befriend the Purcell kids? Was the blonde woman their mother? Wayne also found encouraging notes written to Julie, but who are they from? Did Lucy’s pedophile cousin Dan write them? At the end of the episode Wayne finds a confirmation photo of Will with his hands in prayer, that looks exactly like how they found his body posed in the woods. Who had access to this photo?

In an interview Roland gives in 1995 to the same lawyers Wayne talked to, he reveals that Wayne was fucked over by the prosecutors back in 1980. Something they did ruined his career, and despite Roland’s best efforts to hire Wayne for jobs, there was always interference from up on high making sure Wayne’s career stalled out. What happened to make Wayne such a pariah within the state police? Did he say something they didn’t like, or botch the case in some way? Is it possible he may have killed the suspect in a shootout Roland took a bullet during, and because of it they were never able to find out what happened to Julie Purcell? Where has she been all of these years? 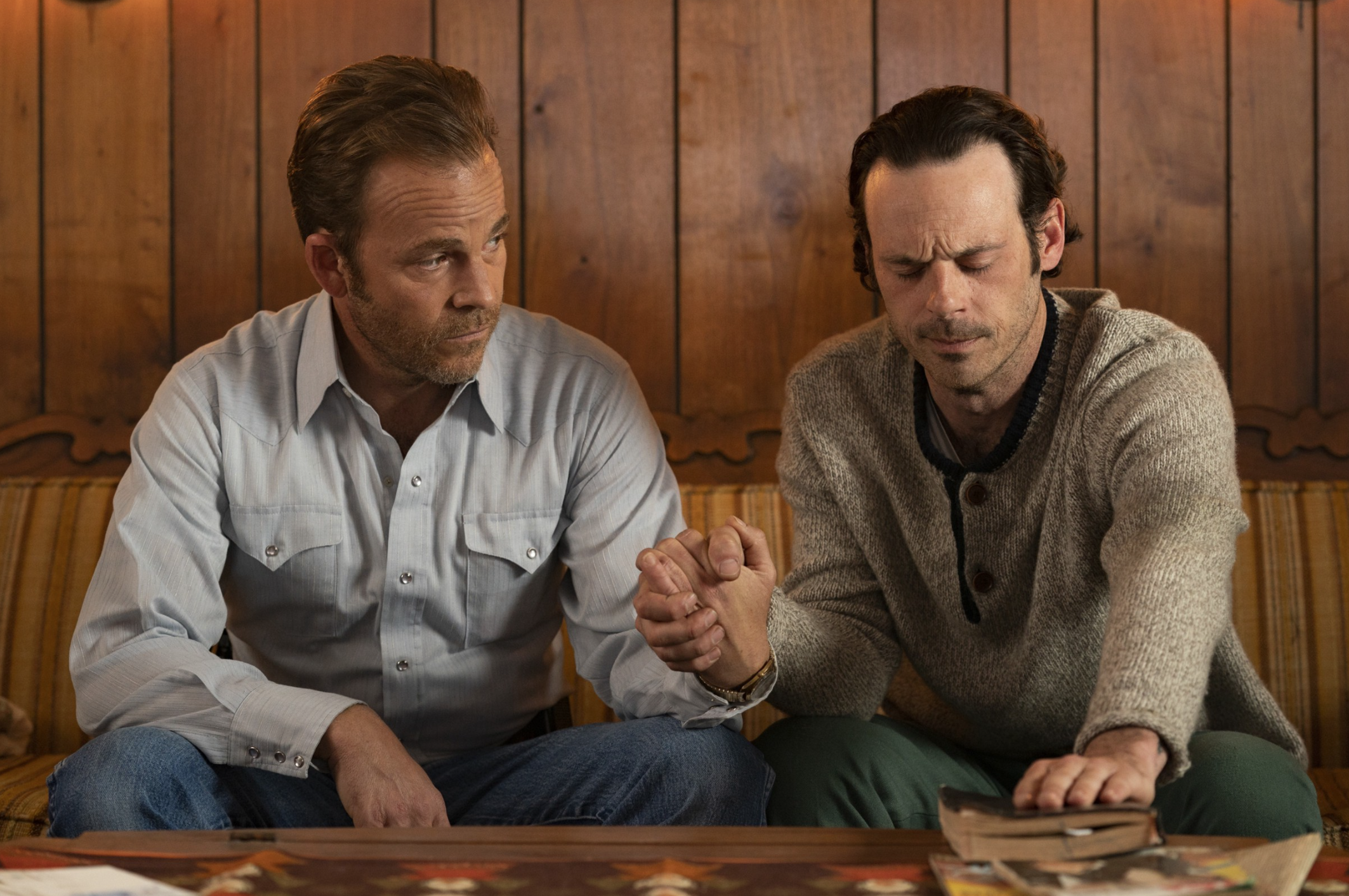 Her apparent reappearance in 1995 based on fingerprints found at a Walgreens store is enough evidence to reopen the case. Roland is in charge of the new investigation, and his first stop is to a sober, and religious Tom Purcell (Scoot McNairy). Tom gives his blessing (in an awkward hand holding prayer moment) to Roland, encouraging him to get to the bottom of the mystery. In order to do that he tracks down an embittered, and closed off Wayne at a VFW, to offer him a job on the new task force. They exchange barbs that only old friends can get away with before Wayne accepts. Roland is offering him a chance at redemption in 1995, but by 2015 things are still not solved. What happened the second time around, and will an increasingly forgetful Wayne in 2015 be able to close the case? Either way, this season of True Detective is leaps and bounds better than season two. I’ve given myself fully to the mystery.