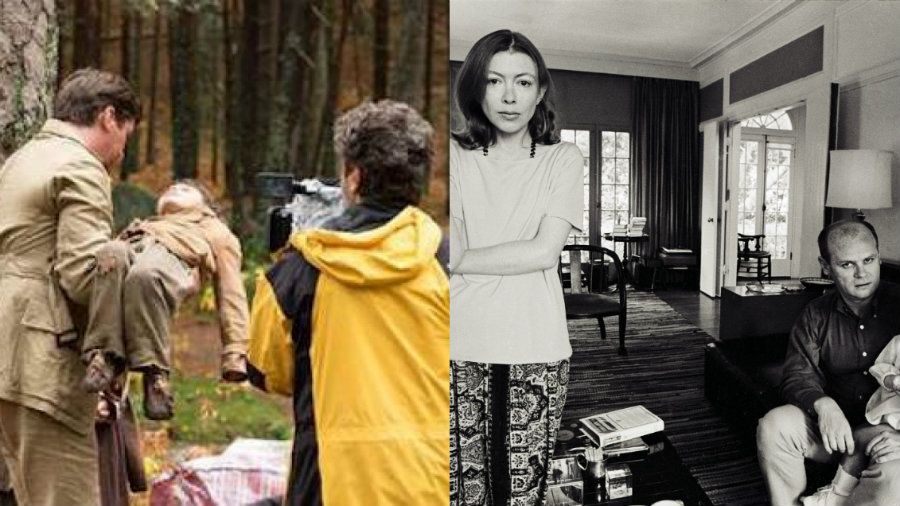 This might be a shorter “Under the Radar” than usual just because I want to call attention to a couple docs being released this week that as the title says might be “under the radar.” (My editor in chief Jeff Sneider was ragging on me the other day for picking such esoteric films for this Saturday column, but that’s kind of the point, isn’t it?)

I’ll start with Joe Berlinger’s new doc Intent to Destroy: Death, Denial & Depiction, which I first saw at the Tribeca Film Festival in April.  You might know Joe’s name for his Oscar-nominated films like the Paradise Lost trilogy or the movies he’s made with Metallica, like the doc Some Kind of Monster, but Intent to Destroy is definitely a departure for him.

On the surface, it’s a movie that goes behind the scenes of Terry George’s drama The Promise released to little fanfare in April, which had Oscar Isaac and Christian Bale as two men who get caught up in the Armenian genocide by the Turkish government that took place in 1915. Even saying the word “genocide” in describing what happened in Turkey during World War I would have certain factions in arms, because the Turkish government has denied for a century that it actually was a genocide. The U.S. government can’t even refer to it as a genocide for political reasons that would cause friction with our Turkish allies, which is just ludicrous.

On one side, Berlinger’s camera follows the production of George’s film — which honestly I wasn’t a huge fan of — but then he talks to some of those involved with the production as well as key people from the Armenian community including Serj Tankian from System of a Down, who also provides the film’s score, Eric Bogosian and Canadian filmmaker Atom Egoyan. They all provide some interesting insights into the situation between Turkey and  the Armenian people who have had to wait 100 years for any sort of recognition of the misdeeds done by the country’s past leaders.

In some ways, Intent to Destroy brings a very necessary context to The Promise that may have been lacking for the critics who reviewed it (including myself), so it’s a great companion piece. It’s also a great teaching and learning tool to keep people apprised of things that happened in the past which could theoretically be repeated if we were to forget how they happened.

It’s a really well-made doc that strikes a lot of emotional chords, although it’s also dealing with a very serious subject in a serious way, so if you’re looking for laughs, then Intent to Destroy probably won’t be for you.

(Note: I had a chance to talk with Berlinger last week, and I hope to run that interview sometime soon.) 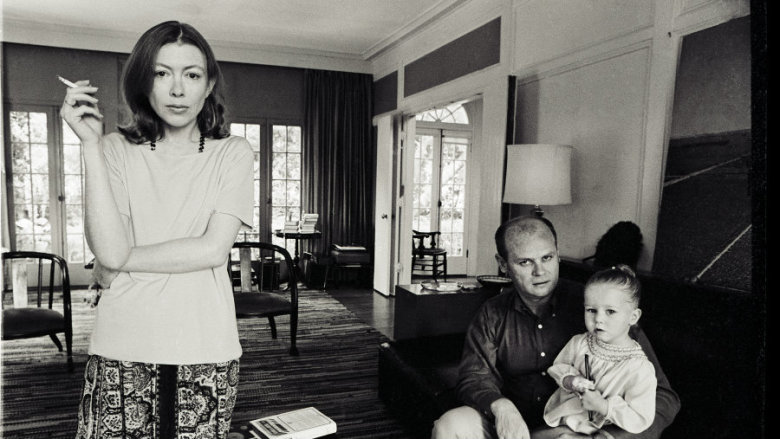 It will be far easier to catch Griffin Dunne’s Joan Didion: The Center Will Not Hold because it’s currently streaming on Netflix, being a Netflix Original, but it’s also playing at a couple theaters including the Metrograph in New York City and the Laemmle Music Hall in L.A.

I will freely admit that I had no idea who Joan Didion was when I first heard about this movie and started seeing the trailer (see below) regularly while seeing other movies at the Metrograph.  I knew who director Griffin Dunne was, of course, but I didn’t really know anything about his aunt, so it’s amazing that he made this movie about her while she was still alive and could take part in telling her own story.

After seeing the movie, I felt even sillier admitting I didn’t know Didion or her work because she’s absolutely an amazing journalist and author and woman, whose work has been so inspiring for so many generations. Dunne is able to take a very personal and intimate look into her life because he was and is a part of her life.

Didion first got attention as a journalist covering the Summer of Love ’60s out of Haight-Ashbury, but her fiction helped build a cult following around her writing, as her and her late husband John Gregory Dunne created a circle of celebrity friends that included Harrison Ford, Steven Spielberg, Warren Beatty and more. She also reported on some of the biggest breaking stories including the Central Park jogger case, and hearing her talk about her interest in these stories is quite inspiring.

Didion talks about all these things in Dunne’s documentary, which he produced with his daughter and Didion’s grand-niece Annabelle Dunne, who also produced the Nora Ephron doc Everything is Copy.

It would be doing a disservice to the film to say too much more about Didion, her life and her body work, because you can find out about all these things by watching the film. It’s a very well crafted film that seems like something that should have a certain interest to other writers, authors and journalists, men and women alike.

On that note, I’ll leave you with the trailer for Joan Didion: The Center Will Not Hold, which I’ve seen at the Metrograph probably half a dozen times, which is what got me interested in the first place.