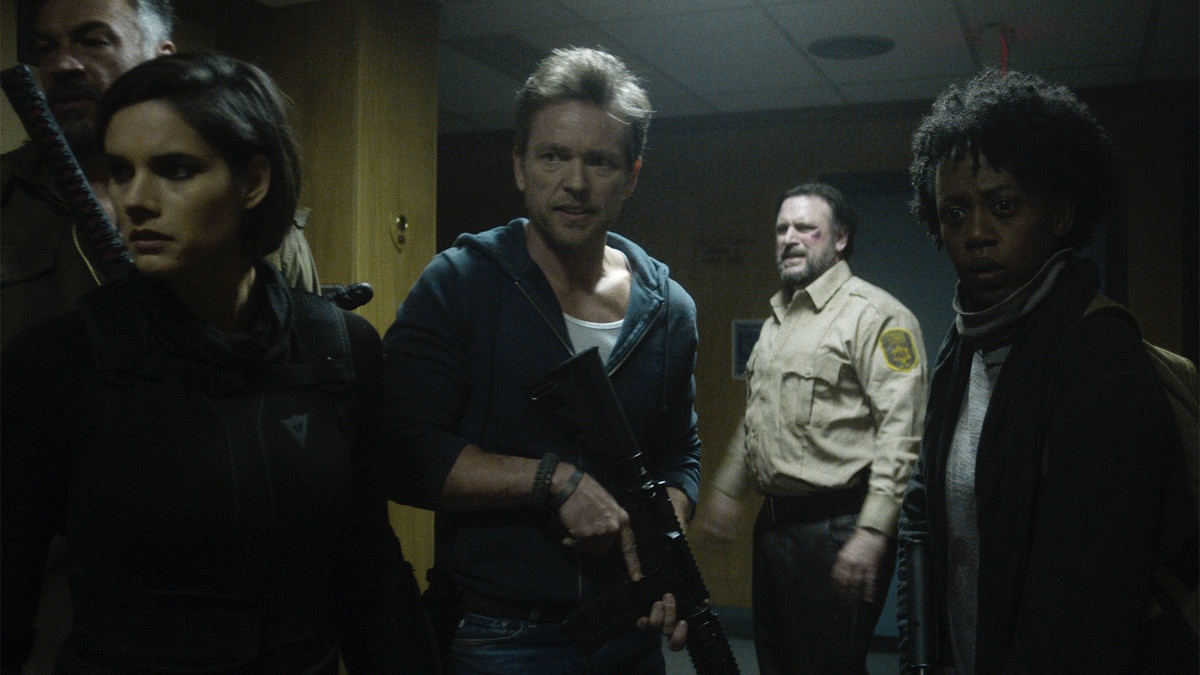 Van Helsing adds to its eight-episode winning streak with “Wakey, Wakey.” This is the second week in a row without the title character, she’s barely even mentioned, but the show remains both entertaining and heartbreaking without her. I’m not saying I don’t want to see Van again, I’m just pointing out how much better and stronger the stories are this season.

There are three main pieces in tonight’s episode. One is Scarlett Harker’s backstory, beginning in 1996. Then there’s Scarlett’s current story with Axel. Finally, Doc and Julius get their own bit. The group starts off together at the cannibal sheriff’s compound as he gets attacked by The Sisterhood. Sheriff Cannibal lasts about five seconds against them. Axel, Scarlett, and the rest break free, but they don’t really know their way around, much less how to find the back door. Deputy Wayne shows them out but gets attacked and bitten by Sheriff Vamp. Doc puts him out of his misery. She had to, they’re in the middle of fight and flight (and maybe saved a few bucks not having him around.) 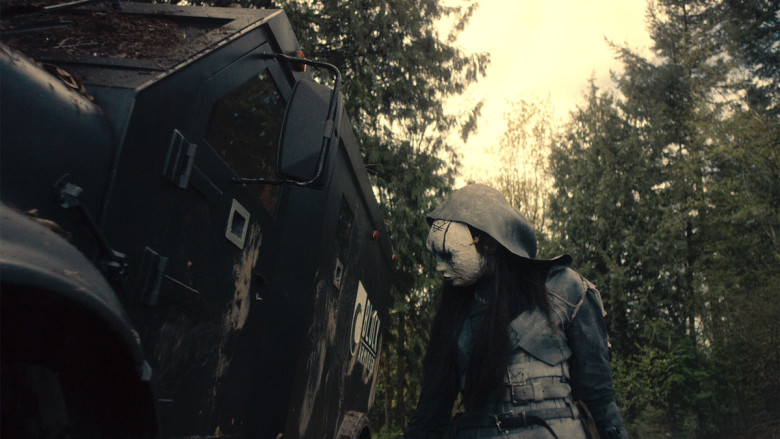 Scarlett gives Julius the mystery key for safe keeping while she and Axel lead The Sisterhood away from the path to Crooked Falls. Doc and Julius head for the safety of the hidden mountain citadel. Dmitri and Scab follow Doc and Julius, he thinks Scarlett’s trail of blood is a trap. The Sisterhood doesn’t care, they chase Axel and Scarlett. Eventually, they end up at a cemetery, hallowed ground is the only place the ancient evil coven refuse to enter. Scarlet and Axel use the obstacle to escape. They find an armored car filled with dead people and take shelter in its relative safety. It’s filled with useless money but cozy.

The flashbacks of Scarlett’s past paint a dreary picture. The local townspeople thought her dad was a doomsday prepper at best and most wrote him off as crazy. Scarlett’s peers called her “Scary Scarlett” and the boys were terrified of her. Kids are mean, vampires or no. Scarlett took it out on her dad, most kids would. He’d spent her youth preparing her to fight vampires, something no one thought existed. Then one day, a vampire strolled into town looking for the Harker house. Scarlett didn’t want to fight him, though she already knew how to throw a mean knife. Her dad stepped in and shot the killer vamp twice, but he made Scarlett finish the thing. She didn’t want to, the thought of it made her cry, but in the end, she chopped its head off. Then, her dad faked their deaths by digging up a couple of corpses and burning his house down around them. Had to be the worst childhood ever. On the other hand, she’s a tier one operator now. 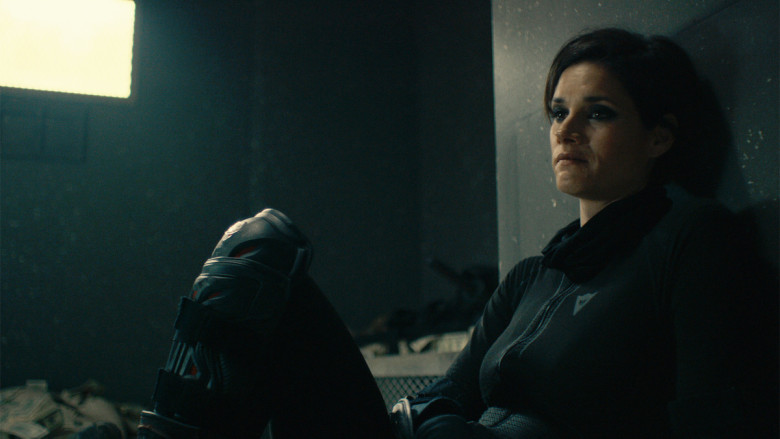 Axel had his burdens too. When he was thirteen, his parents asked him to watch his sister. He dropped her off at the park while he went to play ball. She was never seen again. His parents didn’t blame him, but he always carried the failure to protect her. That explains his commitment to both Doc and Van in season one. Then, Scarlett and Axel enjoy the excitement on a bed of cash. The night is good, but they wake up surrounded by The Sisterhood. Axel and Scarlett are out of bullets and The Sisterhood starts to smoke them out. They have to fight.

The sisters are tough, practically unbeatable. Eventually, Axel stabs one in the eye. Another one bites Scarlett. Then, her wound heals up. When the sister turns human, the last vamp kills her and runs off. Van bit her a few episodes back in the bunker, now she has these new abilities, like the quick healing. Scarlett’s dad told her the training would all make sense someday, but the longer she lives, the less it’s true. Instead of heading for Crooked Falls, they vow to find Van Helsing. 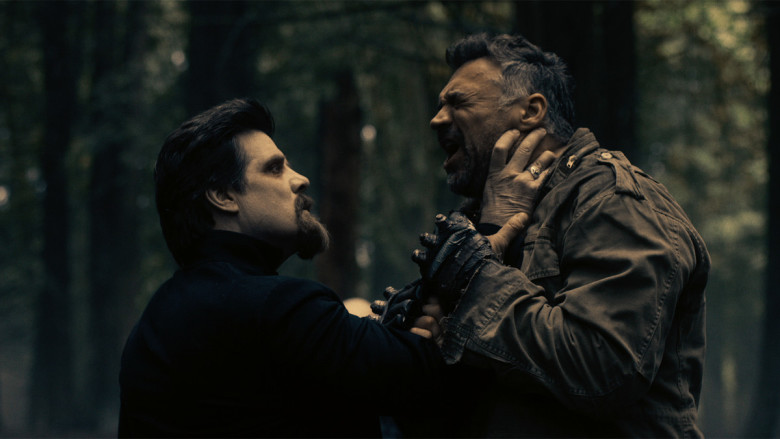 Doc and Julius don’t get the same happy ending. They frequently stop for food, Julius has a lot of catching up to do. They didn’t have nachos, red-vines, Kit-Kats, or many other terrible snack foods the last time he had taste buds. Doc enjoys watching him discover the simple delights. He asks what’s the weird energy between her and Axel, but she never gets around to telling him. Dmitri and Scab catch up to them in the woods. There is a brief fight, Julius doesn’t give in at all. Dmitri either kills him, or breaks his back. Either way, Julius is out and Dmitri takes the mystery key form his pocket. Scab wants to feed on Doc but Dmitri explains her blood is sour. Dmitri tells Doc to run along and tell Scarlett what happened to Julius and the key. I get if they killed Julius, but I really hope they didn’t.

No sign of Lucky and Phil with their new group of people this week and God knows what Sam’s been doing with Mohamad for the last few episodes. It has to be ghastly.